Nipsey Hussle wasn't just a rapper. Here's what he wanted to do for Atlanta's youth

"There was a group that knew him and a group that didn't" said Big Tigger. “Unfortunately, this has put a brighter light than may ever come to him.” 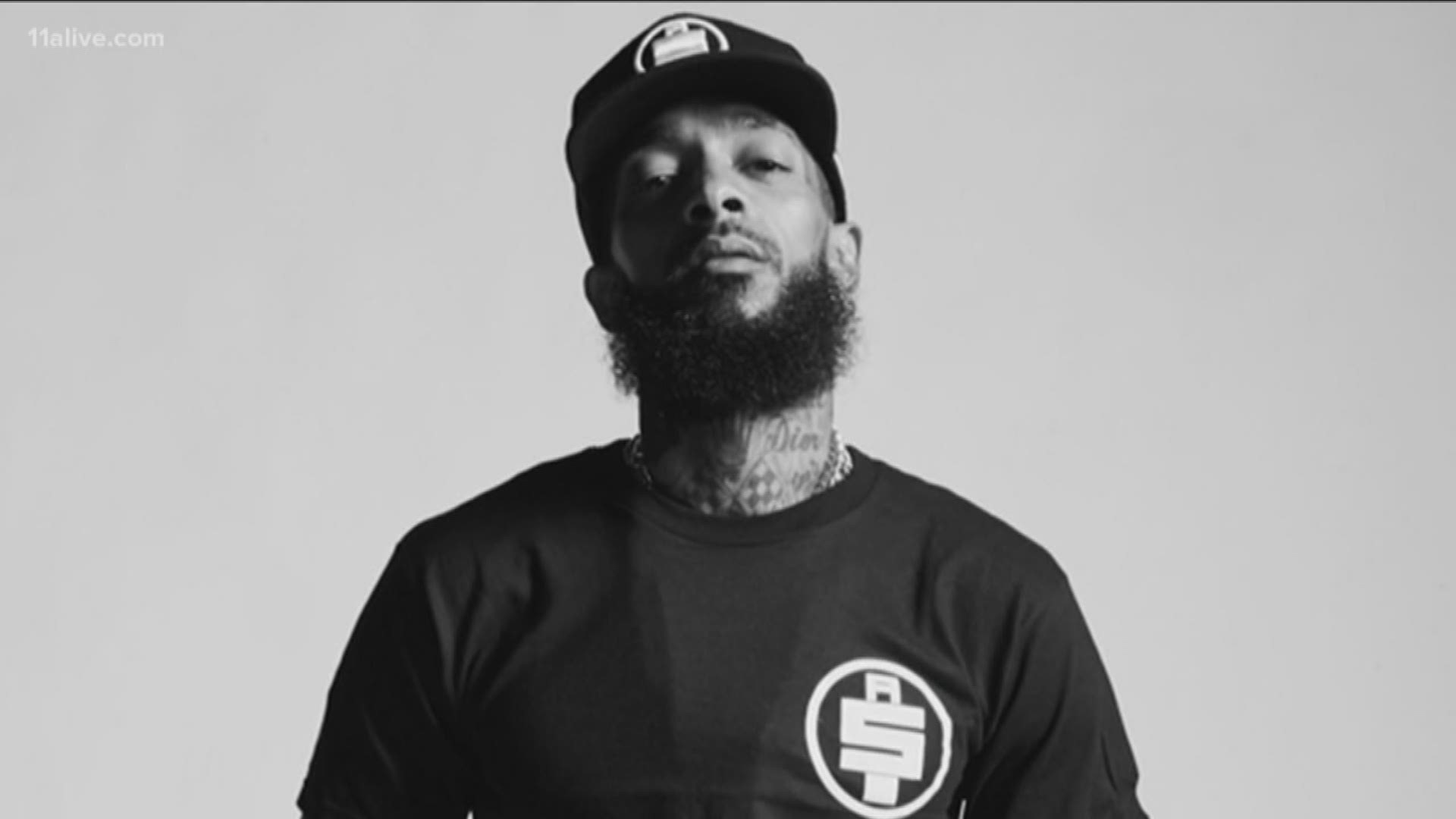 ATLANTA — If you didn't know who Nispey Hussle was before was killed, then you might not know why his death is sending shock waves across the world, social and traditional media.

Hussle, a Grammy nominated rapper, was killed on March 31 outside of his store in Los Angeles -- a store housed in a strip mall that he purchased.

At the time of his death, Hussle was working on documentaries, on investing in his hometown of Crenshaw, and working to bring STEM programs -- Science, Technology, Engineering & Math -- to major cities, like Atlanta, to help kids get involved with those disciplines.

Big Tigger explained, this is why his influence was respected and why his loss is unexpected, because all of the things he did outside of music.

“(He) provided opportunities for those who didn’t have," he said.

“He was a culturally grounded person and a lot of people gonna miss him," said V103's DJ Greg Street.

Street knew Hussle and was with him for a launch party for one of his sneakers. Hussle was a brand ambassador for Puma.

“Owning his own businesses, owning his own and land and not spending money on cars and jewelry. He really knew what to do with his money and with his success," said Street.

At the time of his death, Hussle was reportedly working on a documentary about Dr. Sebi, a Honduran realist who claimed to cure all disease with herbs and a unique vegan-based diet. Controversy surrounded Sebi’s 2016 death, when he died of pneumonia in a Honduran prison. It was reported that Sebi was arrested for money laundering. His followers questioned his death, claiming it was a conspiracy to silence him and his work, as it was different from traditional medicine.

Big Tigger said he received confirmation that his project would continue, “I talked to Nick Cannon minutes ago. Nick Cannon wants to pick up where her left off on the documentary about Dr. Sebi.”

With everything that he was doing, it's no wonder why so many people reacted and paid tribute to Hussle after his death.

In the music world, Hussle was growing comparisons for being rough yet intellectual, like Tupac, and having mannerisms similar to Snoop Dogg.

Both radio personalities played Hussle's music throughout Monday. While Big Tigger only met Hussle once or twice, he respected his music, especially with his lastes album, Victory Lap.

For people wanting to experience his music, Big Tigger suggested starting with his latest album and working backwards. Greg Street says start from the beginning and take the journey with Hussle. So, you'll have to pick the path you want to take.

“I really think he’s going to get his victory lap.” Big Tigger added, “Unfortunately, this has put a brighter light than may ever come to him.”