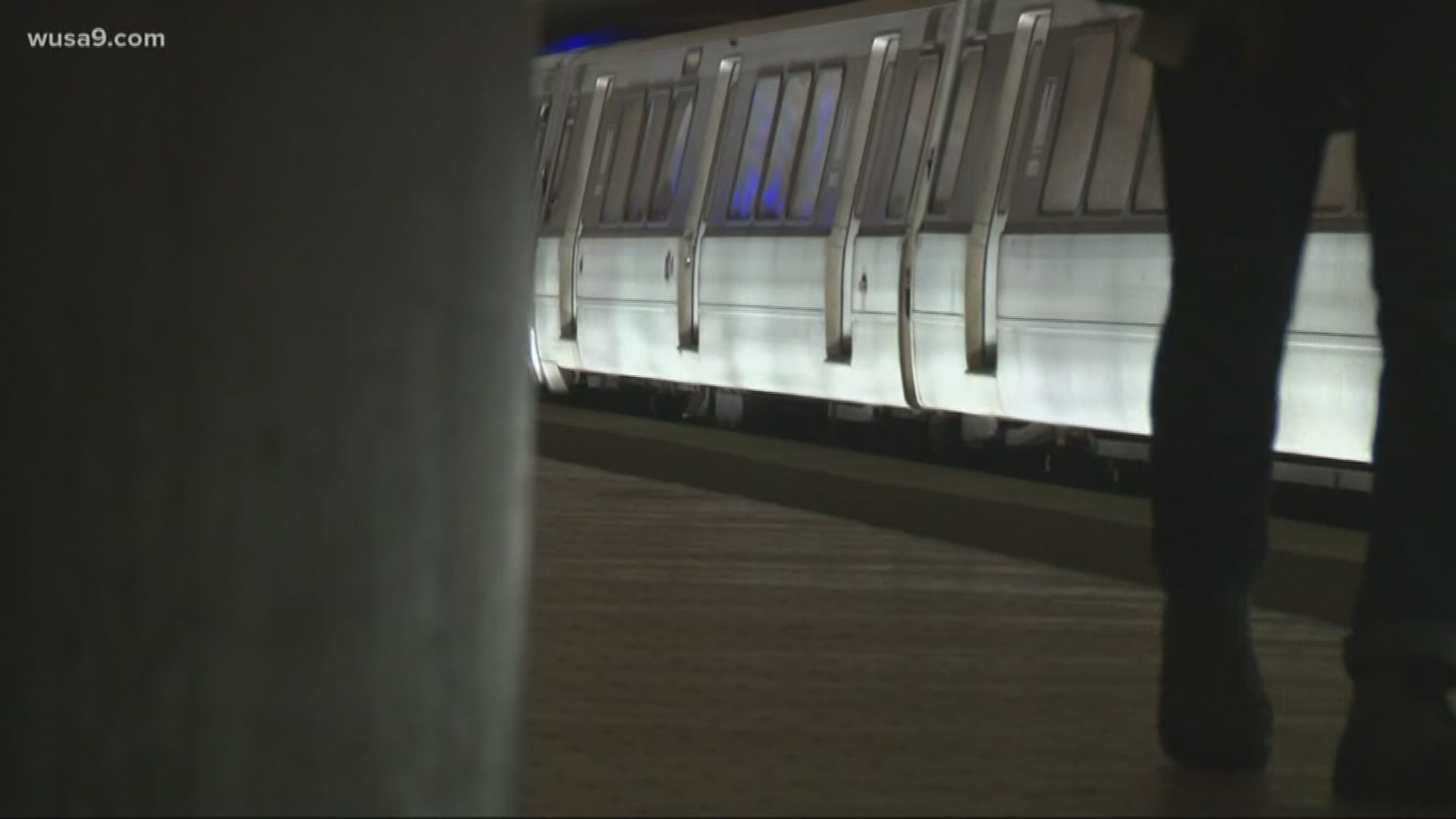 WASHINGTON — Metro now says it's "taking a hard look" at restoring late-night rail service after D.C. leaders sent a letter demanding that the transit agency makes it a top priority.

Mayor Muriel Bowser and D.C. Council Chairman Phil Mendelson are asking Metro General Manager Paul Wiedefeld for service to be restored to levels not seen since 2016 when the transit agency said it needed more time to do preventative maintenance overnight.

"The time has come to return Metrorail hours to full service, and we challenge you and the Board to make restoring late-night rail service a top priority," the letter said.

Bowser and Mendelson said Metro hurt riders when it scaled service back to closing at 11:30 p.m. Monday through Thursday, 1 a.m. on Friday and Saturday and 11 p.m. on Sunday.

"The unintended consequences of this action hurt the region’s economy as a lack of late-night rail service prohibits a portion of the workforce from retaining late-shift jobs," the letter said.

But Thursday afternoon, Metro spokesman Dan Stessel said the transit agency is "taking a hard look at this issue,” adding that Metro leaders will present a recommendation to the board when it proposes a new budget in November. He said the General Manager "will propose extending rail service hours as late as possible without compromising Metro’s safety and reliability turnaround."

Bowser and Mendelson said the transit agency must prioritize late-night service as it formulates its new operating budget to go into effect next summer.

RELATED: A 4-year-old with autism was having a 'meltdown' on the Metro. Then this officer stepped in to help