'You recruit the soldier, but you retain the family' | Sen. Susan Collins urges passage of bill to give surviving military spouses full benefits 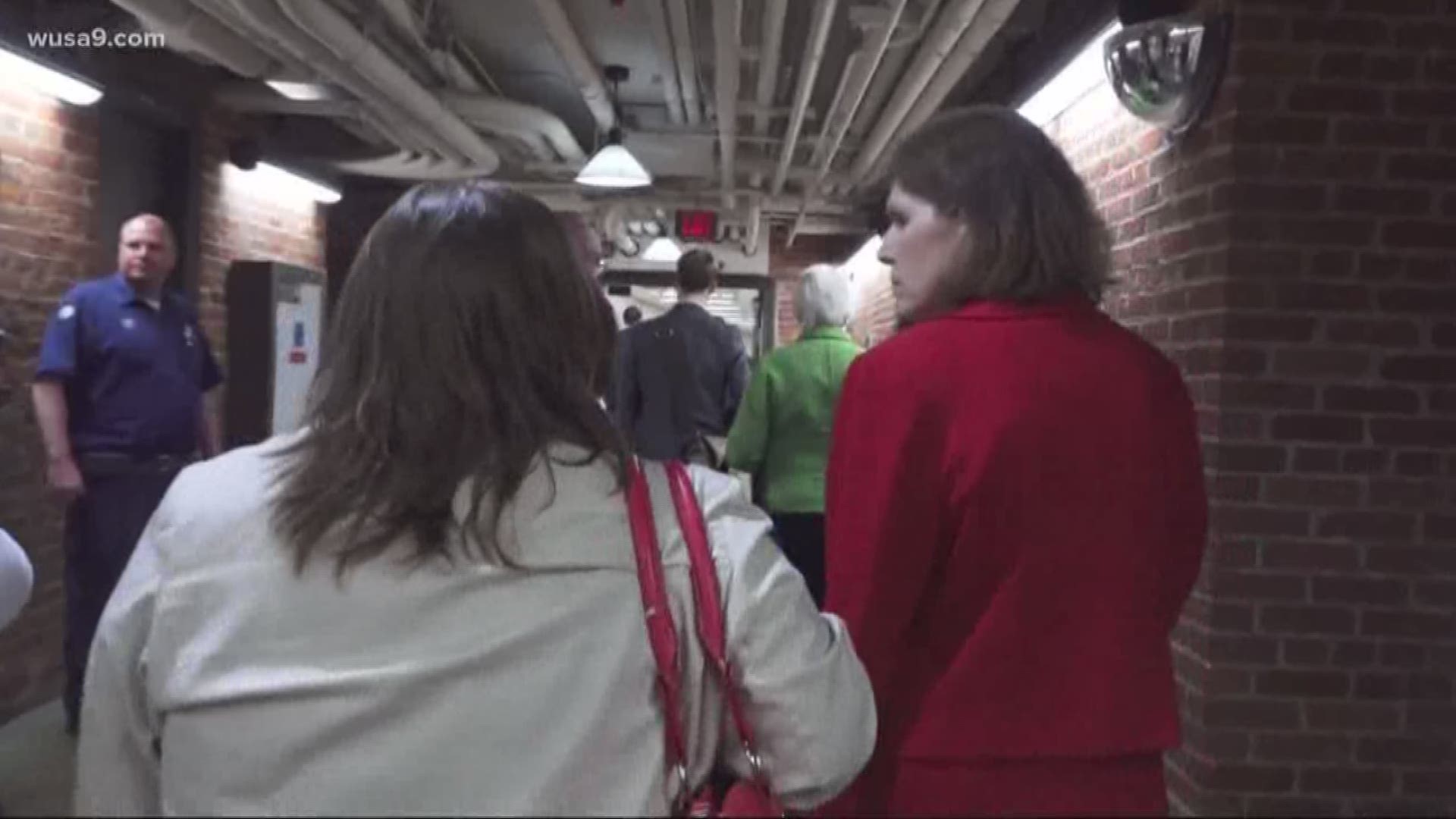 WASHINGTON — For nearly a year, we've been on a journey with surviving military spouses as they fight to change a law that strips them of $12,000 a year.

And now, the Senate legislation that would get rid of the SBP DIC Offset, a law Congress passed in 1972, has reach an historic moment.

The Military Widow's Tax Elimination of 2019 has received a record high of 75 cosponsors in the Senate. Now, that's enough to bring the bill to the floor for a vote as an amendment.

Sens. Doug Jones, D-Al., and Susan Collins, R-Me., are leading a bipartisan effort to urge their colleagues to repeal a federal law that prevents more than 65,000 surviving military spouses across the country from collecting a VA benefit and an insurance compensation plan that they paid into with their own money.

Addressing fellow lawmakers in the chamber, Jones said, "I hope that our colleagues... will continue their support for our veterans and widows and work with our leaders to ensure that this amendment gets a vote during the NDAA (National Defense Authorization Act) deliberations. This is our chance to right this wrong once and for all."

While Congress has repealed benefit compensation laws that unfairly impacted veterans and survivors six times, the SBP DIC Offset is the only one that has not been eliminated.

Survivors of service members who die in the line of duty or if their death is due to a service-related disease receive a $1,300 monthly tax-free benefit from the VA called the DIC, or Death and Indemnity Compensation.

The Survivor Benefit Pension, or SBP, is an annuity military members pay into with their own money.

But, the law passed by Congress four decades ago, mandates that the DIC benefit a widow or widower receives from the VA be subtracted from their SBP.

"Military commanders often say that you, 'Recruit the soldier,' but you 'retain the family.' We have an obligation to make sure that we are taking care of our military families who have sacrificed so much for our country," Collins said.

Collins noted that "this unfair offset" hits more than 260 surviving military widows and widowers in her home state from receiving their full benefits.

"The problem goes back decades, but this is the year we can finally solve it once and for all," she said.

And, the Military Surviving Spouses Equity Act, a bipartisan bill in the House, also has a record 352 cosponsors.