A nonprofit brought together a group to discuss solutions, but the private companies that own and run the problematic base housing weren't invited. 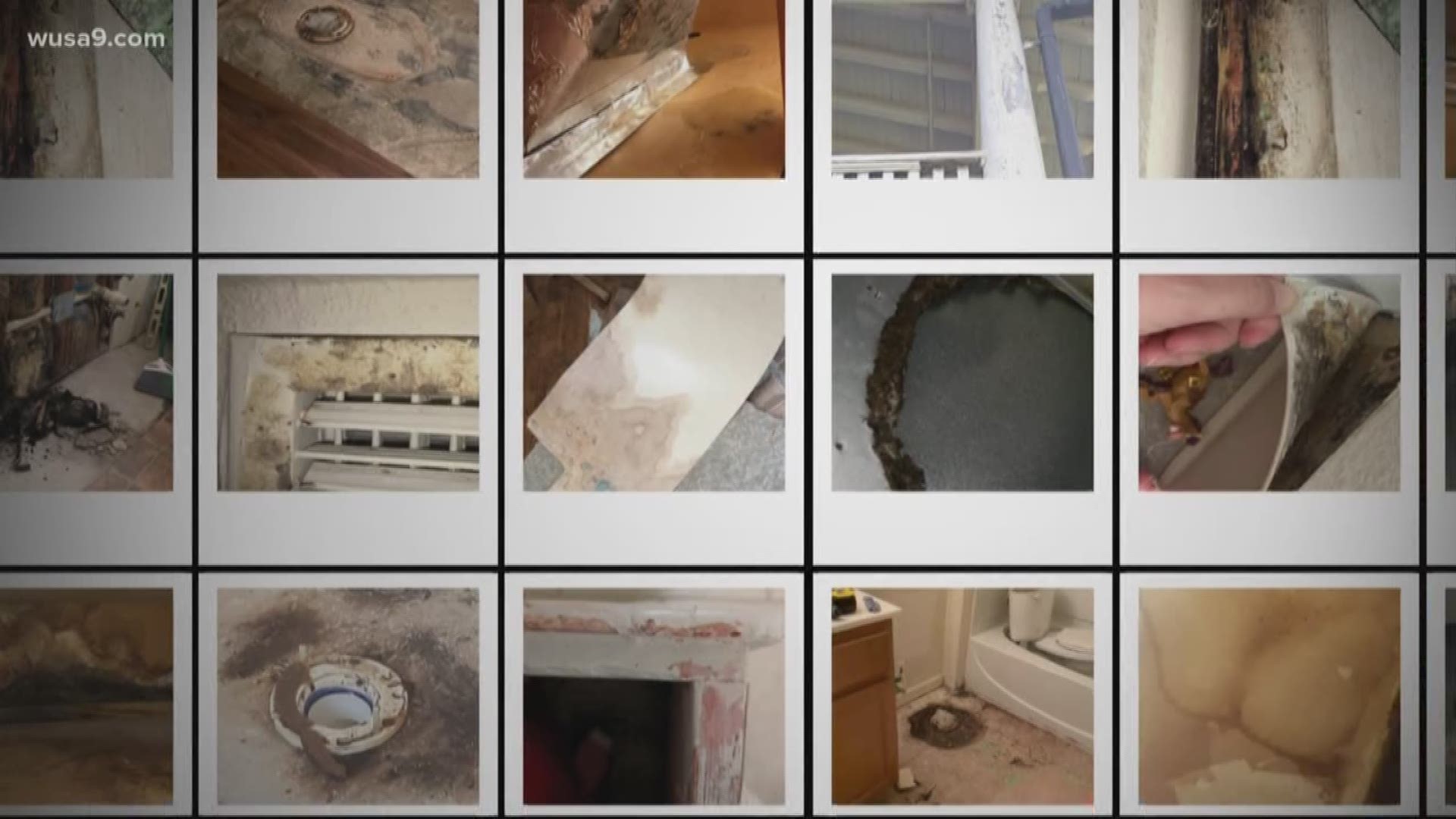 WASHINGTON — Leaders of a nonprofit working to make sure military families have a safe place to live believe they "have a long way to go."

Military housing was the topic of conversation at a roundtable meeting to discuss what WUSA9 has been reporting for almost a year: service-members are living in dangerous conditions with mold, pests and lead paint.

We've been showing you photos like these for almost a year now. They show conditions no one should have to live in, especially those who put their lives on the line to protect American freedom. But Shannon Razsadin, Executive Director of the Military Family Advisory Network, or MFAN, explained it's still happening.

"It's heartbreaking honestly," she lamented. "I'm a military spouse. I see people in my local community that are struggling related to military housing, and it's something that I can say 'we're working it,' but it's not meaningful. They want to see the change really impact their lives."

That's why MFAN organized this roundtable.

"It's really open lines of communication, sharing best practices, sharing data, figuring out where we need more data and more research, so we can work together," Razsadin said. "Nothing happens in silos. Stop pointing fingers. Let’s figure out how to get to solutions."

Advocates, leaders within the Department of Defense, business and financial experts all came together, but the private companies that own and run the problematic base housing weren't invited.

"We don't want any posturing," Razsadin said. "We're really focused on having truthful conversations and figuring out ways to work together, and frankly, there's been an erosion of trust between these housing companies and military families."

"What I hope will come will be continued pressure on the Defense Department to keep the pressure on the private companies, that we get a level of satisfaction from the military families that’s much higher than what we have right now," Warner said.

Laura Geller TV
This afternoon the House Armed Services committee has a hearing about military housing... but this time the private companies who run it will be in the hot seat. What would you ask them if you were...

He believes the nature of military life makes this problem even harder to solve. These families move every two to three years.

"A lot of these private companies realize if they can out-wait the family, if they can keep jerking them around and putting off the repairs, then ultimately that family will move away," Warner said. "That’s not a good deal for our military families."

We asked if Razsadin sees a point where families are no longer going to be having these concerns.

The group also hopes to figure out why military families feel they are stuck living on base in some cases. They’re researching why they don’t have more options and why they can’t afford certain areas where they’re stationed. MFAN believes that might get to a bigger picture solution.

"Not only is privatized housing a problem, they're also struggling with affordability and access issues off base," Sen. Thom Tillis of North Carolina said. "We need to set a standard for quality housing across the board, create best practices, and move into action. I've advocated for a Tenant Bill of Rights and comprehensive changes in the Senate, and I am excited to take this next step with the Military Family Advisory Network to move towards a solution for military families — wherever they live."

RELATED: 'It turned into a nightmare' | Military families demand help from lawmakers on Capitol Hill