A special monument to Old Glory at Hampton VA

Employees dream up, then build a rock garden pillar to the American flag, service branches, and POW-MIA's. 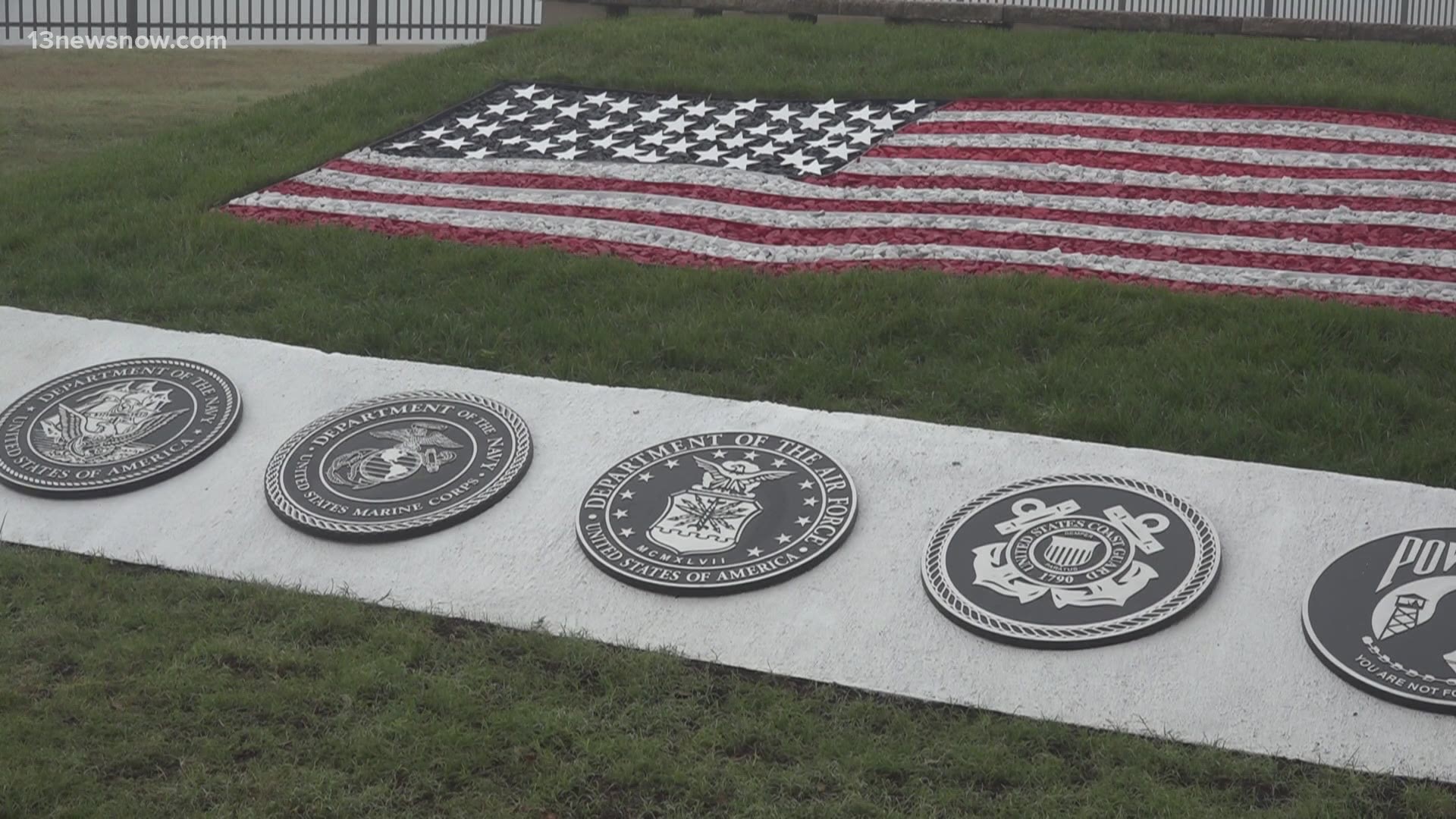 HAMPTON, Va. — The Hampton Veterans Affairs Medical Center is ready for Veterans Day in a big way, with a brand new monument dreamed up and built by the employees themselves.

In what was a vacant field along the banks of the Chesapeake Bay now sits a pillar to Old Glory: a garden of red, white and blue rocks aligned to resemble the American flag, with medallions for each of the branches of the Armed Forces, plus one saluting Prisoners of War and those troops who are still Missing In Action.

"We were doing projects to aesthetically make the Hampton VA look better," said Geiger. "And then, as we were coming up with ideas, a couple of us decided, you know, why not do the American flag?"

Added Cowell: "This monument means so much, not only to us but to each and every veteran that comes through here, each and every American that sees it. And our greatest joy is to come out there and seeing people taking pictures of this monument. And that is really a joy."

And the team isn't completely done. Next, they want to put up some lights and some benches, so veterans can come out to this place, day or night,  to sit and reflect.

As for Veterans Day itself, the Hampton VA Medical Center will celebrate a day early, holding its annual ceremony on Tuesday,  November 10 at 11 a.m. This year, because of COVID-19, it will be virtual, on Facebook.