Captain Brett Crozier was removed after his letter spelling out his coronavirus concerns went public. 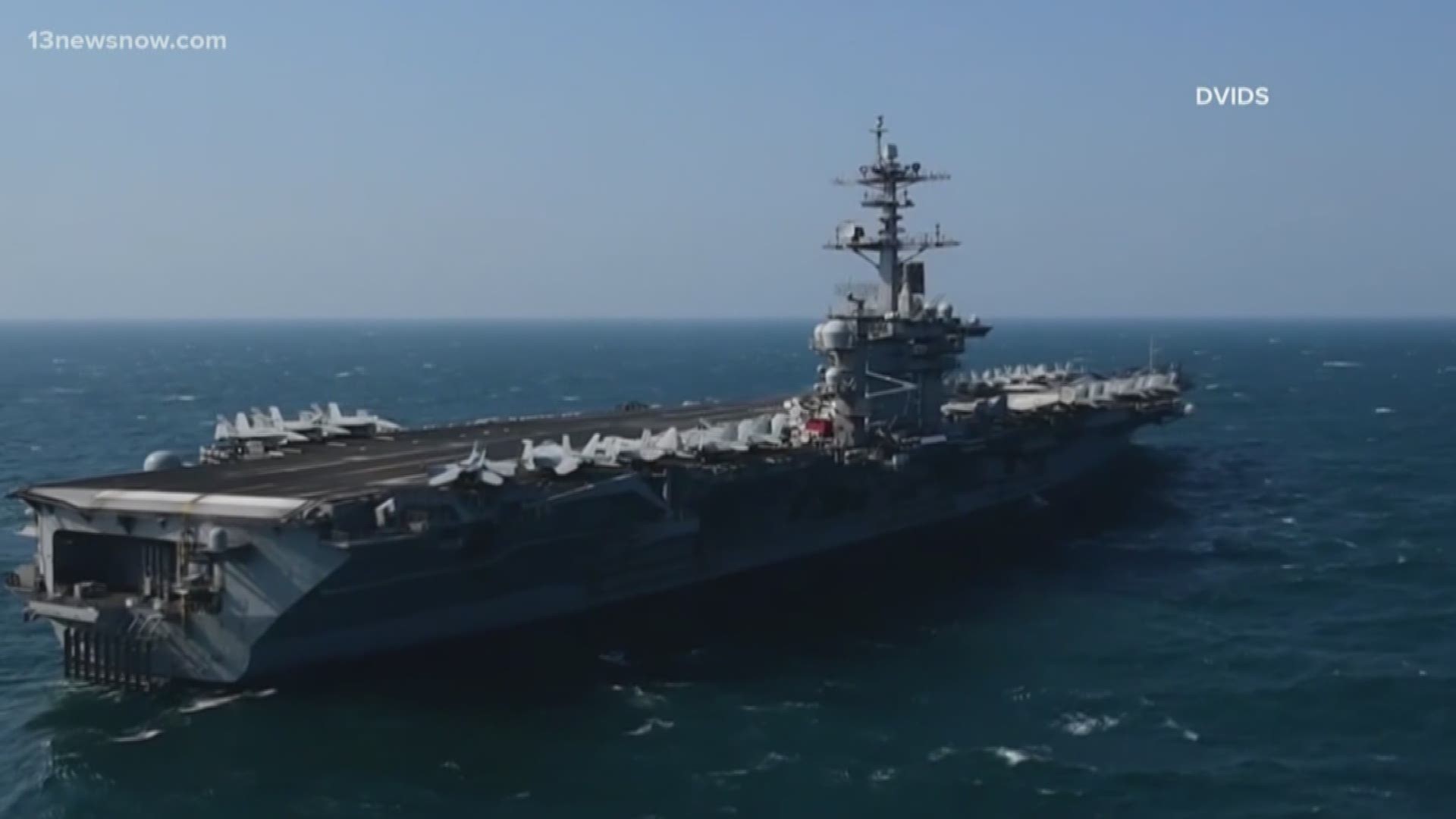 NORFOLK, Va. — Some people might say Captain Brett Crozier should get a medal for what he did. Instead, he got fired.

His crew made clear how they felt as Crozier departed the USS Theodore Roosevelt. Numerous videos on Twitter showed hundreds of sailors gathered in the hangar bay and chanting his name when he left the aircraft carrier in Guam.

Acting Secretary of the Navy Thomas Modly announced Thursday he relieved Crozier of duty after the CO's letter seeking help with the coronavirus cases on the TR went public. It ended up getting published in the San Francisco Chronicle.

Now, an online petition to reinstate Crozier has gotten more than 70,000 signatures.  A new Facebook page shows numerous comments like this one: "What an honorable man. Ridiculous what just happened"

Virginia Senator Mark Warner said Crozier "is a patriot who was trying to do what's best for his crew."

"I applaud the captain for looking out for his crew, but I also understand that leadership in the Navy was concerned the way in which he did that may have made it more difficult to help the crew," she said.