The Navy has decided to broadcast the air show online on September 19, from noon to 4 p.m. 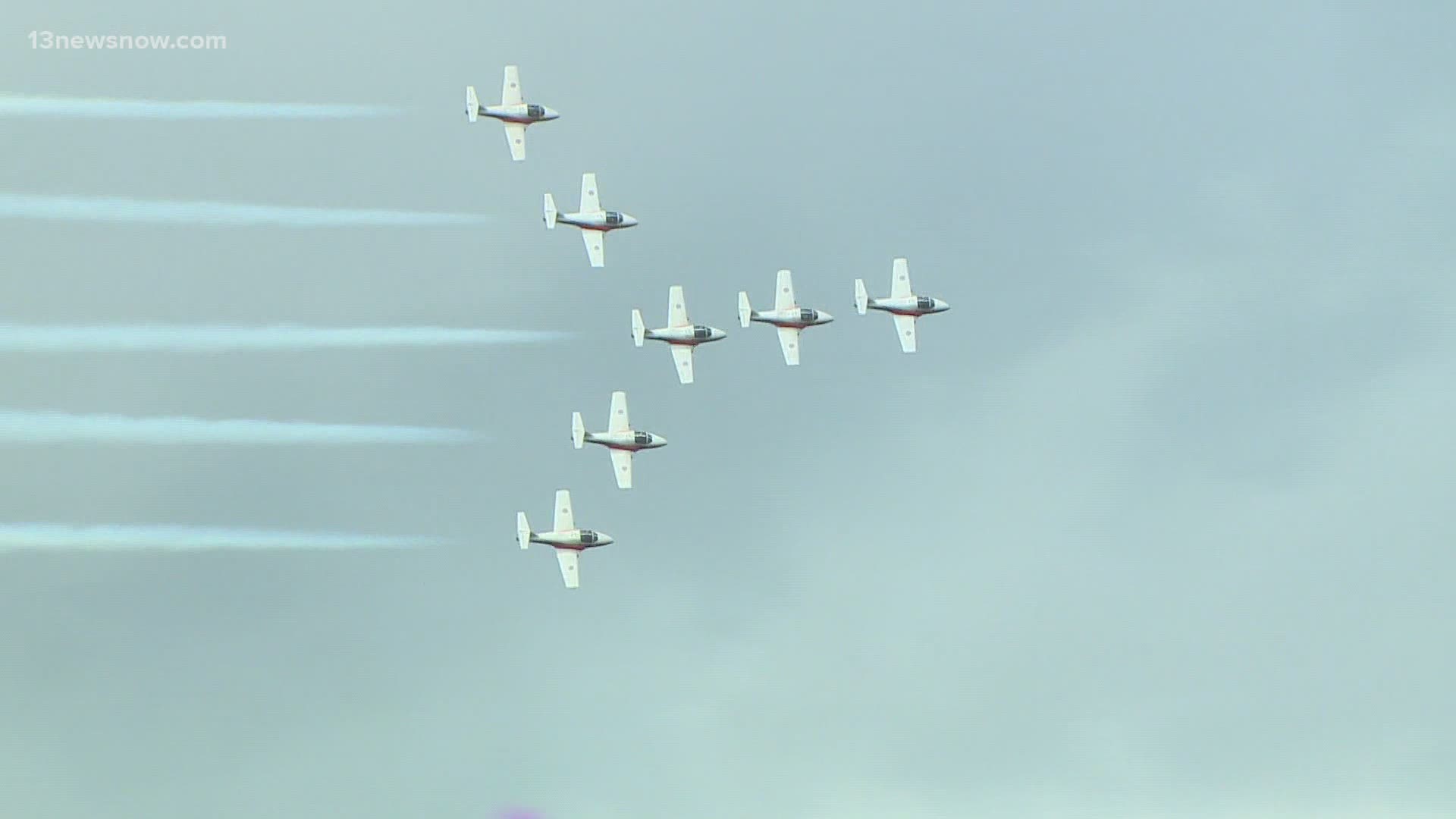 VIRGINIA BEACH, Va. — The annual air show at Naval Air Station Oceana will go on after all.

Last month Navy officials said they were canceling the annual event this year due to COVID-19 health risks.

But the show will go on after all... just without an audience.

The Navy has decided to instead broadcast the air show on September 19, from noon to 4 p.m.

The online-only performance will feature performances by a variety of military aircraft, including the Navy’s F/A-18 Super Hornet and the Air Force’s F-22 Raptor.

The Navy says this year’s air show theme is “In It Together,” which will pay tribute to frontline workers who are keeping everyone safe during the coronavirus pandemic.

The schedule is still being worked on, but highlights will include a live performance of the NAS Oceana-based “Rhino” Demonstration Team that flies the F/A-18F Super Hornet with aircrew who are assigned to VFA-106.

Updates to the show’s schedule will be posted on NAS Oceana’s Facebook page.

The NAS Oceana Air Show has been held almost every year since 1962 and it typically attracts over 250,000 spectators.