'As thunder shook the ground and rains washed down without abandon ... He knelt and placed the flags in honor of the Unknowns.' 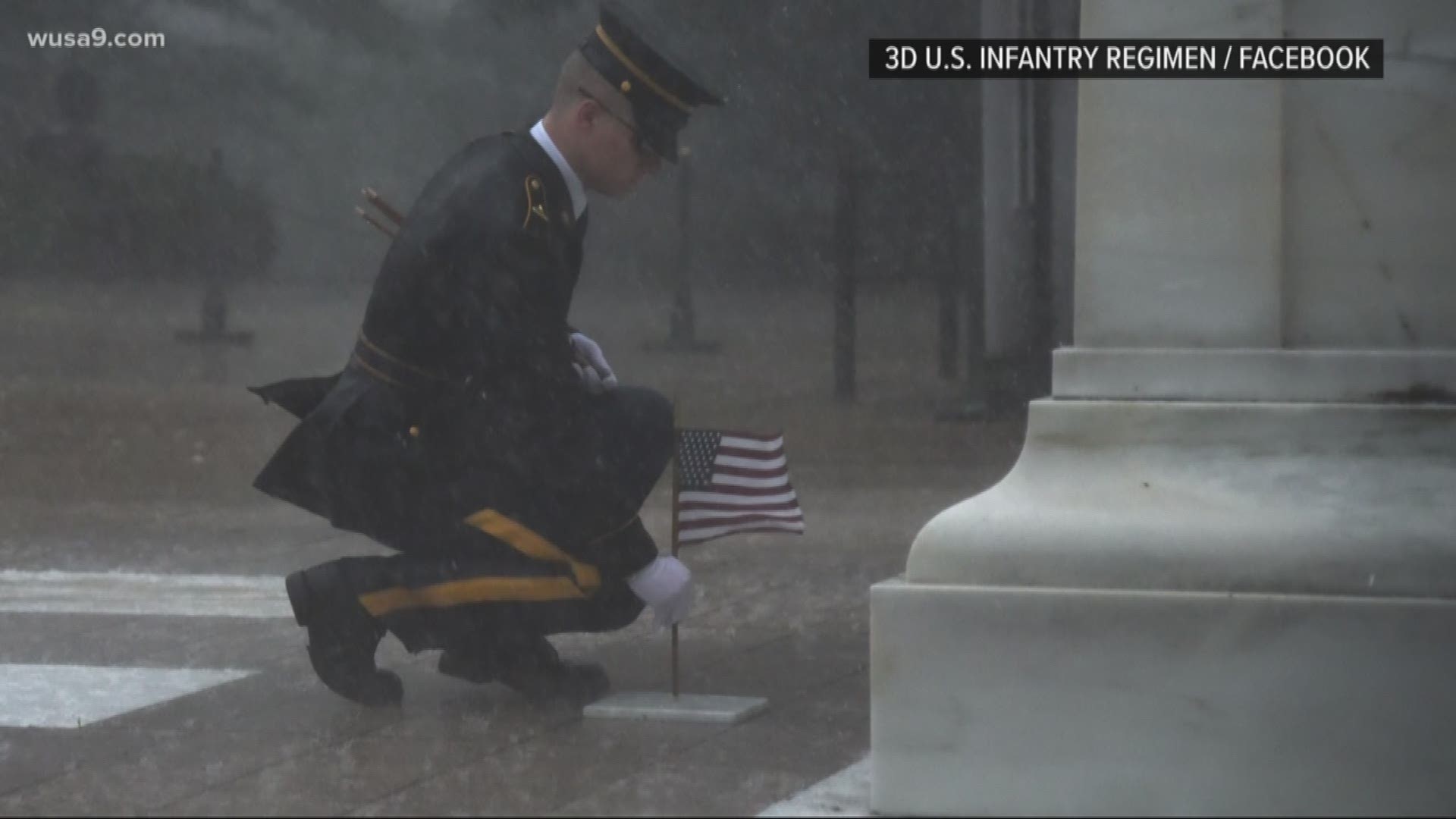 WASHINGTON -- A beautiful set of photos shared by The Old Guard on Facebook is moving people across the country ahead of Memorial Day.

During the severe rainstorms in the Washington D.C. area on Thursday afternoon, a sentinel at the Tomb of the Unknown Soldier was captured on camera placing flags at the memorial.

"With only a few watching from cover, a Tomb Sentinel approached the Unknowns with U.S. flags in hand," the 3d U.S. Infantry Regiment (The Old Guard) wrote on Facebook. "As thunder shook the ground and rains washed down without abandon, the Tomb Sentinel pierced through the elements with breath-taking precision. He knelt and placed the flags in honor of the Unknowns."

"Humans have their limits, but The Old Guard has yet to meet theirs," they posted to Facebook Friday night.

The Old Guard conducts memorial affairs to honor fallen comrades and ceremonies and special events to represent the U.S. Army.

The Tomb of the Unknown Soldier, located at the Arlington National Cemetery, was established in 1921, when an unidentified soldier was interred at the newly created memorial.

There are three figures sculpted into the panel: Valor, Victory and Peace.

It also bears the words "Here Rests in Honored Glory An American Soldier Known But To God."

A Tomb Sentinel from The Old Guard watches over it, pacing back and forth a 63-foot walkway, taking 21 steps each time. The sentinel then faces the memorial for 21 seconds, turns, and pauses an additional 21 seconds before retracing their steps.

According to their website, 21 is symbolic of the highest salute given to dignitaries in military and state ceremonies.

The Thursday storms in the D.C. area brought down a significant number of trees, knocked out power to thousands, and destroyed several homes.

The National Weather Service said the damage in Washington D.C. did not constitute a tornado, however there was one confirmed in Columbia, Md.