"These extraordinary challenges require equally extraordinary solutions and that's why we're turning to you,” the request to retirees reads. 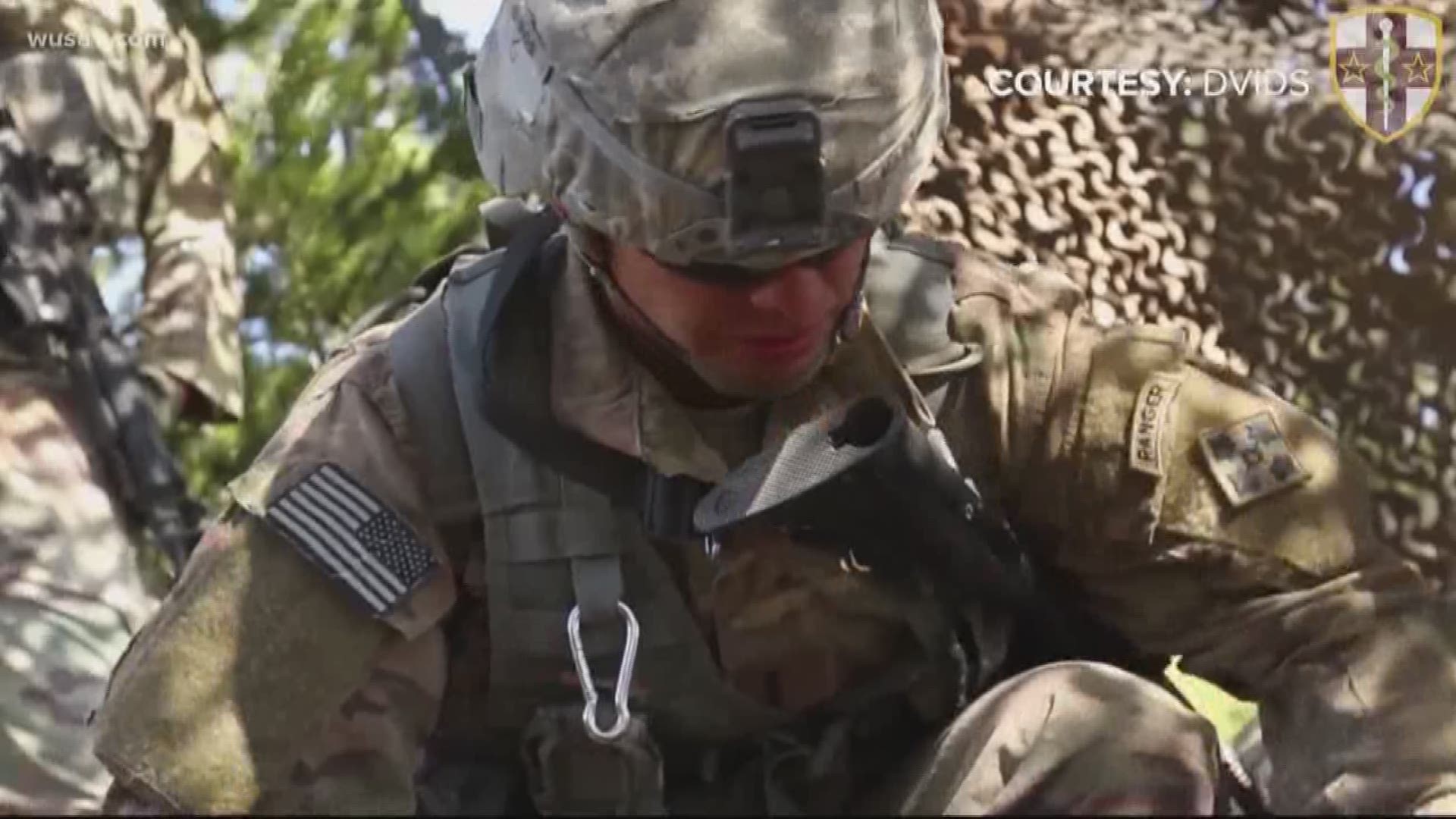 WASHINGTON — They've already spent years serving their country, and now thousands of retired soldiers are volunteering to serve once again. This time they want to help fight a global pandemic.

The Army told WUSA9 more than 17,000 retirees are willing to return to active duty to help with the response to COVID-19.

"These extraordinary challenges require equally extraordinary solutions, and that's why we're turning to you," Lt. Gen. Thomas C. Seamands, U.S. deputy chief of staff, wrote to retired Army soldiers this month. He is asking retirees to step up once again, this time to help with the response to COVID-19.

“This is a voluntary opportunity for our medical soldiers for life to return to the fight if they so choose,” Gen. James McConville, Army chief of staff, said.

The Army is targeting those in the medical field, including critical care officers, anesthesiologists, different nursing specialties, respiratory specialists and medics.

For some of these folks, retirement from the Army was years ago. So we wanted to find out how officials will determine if they're still capable of helping.

“Even though we're getting many volunteers, we then will walk through the process of certification, making sure that all certifications and credentials are straight,” Lt. Gen. R. Scott Dingle, surgeon general of the Army, explained. “Once we do that, we will plug them into all of our medical treatment facilities as required in support of the mission.”

Not all 17,000 volunteers are going to be able to return to service. Army officials told WUSA9 they're in the process of going through those who have expressed interest. Not all of them have medical specialties, and they've even heard from vets going back to World War II and the Korean War.

With such a massive response, this letter appears to have re-upped a patriotic sense of duty.

"When the Nation called, you answered – and now, that call may come again," the letter reads.

“This is a tough fight, but together we'll do our part to help the nation win,” Gen. McConville added.

While this is targeting medical specialties, officials said if you were in a different field and are looking to re-join the team, they still want to hear from you.

If interested in the voluntary recall, you can contact Human Resources Command, Reserve Personnel Management Directorate, at usarmy.knox.hrc.mbx.g3-retiree-recall@mail.mil or call 502-613-4911. You'll need to provide your phone number, address, email and MOS/Branch.

Army officials were clear to say they don't want to take away from the current care these folks might be providing, so they also want to know if the retiree is already working in a civilian hospital or medical facility.