Military families testify Wednesday before Congress about their experiences. 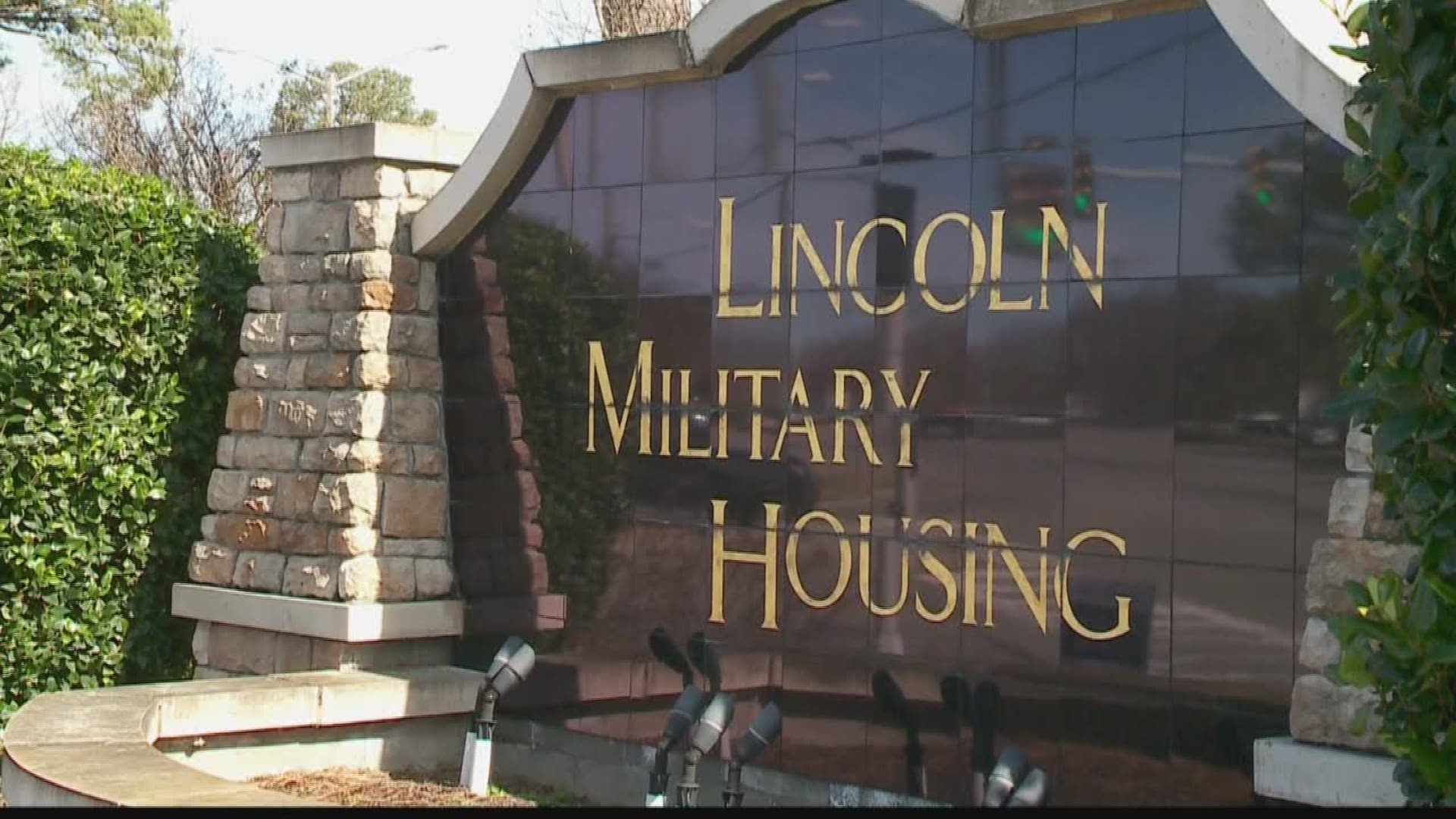 These are among the conditions described by the families of U.S. service members in a new survey released Tuesday about privatized military housing.

On Wednesday, military families head to Capitol Hill to testify before senators about their experiences.

The non-profit group Military Family Advisory Network fielded an online questionnaire from Jan. 30 to Feb. 6 for individuals currently living in privatized military housing or had within the past three years.

More than 16,750 individuals from 46 states responded, with more than half saying they would characterize their experience with privatized military housing as "negative" or "very negative."

"Military families are living in dangerous situations with reports of the existence of black mold, lead paint, faulty wiring, poor water quality, pesticides, and a wide variety of vermin, insects, and other animals (e.g., bats, skunks, and squirrels) in their homes," MFAN wrote in its preliminary research report to the Senate Armed Services Joint Subcommittee on Personnel, Readiness, and Management Support.

The report added that "families report illnesses with life-long implications caused by poor housing conditions" and requests for remediation are "often denied or ignored."

Megan Lawson used to live in Lincoln Military Housing in Virginia Beach at the beginning of 2018. She said black mold spread throughout her home, while the company refused to address the issue. Lawson moved to Elizabeth City with her family by the end of the year in order to find affordable, safe housing.

"It infuriates me," said Lawson. "I mean it makes me want to stand on top of Mount Everest with a microphone and just shout it."

The investigation shed a light on the lack of oversight in privatized military housing, prompting several congressional hearings this year, including the Senate Armed Services Committee on Wednesday.

"For our military, our nation's men and women who drop everything who leave families behind, who leave children behind to go fight for our country, to live in these conditions, it's just its horrible," said Lawson.

In addition to family members, the presidents of five of the top private military housing companies, as well as Department of Defense officials, were scheduled to testify before senators.

A Pentagon spokesperson told Reuters last month that the department looked forward "to engaging with Congress through productive discussions on privatized housing."

Approximately 700,000 service members and their families live in homes operated by private companies on bases in partnership with the Department of Defense, according to Reuters.