'Our students are uniquely positioned to contribute in the nation's defense and response to this pandemic,' the university president said. 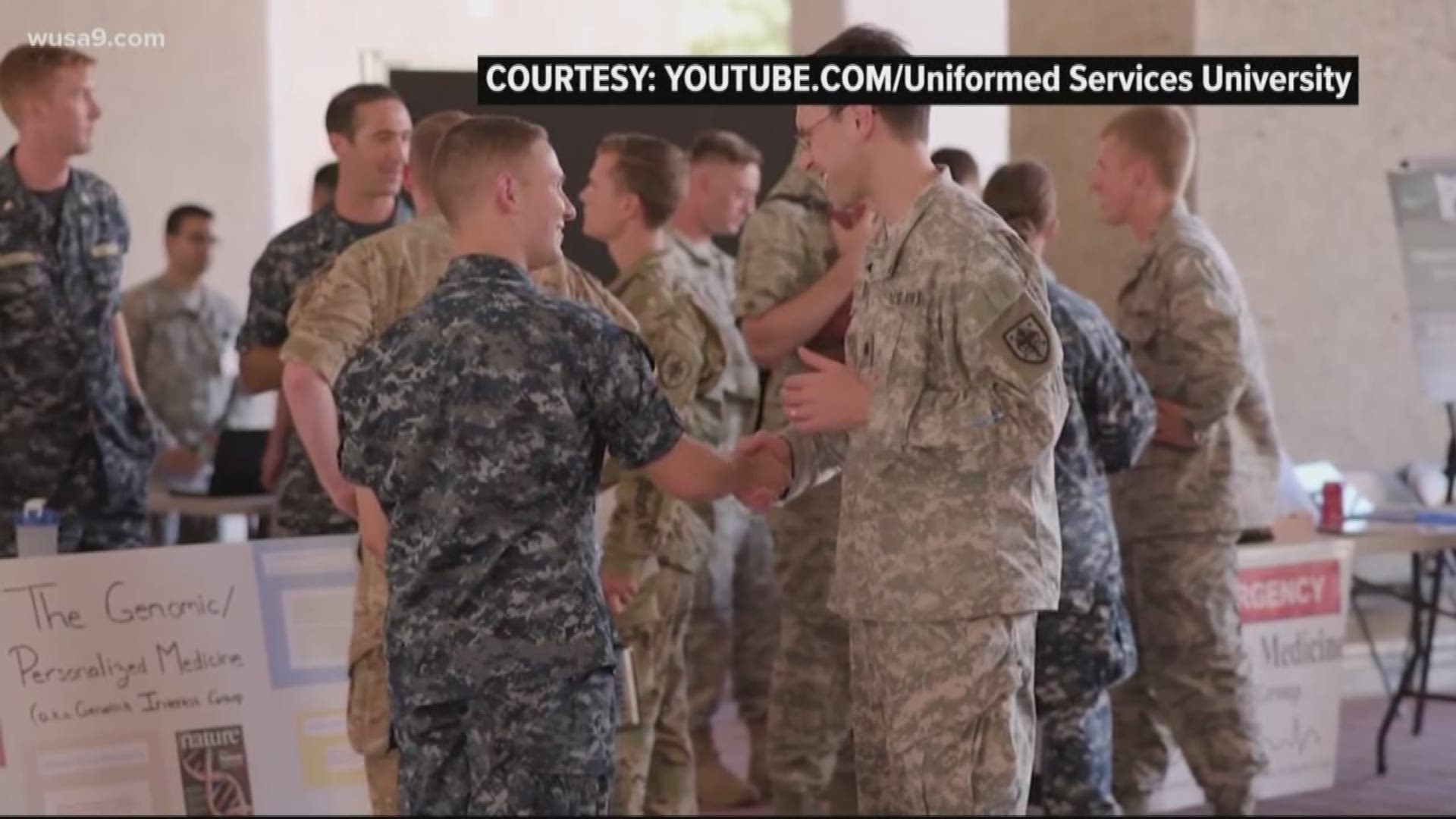 BETHESDA, Md. — There will soon be more than 200 additional doctors and nurses on the front lines of the fight against COVID-19, and they have military experience.

The Uniformed Services University of the Health Sciences, the only federal healthcare university, announced this week that it will graduate a class of health professionals from medical school early.

Air Force Second Lt. Jeremy Mears was set to graduate from the university as a doctor in about seven weeks. That's now been moved up to April 1.

“Just knowing that this is kind of what we're called to do, I think we're just excited to get out there and help the best that we can,” he said.

The school, which allows active duty military personnel to get medical degrees, is located in Bethesda, Maryland. University President Dr. Richard W. Thomas made the decision to move up graduation for 220 students. He says that's unprecedented in the school's history.

“Our students are uniquely positioned to contribute in the nation's defense and response to this pandemic,” Dr. Thomas told us.

Thomas explained the school adjusted schedules to make sure all the requirements were met early. The nurses are able to go into the field with supervision, but still have some licensure exams to take. The doctors still have internships to complete, but they are prepared to assist in the field like any new medical school graduate.

We asked, with this early graduation, if these folks are fully equipped to do these jobs.

“Our folks are,” Thomas said. “I wouldn't do it if I had any doubt about that.”

We wanted to know if he feels there's anything they would've gotten in the six to seven weeks that they are now not going to have that would help them in the future.

“No, I think the benefits of this early deployment, commissioning, if you will, far outweigh anything else,” he answered. “The most they would have gathered if they were waiting back here on the sidelines would be just an increasing level of frustration. They want to get into the fight.”

After graduation next week, they'll mostly be assigned to hospitals here in the National Capital Region.

“Wherever I need to go, whatever role that they need us to fill, I'll be more than happy to do that,” Second Lt. Mears said.

On top of the 220 medical students, almost 30 certified registered nurse anesthesia students will be graduating May 1. All of them are prior ICU-trained nurses, so their experience could be particularly helpful here.

RELATED: Virtual story-time and field trips during COVID-19 thanks to USO of Metro Washington

RELATED: Here are details on every case of coronavirus in the DMV