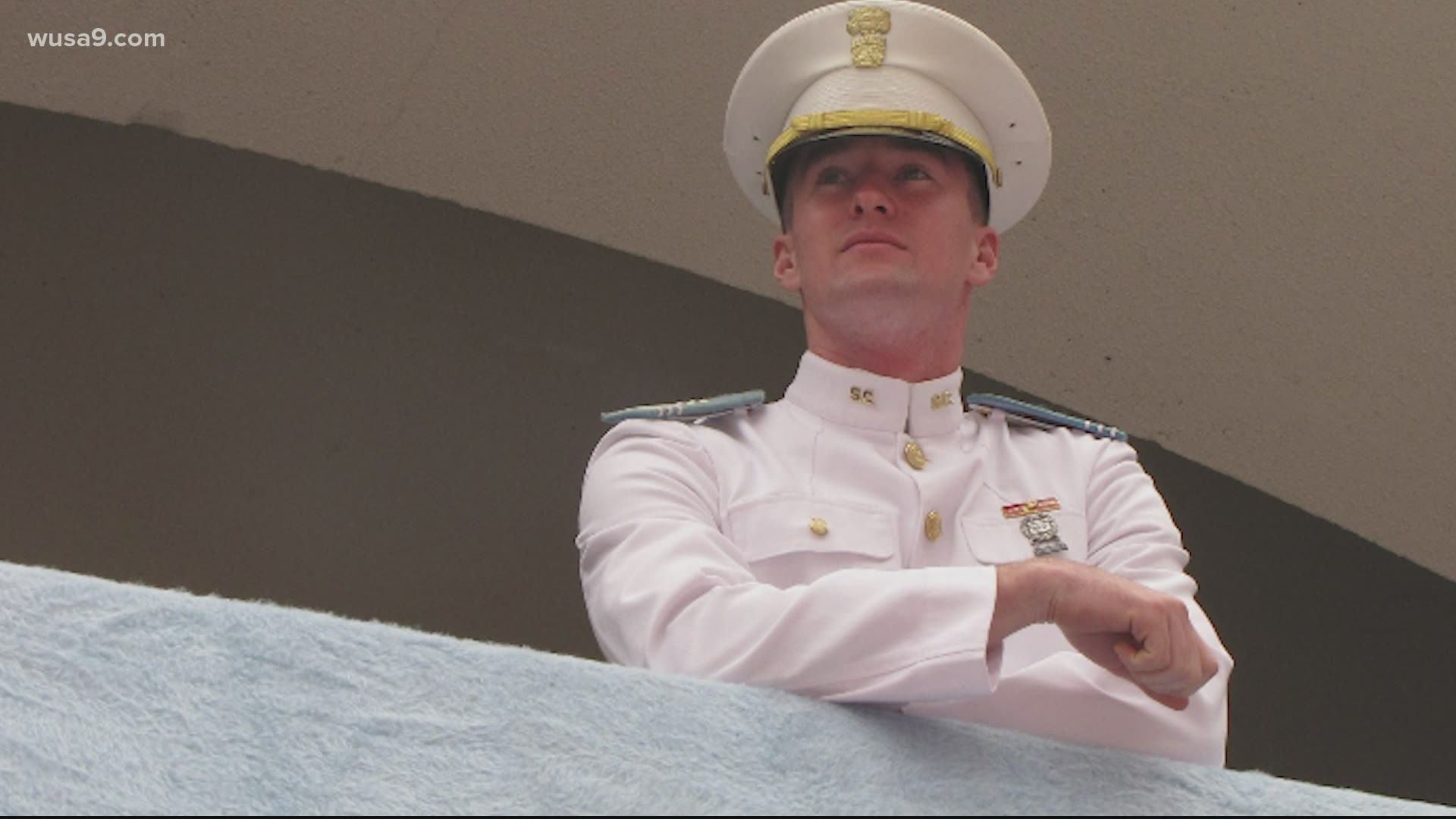 WASHINGTON — 1st Lt. Conor McDowell's loved ones know nothing will bring him back. The Marine, who grew up in D.C., was killed when the military vehicle he was commanding hit a hidden ditch and rolled over in May 2019.

“We want to make sure that no other family experiences what we have,” Conor’s fiance Kathleen said.

His family hopes a hearing on Capitol Hill will help make that happen, as lawmakers have started questioning military officials following a WUSA9 report that showed more deaths happen to service members in training, not while they are in combat.

RELATED: Report shows more service members die in training than in combat. How one family is seeking change after losing their son

Almost 2,000 of the accidents, including Conor's, involved vehicles.

“It is shameful that the nation with the most powerful military in the world loses more service members in noncombat settings than in war,” Rep. John Garamendi said in his opening statement from the committee.

Congressional members at the hearing asked detailed questions about how the military responds to training dates, and what it believes is the cause for these training death statistics.

“When you see these numbers, so many more getting killed in training than in combat how do you respond to that?” Rep. Vern Buchanan (R-FL), asked.

“Every single one of the accidents that I've seen happen, are preventable,” Army Gen. Joseph Martin responded. “With that in mind, we can never, ever stop our relentless efforts to get after mitigating risk.”

California Congresswoman Jackie Speier wanted to know how the Marine Corps can guard against rollovers, taking direct aim at what killed McDowell in 2019.

“One of the things we have to do is increase the number of driver training events,” Marine Corps Gen. Gary Thomas said. “We also have to make sure that our ranges are very well understood, and all-hazard areas are very well marked.”

This hearing isn't the end for the military addressing U.S. military service training deaths. The committee expects to review a congressional watchdog report from the Government Accountability Office on this topic soon. It will evaluate what steps the military has taken to prevent these accidents, assess the training and look into any hazards on the ranges, like the ditch Conor's vehicle hit.

The GAO is examining a decade's worth of accidents, in which 120 soldiers and Marines lost their lives.

“We can reduce the death toll,” Michael McDowell, Conor’s dad, said. “There's no question. So, that can be his legacy.”

RELATED: Report shows more service members die in training than in combat. How one family is seeking change after losing their son