News of the attacks in Iraq is felt by all Americans, but for the families of those who serve, it hits home more concretely. 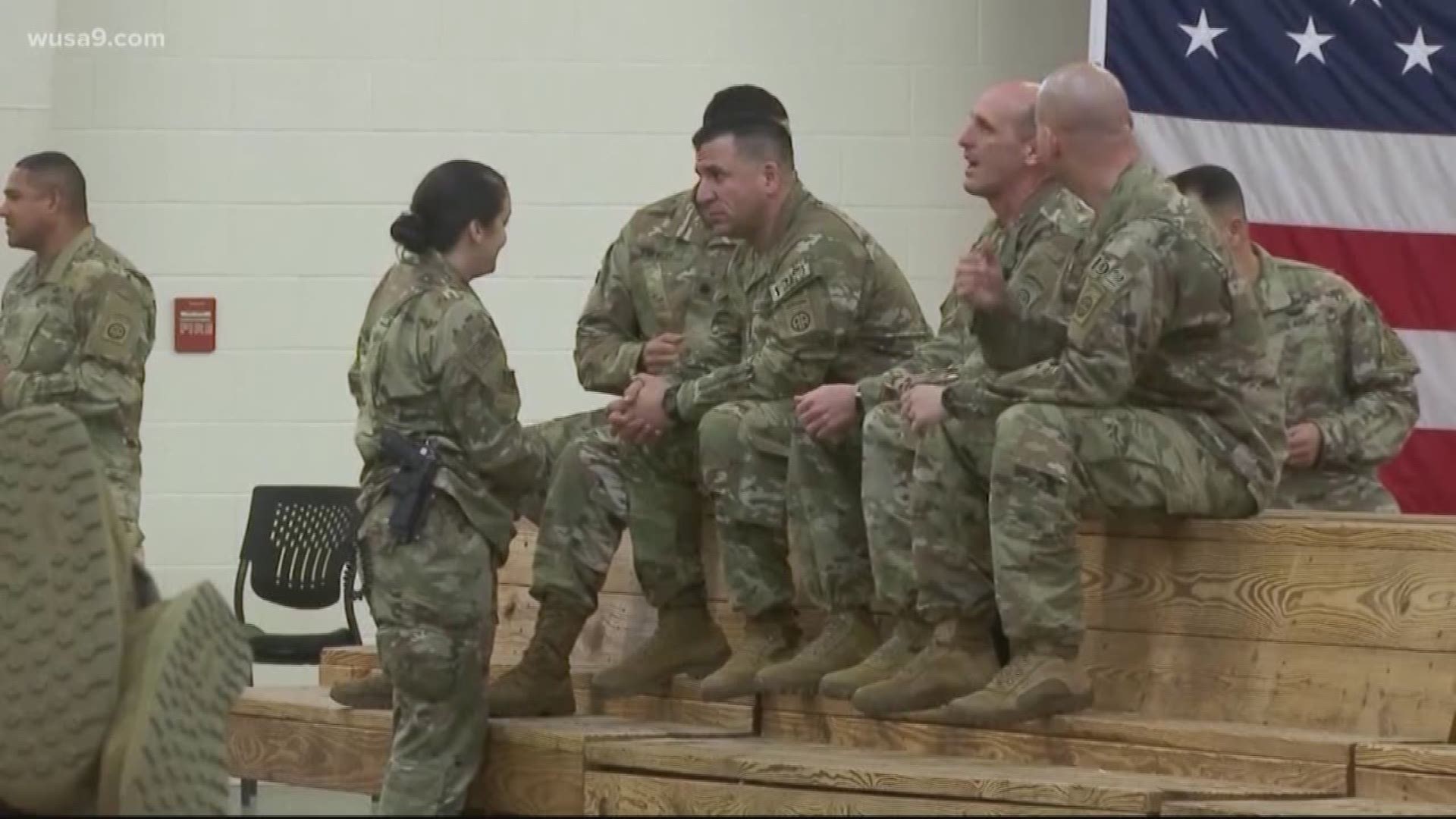 WASHINGTON — Following Tuesday's missile strikes by Iran against two Iraqi military bases, WUSA9 wanted to know if people from our area are stationed at the base that was attacked, or are being deployed because of the increasing tensions.

Information about specific troop locations is difficult to come by, due to OPSEC, or operational security. It understandably limits the information the military, and military families, can give out. We do know there are deployable groups, including contractors, stationed here. And the people who are calling the shots of what happens overseas, impacting our service members and their families, are right here in the area.

News of the attacks in Iraq is felt by all Americans, but for the families of those who serve, it hits home more concretely. They feel the weight of every new detail.

"It's a dangerous job," military mom Madelaine Waltjen Shedlick, exclaimed. "There's no way around that."

Her son is an Army lieutenant, who just came home from the Middle East last month. The usual jubilation of a homecoming was dampened by the recent increasing tensions overseas.

"I'm so terrified," she said. "The first thing I asked him when all this started going down is 'can you be redeployed to the Middle East?'"

1LT Tommy Shedlick will deploy again in March, but he's not supposed to head back to the heart of the conflict.

"I hope he goes to where he's supposed to go, but I cannot believe anything at this point with all the tensions in the world," Waltjen Shedlick explained.

That fear, that uncertainty, is part of everyday life for military families now across the country and right here in our area. Most times, you know a deployment is coming. There is warning and time to plan.

But the tensions with Iran, ramped up so quickly. Support organizations said they're hearing stories where a spouse was at work, and by the time she got off her shift, her husband was deployed. With little warning, stress, challenges and the toll of war increase.

"I'm terrified for the soldiers there," Waltjen Shedlick added. "I feel so blessed my son's not there, but I cry for the families that just put soldiers on a plane from Fort Bragg and don't know what the future holds."

Unlike installations in Hampton Roads and Fort Bragg, large-scale deployments aren't common in the DMV. A medical logistics unit was already scheduled to leave from Fort Detrick for Southwest Asia, and there are a few other units and personnel here that are key to protecting the country.

RELATED: President Trump: Iran appears to be 'standing down' after missile attack

RELATED: How did tensions get this high between Iran and US? Here's a history cheat sheet