Braithwaite confirmed to be 77th Secretary of the Navy

He becomes fourth person, permanent or acting, to hold the post since last November. 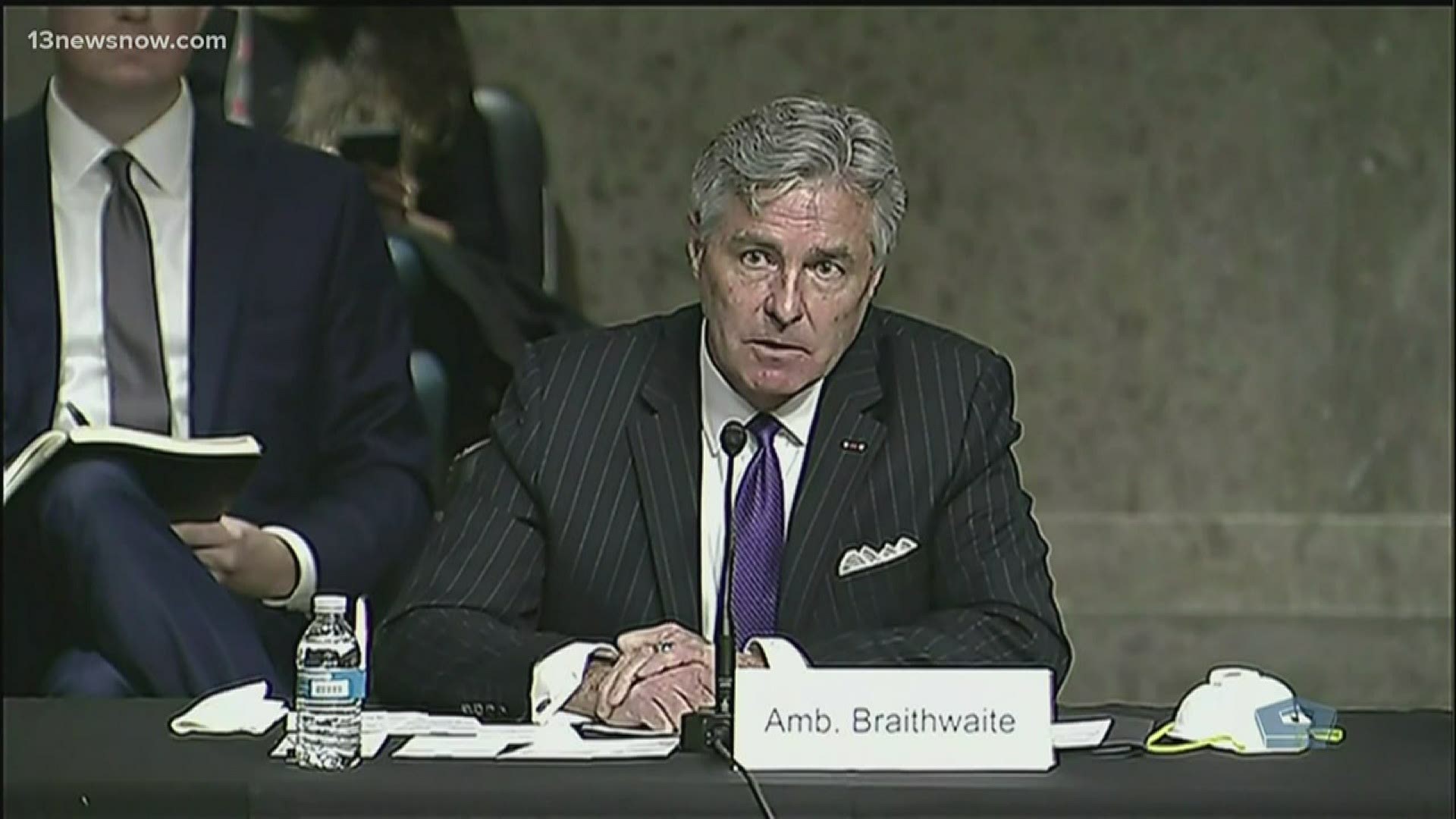 NORFOLK, Va. — Kenneth Braithwaite is now officially the 77th Secretary of the Navy. He will be the fourth person to hold that position, including two acting secretaries, since last November.

The retired rear admiral and current U.S. ambassador to Norway was confirmed by voice vote in the U.S. Senate.

During his confirmation hearing, Braithwaite acknowledged the Navy is currently in "rough waters."

Retired rear admiral Craig Quigley says he knows his fellow Naval Academy graduate Braithwaite "quite well" and says he may be just what the Navy needs right now.

"First and foremost, leadership, the man knows how to lead," said Quigley. "He has a strong ethical compass, and he has a sense of where he wants to take the Navy and Marine Corps in the time ahead."

And fellow Virginia Senator Tim Kaine said, "Ambassador Braithwaite's experiences as a Naval officer, diplomat, and business leader give him the right tools to lead the Department in these difficult times."