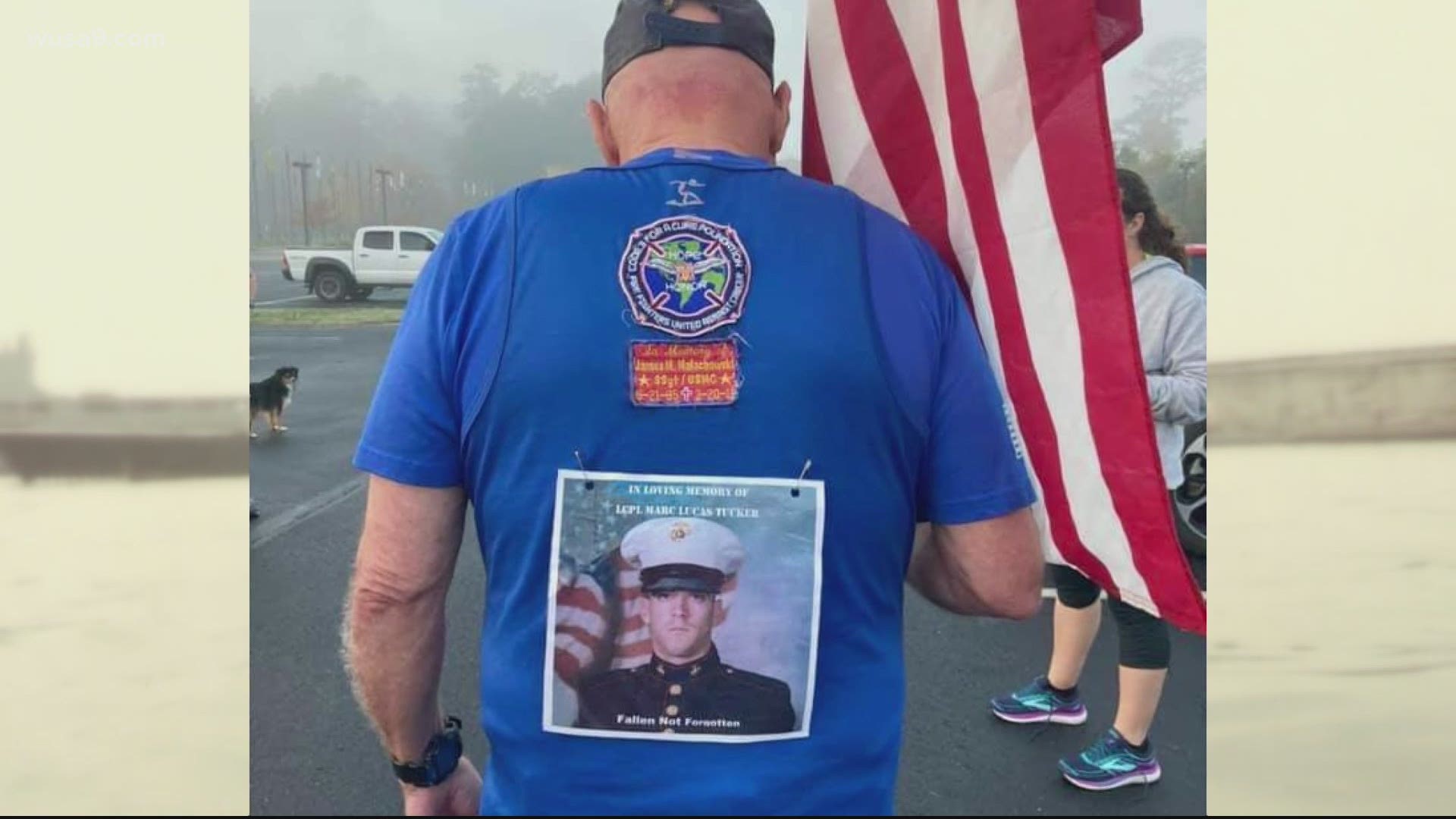 WASHINGTON — Every Veterans Day, we pause to say, 'thank you,' to the men and women who proudly serve our country. This year, many of the historic traditions will look different because of the pandemic. Many of the events will take place virtually.

With Veterans Day upon us, Sid Busch reflected on his more than two decades in service.

“I was in the Navy for 26 years and four months,” said Busch.

His career centered on serving others--something he continues to do now through running.

“I don’t hide my emotions very well. I wear my patriotism on my sleeve and I love helping people. It gives me a reason for getting up in the morning,” said Busch.

Through the years, Busch has run nearly 200 marathons and another 800 half marathons in honor of fallen heroes.

“I run carrying a 3 x 5 American flag and a picture of the young man or woman on my back,” said Busch. “I used to look up names on the website which showed military casualties but after a while, I started getting emails from families asking if I would do them the honor of running for their son or daughter. You can’t say no to that. That’s become my life‘s work,” said Busch.

At 74 years old, this weekend he completed his final Marine Corps Marathon, running the same route the race usually takes.

“My body is starting to get really angry at me because I’m not as young as I used to be. So, this will be more walking than running but I’m determined to finish it,” said Busch.

“This is a truly great country and I don’t think people who live here and have never gone anywhere but the United States realizes it," said Busch. "We have our differences, it’s not a perfect country, we’ve made our share of mistakes, but we have tried to correct them. We allow people to express their feelings and we allow the greatest thing in the world, you can vote for your government."