100-year-old Tuskegee Airman, Cleveland native honored at State of the Union after being promoted to Brigadier General

He flew more than 130 combat missions against the Nazis in World War II. 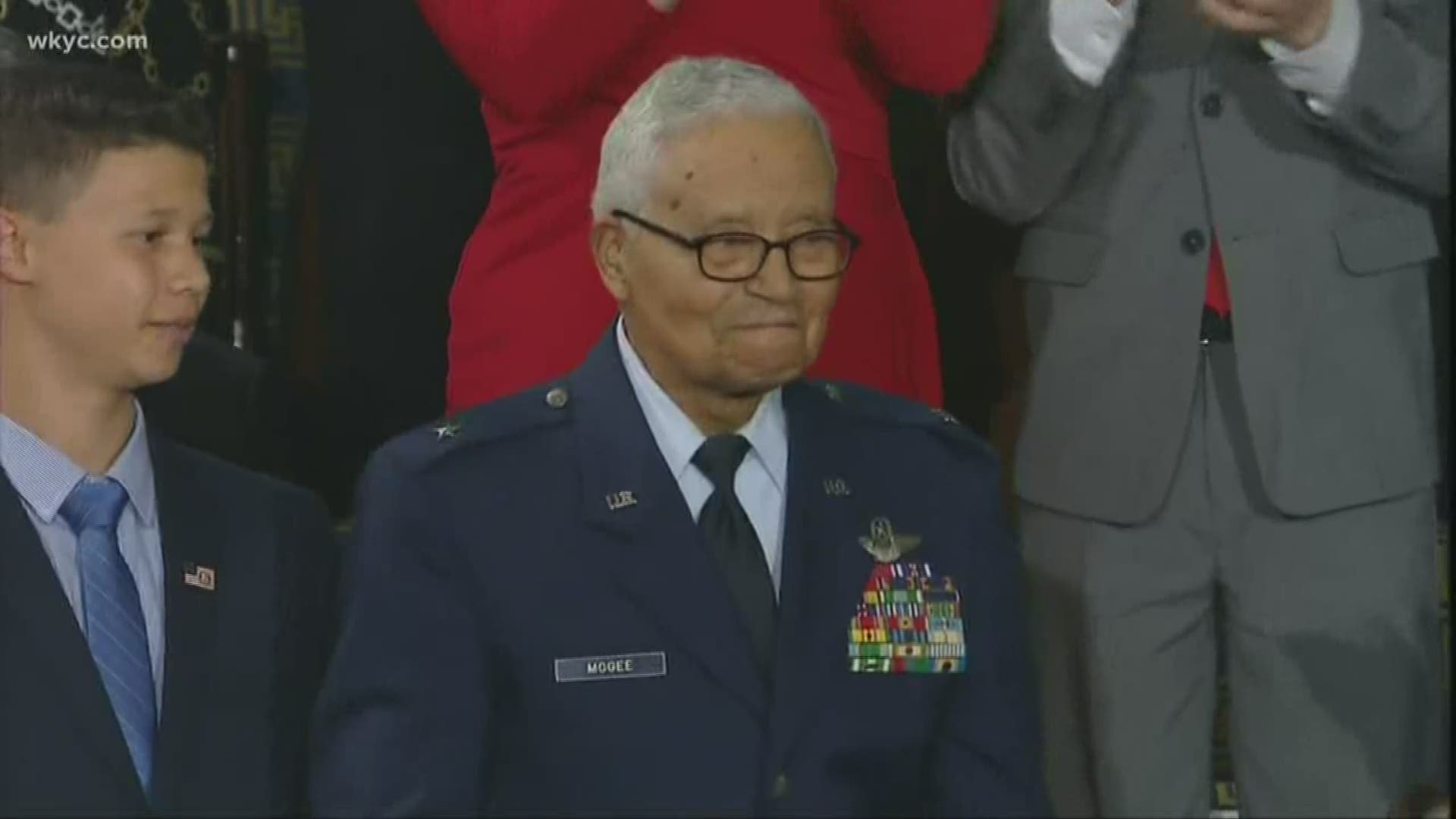 WASHINGTON — Amid all of the partisanship on Capitol Hill, an American hero was honored for his service.

Charles McGee was born in Cleveland (where his father was serving as a Methodist minister) in 1919, and later went on to serve in World War II as one of the famed "Tuskegee Airmen." They were the first African-American pilots in the history of the U.S. Air Force, and McGee himself flew more than 130 combat missions fighting the Nazis in Europe. After the armed forces were officially integrated, McGee later served in the Korean and Vietnam Wars, and retired with the rank of Colonel.

Credit: AOPA
"Aviation is an important technology and something we hope all youngsters get an interest in," McGee said.

McGee turned 100 years old this past Dec. 7, and 13 days later President Donald Trump signed a bill that gave the accomplished pilot an honorary promotion to Brigadier General. On Tuesday, just before the State of the Union Address, Trump welcomed McGee to the Oval Office and officially pinned the stars on his shoulders.

During the speech, McGee's great-grandson Iain Lanphier (who wants to join the new U.S. Space Force one day) received a special mention before the president recognized McGee himself. Unlike most other moments during the remarks, the entire room (Republicans and Democrats) gave McGee a loud standing ovation.

This wasn't the only honor McGee received this week: On Sunday, he was in Miami along with other World War II veterans to take part in the coin toss before Super Bowl LIV.

"We had folks tell us you can't do something," McGee said at the time his promotion was announced. "I think this kind of sweeps that away. Realize that you can."

RELATED: Rush Limbaugh awarded Medal of Freedom at Trump's State of the Union

RELATED: Pelosi shrugs off not getting handshake from Trump at State of the Union address