Baltimore teens boo Melania Trump; she defends their right to do so

It is highly unusual for a first lady to be booed at a public appearance.

BALTIMORE — Melania Trump on Tuesday defended the rights of teenagers who booed her when she addressed them in Baltimore, a city her husband, President Donald Trump, has disparaged as “rat and rodent infested.”

She traveled there to urge hundreds of middle and high school students to avoid misusing drugs, saying that would make it harder for them to achieve their life’s goals. But her remarks drew a mix of boos and cheers, and the audience remained noisy throughout her five-minute address.

It is highly unusual for a first lady to be booed at a public appearance. Mrs. Trump released a statement hours after she had returned to the White House, defending the principle of freedom of expression while reaffirming her commitment to the issue that drew her to Baltimore.

“We live in a democracy and everyone is entitled to their opinion, but the fact is we have a serious crisis in our country and I remain committed to educating children on the dangers and deadly consequences of drug abuse,” Mrs. Trump said.

The first lady has been using her prominence to spotlight programs she thinks can help young people, whether it’s to teach them to be positive online or to avoid drug misuse and addiction.

She went to Maryland to address the Baltimore Youth Summit on Opioid Awareness, appearing on behalf of her “Be Best” youth campaign, which includes a focus on the U.S. epidemic of opioid misuse.

When the audience remained rowdy after she began to speak, she interrupted her remarks to say, “Hello, everyone,” before continuing. 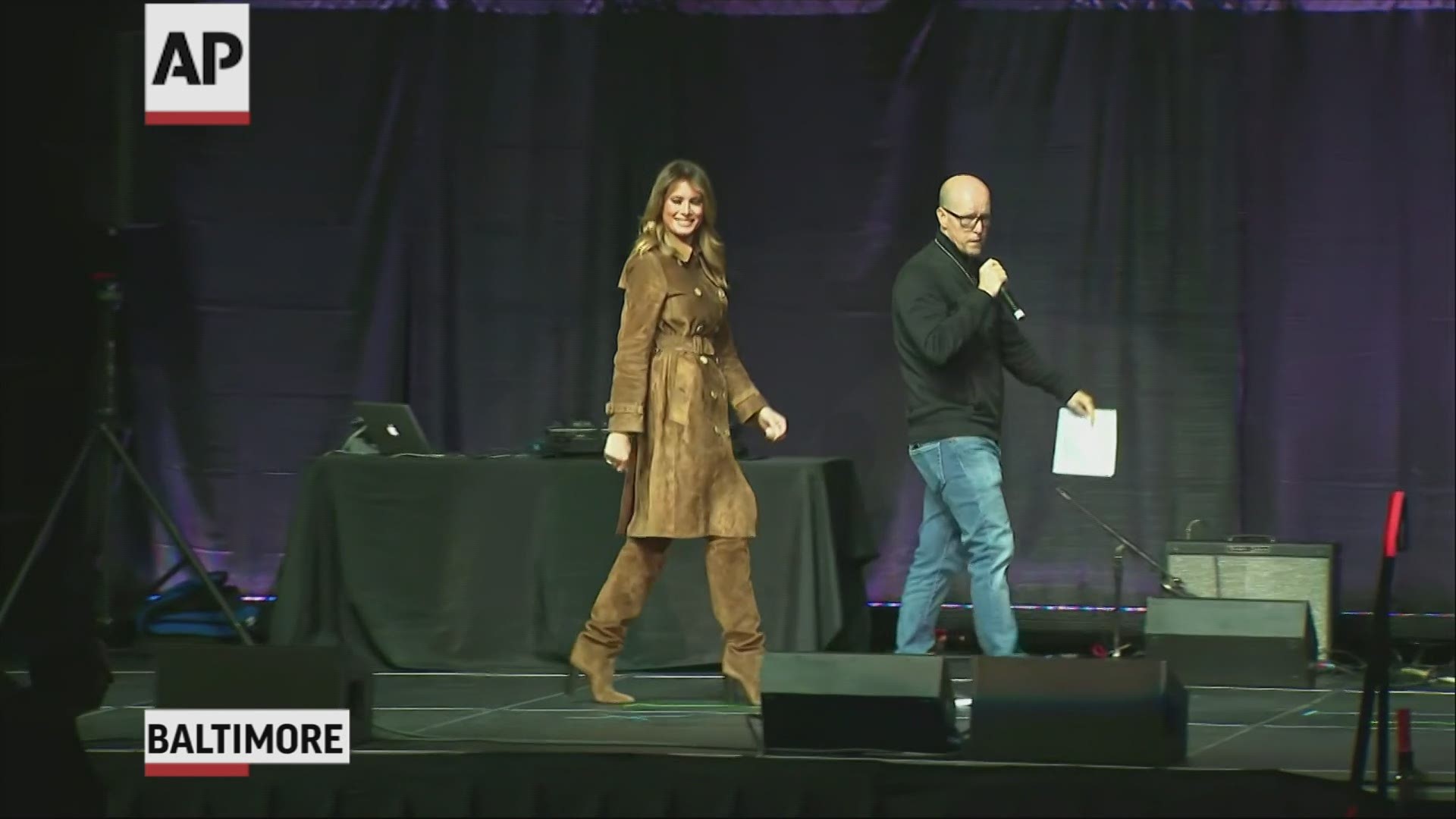 The first lady said she wants to raise awareness about the opioid epidemic and help educate young people about living drug free.

“I am in this fight with you, and I am fighting for you,” she said, and urged anyone struggling with addiction to ask someone for help.

“I know each one of you has hopes and dreams for the future, whether it is college, joining the military, or playing a sport. Your future will be determined by the choices you make,” Mrs. Trump said. “Using drugs will only slow you down and prevent you from achieving those goals.”

President Trump has had a difficult relationship with Baltimore.

In July, Trump labeled the city a “disgusting, rat and rodent infested mess,” saying no human would want to live there.

The president also criticized U.S. Rep. Elijah Cummings, a Democrat who represented parts of the city in Congress for decades. At the time of his death in October, Cummings was a central player in multiple House investigations of Trump and his administration.

Trump refused to cooperate with the congressional inquiries.

He was met with protests in September, including by a giant inflatable rat, when he went to Baltimore to address a meeting of House Republicans.

More national coverage on 13 ON YOUR SIDE: