George Tanios, of Morgantown, West Virginia, could face decades in prison on 10 federal charges in connection with the Capitol riot. 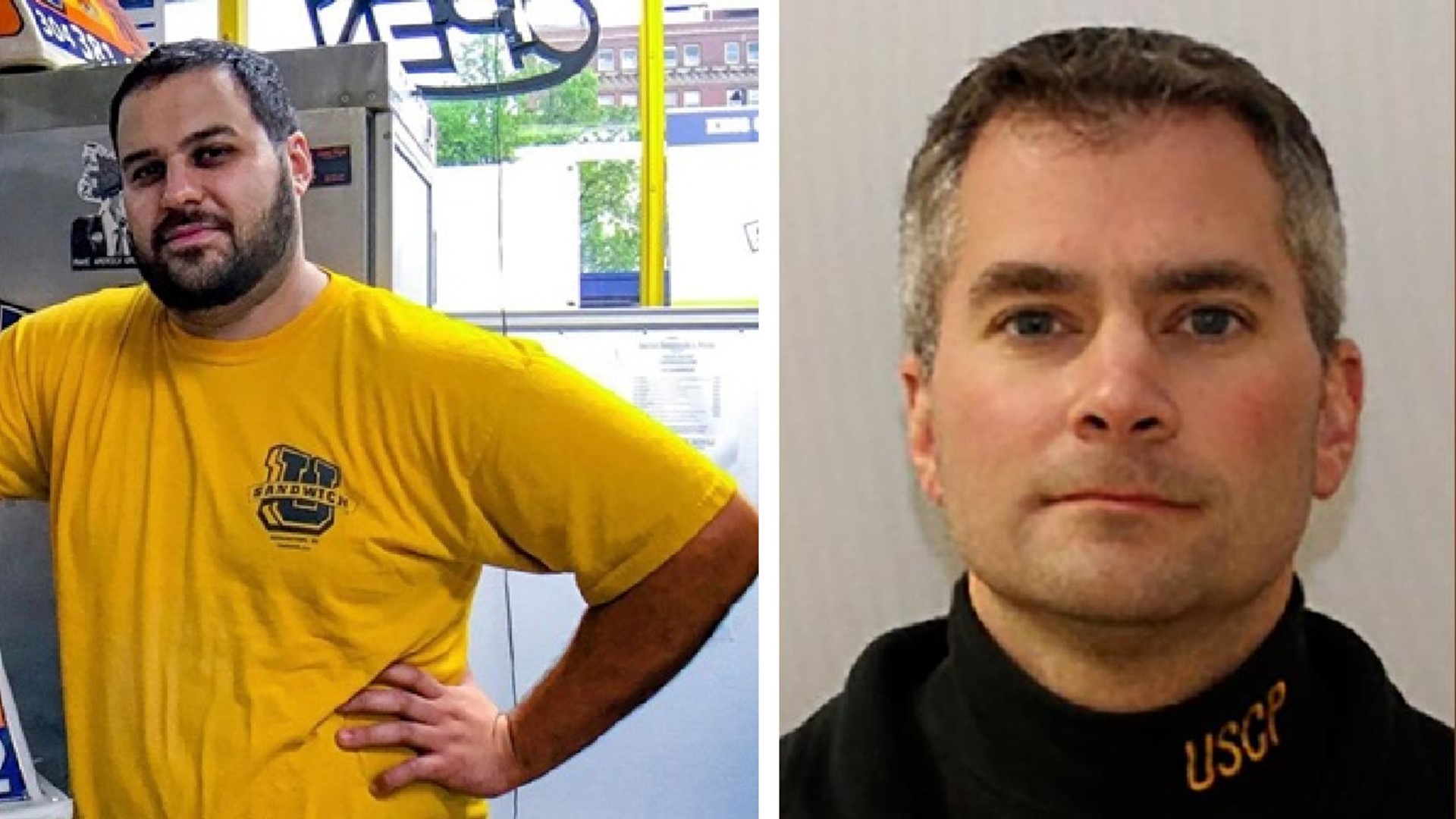 WASHINGTON — One of the men accused of assaulting Capitol Police officers with bear spray during the January 6 insurrection will be held without bond until his trial, a federal judge ruled Monday.

George Pierre Tanios, 39, of Morgantown, West Virginia, was indicted last week along with co-defendant Julian Elie Khater on multiple charges, including assault on a federal officer with a dangerous weapon. One of the officers Tanios and Khater allegedly hit with noxious bear spray was Officer Brian Sicknick, who died a day later of injuries sustained during the Capitol riot, although Neither Tanios nor Khater are currently charged in Sicknick’s death.

Following his appearance on an FBI wanted poster, Tanios was reportedly identified by two tipsters, including one who told the FBI he had "bragged about going to the insurrection at the Capitol." Another identified him as the owner of the "Fat Sandwich" restaurant.

Tanios was also reportedly identified by a former business partner who told the FBI they had known each other for 15 years and that Tanios had allegedly embezzled $435,000 from their former business.

On Monday, Tanios’ attorneys called family members, including the mother of his three young children and his own mother, to make the case that the sandwich shop owner wasn’t a danger to the community and should be released from custody.

Prosecutors painted a very different picture – telling the judge Tanios and his old college buddy Khater had planned their attack on law enforcement prior to January 6. According to the Justice Department, it was Tanios who brought bear spray and pepper spray with him to the U.S. Capitol. They said he gave it to Khater as they went toe-to-toe with a line of police officers.

The judge ultimately sided with the DOJ and ordered Tanios continue to be held without bond – calling it his “obligation to the safety of our community.”

Also Monday, a federal judge ordered D.C. resident Mark Ponder held without bond until his own trial. Ponder was arrested last week on multiple charges alleging he used a metal pole to repeatedly assault officers during the Capitol riot.

As WUSA9 reported last week, the FBI says Ponder was actually taken into custody on the day of the riot, but had to be released because no transport was available to pick him up and because the arresting officers were needed back at the front lines at the Capitol.