The U.S. Secret Service released a statement on the allegations. 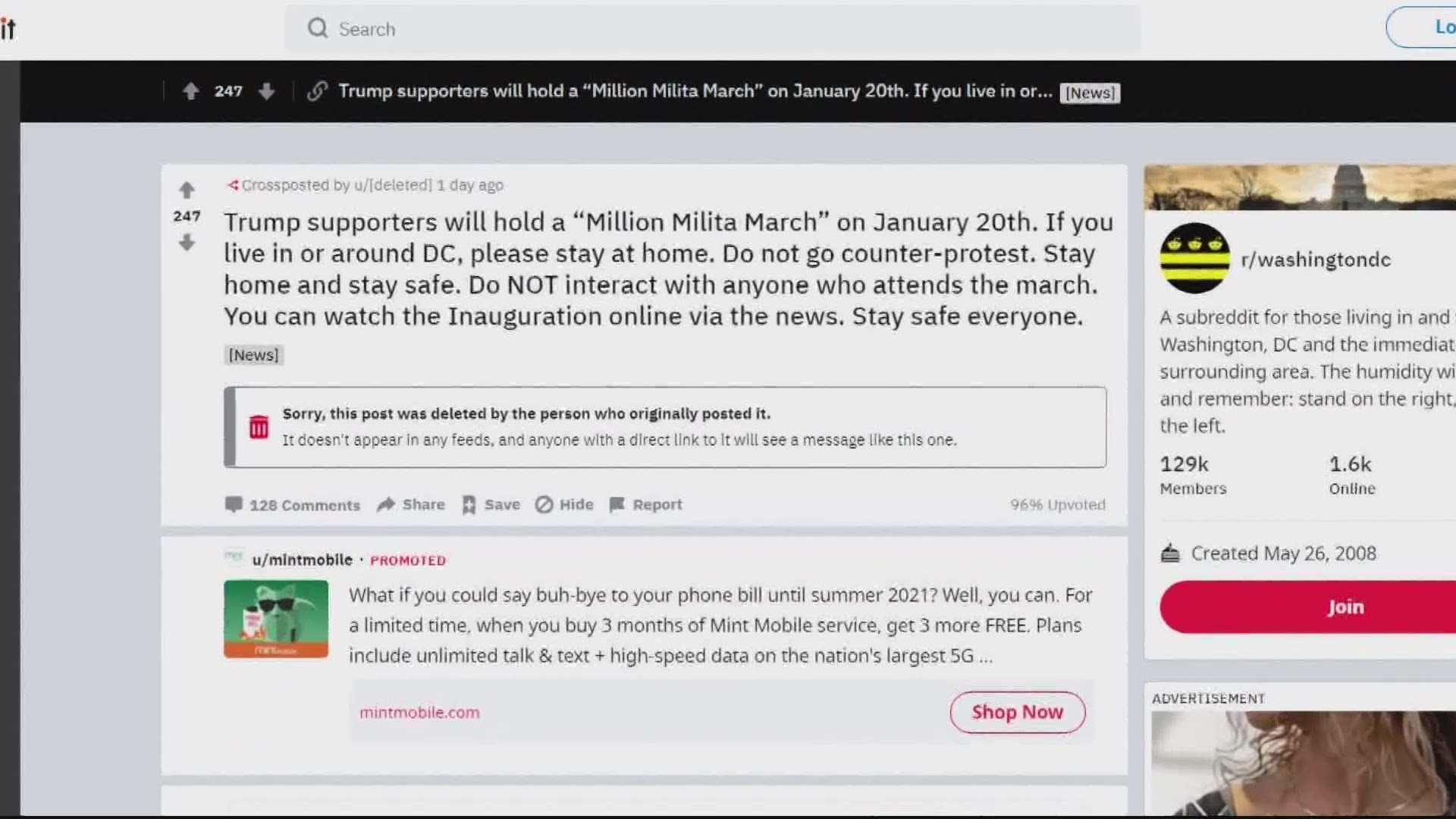 WASHINGTON — A U.S. Secret Service officer is under investigation for her alleged comments on Facebook expressing her views backing Trump's unfound claims of election fraud and accusing lawmakers who certified Joe Biden's presidential win of treason, according to The Washington Post.

The officer posted a meme of Trump shaking hands with himself in the Oval Office with the caption saying, "Here's to the Peaceful Transition of Power," screenshots sent to The Post showed.

The Post said a day after the Capital riots, a comment allegedly posted by the officer made fun of the efforts to remove President Trump from office and accused lawmakers of “committing treason on live tv.”

WUSA9 reached out to the U.S. Secret Service for a comment on the officer's alleged actions and they responded by saying they will conduct an investigation.

“The U.S. Secret Service carries out its law enforcement mission in an objective and apolitical manner. Any allegation that an employee is not carrying out their duties in that manner will be investigated. As this is a personnel matter, the agency will not be commenting.”

So far, 19 people have been charged in federal court on charges related to the Capitol riot on Jan. 6.

DC Police, FBI and other law enforcement agencies have released images of "persons of interest" wanted for unlawful entry to the Capitol.

1 / 11
FBI
Anyone with information regarding these individuals, or anyone who witnessed any unlawful violent actions at the Capitol or near the area, is asked to contact the FBI's Toll-Free Tipline at 1-800-CALL-FBI (1-800-225-5324) to verbally report tips