Brigadier General John Driscoll confirms the deployment comes to a close at midnight. 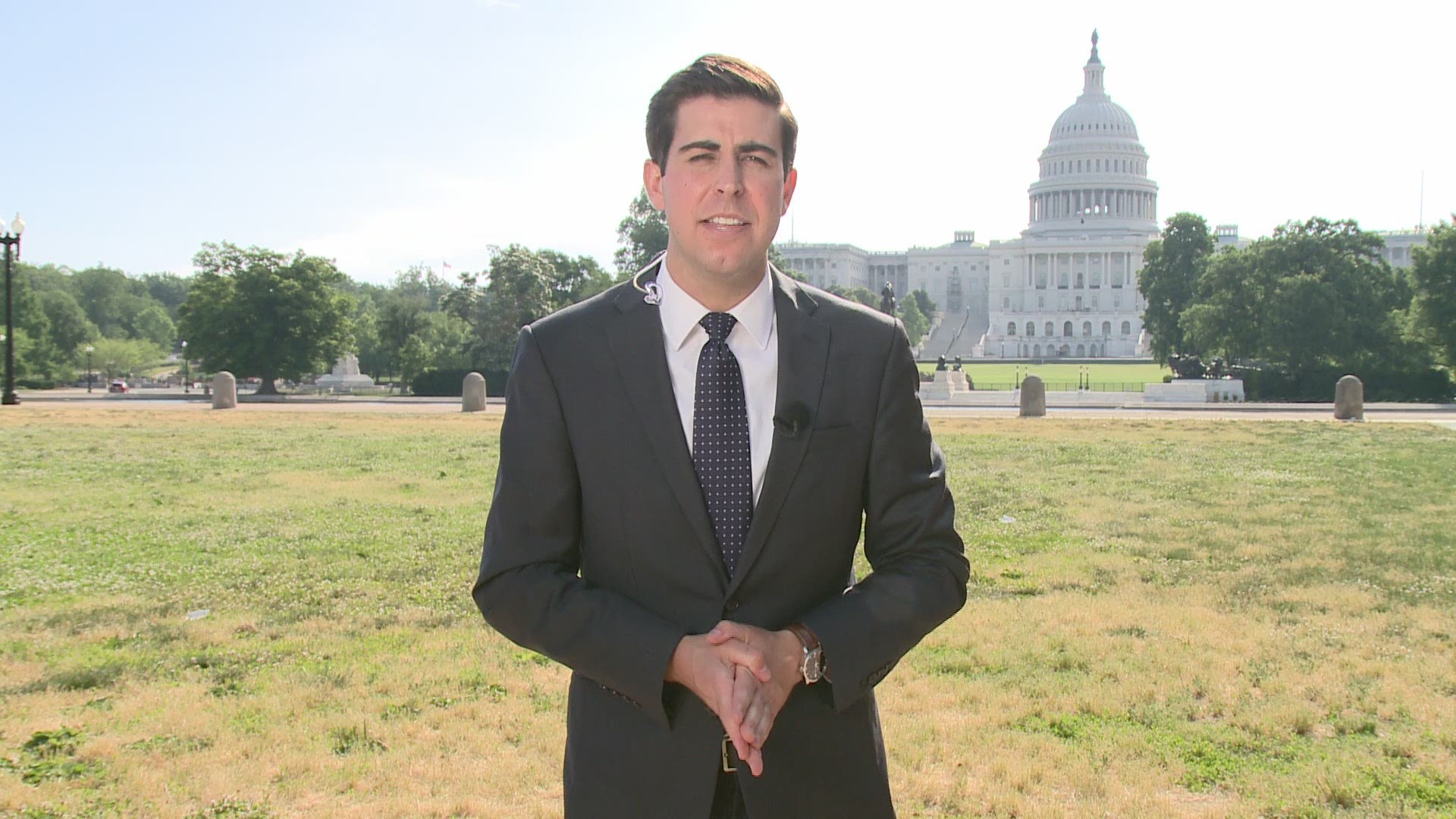 WASHINGTON — Roughly four months after the deployment began, the National Guard's mission to secure the Capitol will come to a close Sunday night, with its mission officially ending Monday morning at midnight.

"It was a long haul since January of 2021 but as of midnight tonight there will be no National Guard personnel on the Capitol," confirmed Brigadier General John Driscoll, Task Force Commander of the Guard's Capitol mission.

It was a deployment he never expected.

"We read about it in the Civil War but we never ever thought we would come back to the Capitol and defend the capitol ever again," he said.

The events of the Jan. 6th insurrection at the Capitol prompted the deployment.

"No American can look at that and not feel their heart sink," said Driscoll.

When asked if he thought another incident like January 6th's was possible at the Capitol, he said "the U.S. Capitol Police does drive the intel and we only react off of that so I can't really speculate to that point but it's as we've been since 1636, the Guard has always been ready, always there."

According to Driscoll, bad actors working in isolation pose the greatest threat to the Capitol because they're so challenging to plan for.

"As with any security operation, the greatest threat is that lone wolf," he said.

Effective cooperation between security agencies will play a vital role in preventing those threats, he said.

"I think it's just the open communication and the partnership and the teamwork with the National Guard and the U.S. Capitol Police as well as all the other federal agencies around here," said the general.

Those security measures must be balanced against the desire for access to the 'People's House'.

"We could seal it up like a fort but then again, what message do we send?" he asked. "It is, you know, the beacon of democracy throughout the world and the Capitol and it has to be open."

Balancing those two competing interests, Driscoll said, would be a "fine line."

"It won't be the National Guard to make that call, it going to be the security professionals with input from the U.S. Capitol Police, Metropolitan Police, Secret Service, Park Service, but also the Speaker of the House and the Capitol Police Advisory Board that will make those final decisions," said Driscoll.

After months of deployment, the National Guard mission to secure the #Capitol ends TONIGHT.

Remaining soldiers and airmen will soon be headed home.

He would not give a specific date for removal, but said he does think the remaining fencing surrounding the Capitol will eventually come down.

"It is my hope and desire and I'm pretty confident we will," said the general.

"The gratitude and the outpouring of support from the DC community is just overwhelming so we want to say thank you very much to all the people that came by and supported us," he said.

At its peak during President Joe Biden's inauguration, the general says more than 25,000 Guardsmen representing all 54 states and territories were deployed around the Capitol. That figure began to drop following the event.

Today, just under 2,000 Guardsmen are deployed to the District. By midnight, that number will be zero.