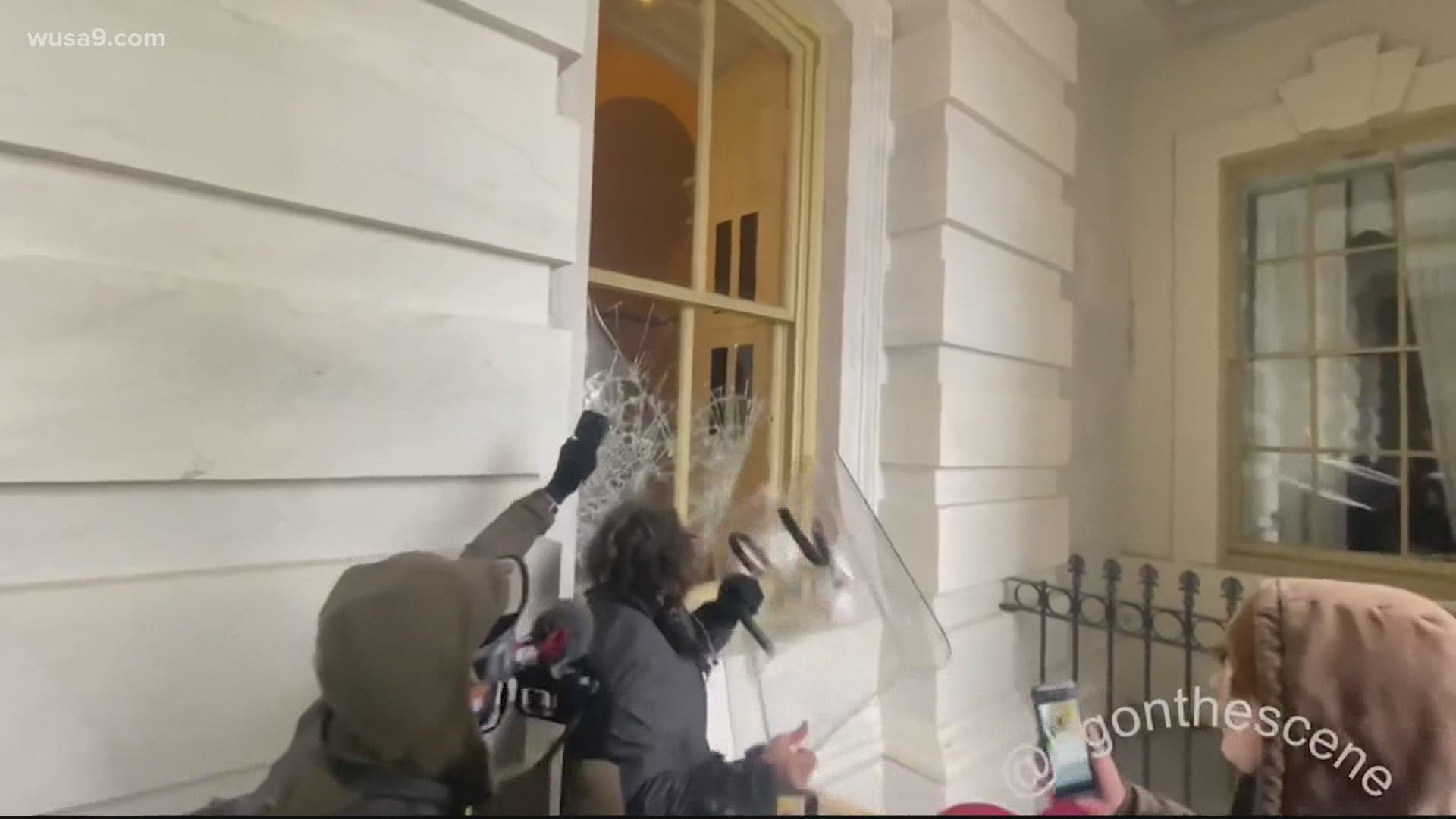 WASHINGTON — A group of Proud Boys rallied to a shout of “Let’s take the [expletive] Capitol!” before charging a line of police on the steps of the building January 6, according to new video released Monday by the Department of Justice.

In the video, which is included in the discovery materials filed with the court in the case against Charles Donohoe – an alleged Proud Boys leader charged with conspiracy in connection to the Capitol riot – a number of Proud Boys can be seen wearing orange hats and body armor on the Capitol grounds.

One of the group yells, “Let’s take the [expletive] Capitol!” and the Proud Boys start “tightening up,” as another yells. An unidentified member of the group wearing a gaiter over his face then admonishes them, saying, “Let’s not [expletive] say that.”

Donohoe can be seen in the video wearing a red-and-white covering over his face, the Justice Department said.

Two of Donohoe’s co-defendants in the conspiracy case – Proud Boy leaders Joseph Biggs and Ethan Nordean – can also be seen in the video. Nordean, who goes by the name “Rufio Panman,” can be seen organizing other Proud Boys with a bullhorn.

Other Proud Boy defendants charged in the case can be seen in two additional videos released Monday. In one, New York Proud Boy Dominic Pezzola can be seen walking through the crowd with a stolen police riot shield – which he would later use to smash in a window and enter the Capitol building. 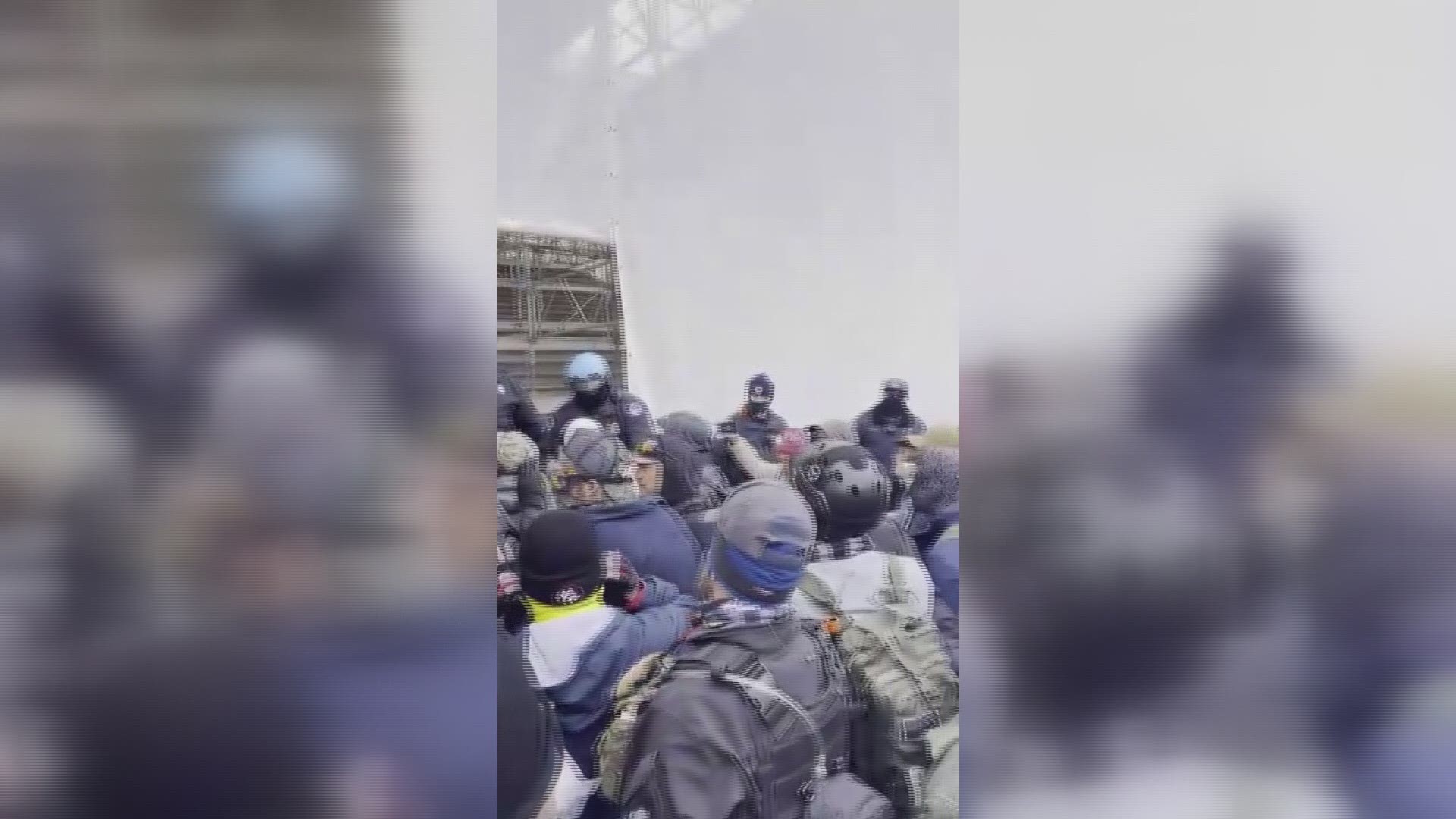 In a third video, Pezzola and men identified by the DOJ as Donohoe and Christopher Worrell – another alleged Proud Boy charged in the case – can be seen among a large group of people who charge Capitol Police on the steps. The police are quickly forced to retreat back into the building, with the crowd close on their heels.

The videos are the latest releases won by a coalition of newsrooms, including WUSA9, that has been petitioning the courts for months in an ongoing effort for more transparency in the case. Last week, the coalition won the release of another series of videos showing a man identified by prosecutors as Patrick Edward McCaughey III, of Connecticut, assaulting police with a riot shield in the Capitol tunnels.

On Thursday, the coalition also secured the release of footage of a man identified by the DOJ as former Marine and NYPD officer, Thomas Webster, of New York, repeatedly assaulting police with a metal flag pole.

Donohoe was one of four alleged Proud Boys – including Nordean and Biggs – indicted in March on six counts, including conspiracy, obstruction of an official proceeding and destruction of government property. His next court appearance is scheduled for a status conference on July 15 at 2 p.m.