Josiah Colt, who dangled from Senate balcony on January 6, pleads guilty to felony

Colt, 34, of Idaho, faces more than five years in prison as part of a plea deal for his involvement in the January 6 Capitol riot. 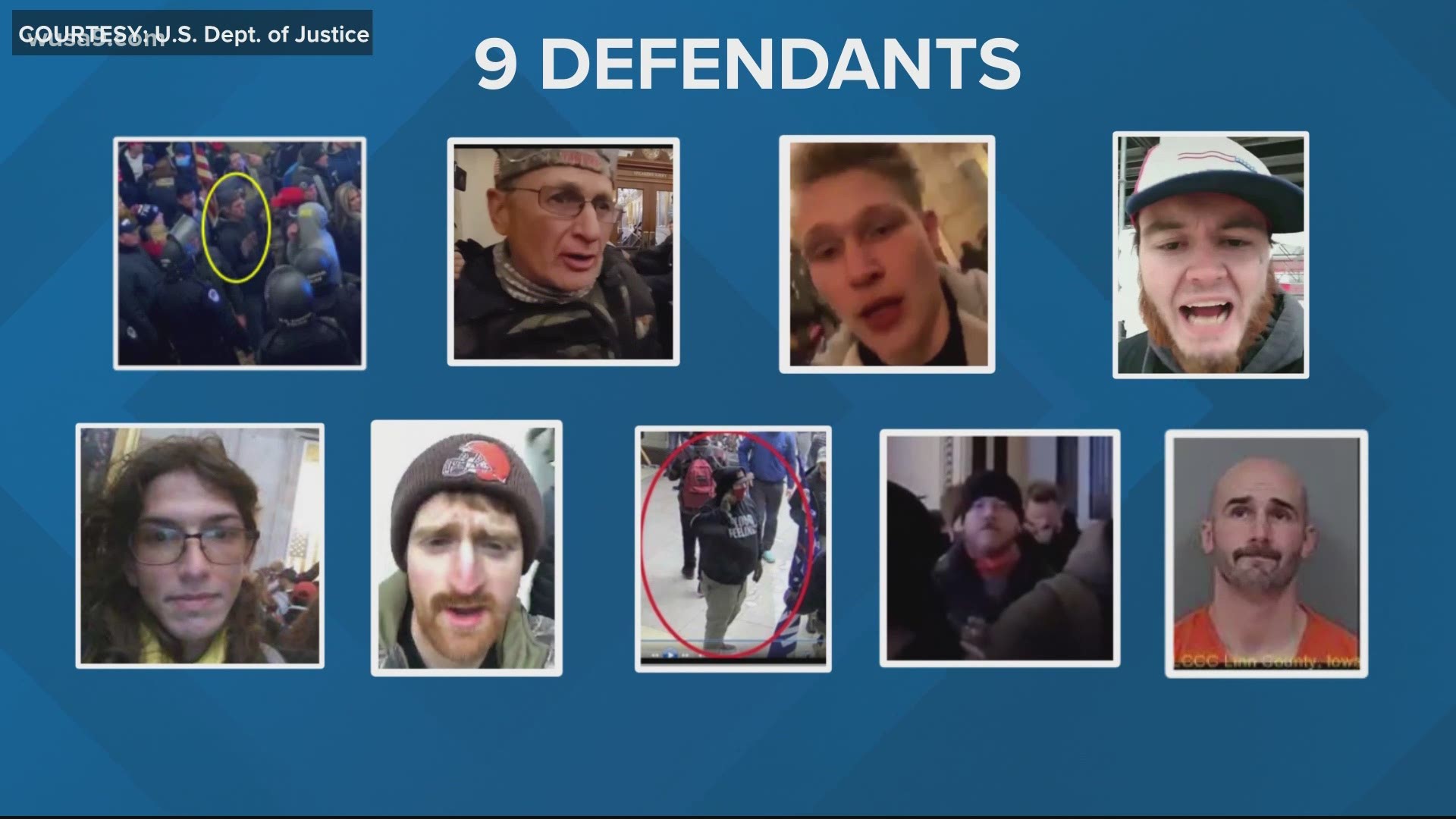 WASHINGTON — An Idaho man who mistakenly bragged he was the first person to sit in House Speaker Nancy Pelosi’s chair when a mob stormed the U.S. Capitol building on January 6 entered a plea of guilty on Wednesday, joining more than a dozen other defendants to date in doing so.

Josiah Colt, 34, of Meridian, Idaho, appeared before U.S. District Judge Thomas Hogan to enter his plea of guilty to one count of obstruction of an official proceeding – a felony with a maximum sentence of 20 years in prison. In exchange, the government agreed to drop the remaining charges against him and not to ask for a sentence higher than the 51-63-month estimated range. Colt has also agreed to cooperate with the investigation into other rioters, including, potentially, two other men, Ronald Sandlin and Nathaniel DeGrave, who he allegedly conspired with ahead of the riot. Sandlin and DeGrave have been charged individually in the case.

A photograph of Colt dangling from the Senate balcony went viral during coverage of the Capitol riot January 6, when thousands of supporters of former President Donald Trump stormed the U.S. Capitol building in an effort to disrupt the certification of Electoral College votes for President Joe Biden.

Credit: Department of Justice
Josiah Colt, 34, of Idaho, pleaded guilty on July 14 to one felony count of obstruction of an official proceeding in connection with the January 6 Capitol riot.

In an interview with a CBS-affiliate afterward, the DOJ says Colt admitted to his involvement in the riot and apologized for participating.

“I love America, I love the people, I didn’t hurt anyone and I didn’t cause any damage in the Chamber,” Colt said. “I got caught up in the moment and when I saw the door to the Chamber open, I walked in, hopped down, and sat on the chair. I said my peace then I helped a gentleman get to safety that was injured then left.”

The Justice Department says the chair Colt said in was actually the seat reserved for former Vice President Mike Pence, and not Pelosi.

Colt was one of two Capitol riot defendants to plead guilty Wednesday. At the same time as his hearing, Danielle Doyle, of Oklahoma, appeared before a second federal judge to enter a guilty plea to one count of parading, demonstrating or picketing in a Capitol building – a misdemeanor charge with a maximum sentence of up to 6 months in prison.

#CapitolRiot: Later on Wednesday there are two simultaneous plea hearings at 2 p.m. First for Josiah Colt, an Idaho man photographed dangling from the Senate Balcony. Then, for Danielle Doyle, of Oklahoma. @wusa9 @EricFlackTV pic.twitter.com/3Z0ICWDEH8

In charging documents filed in February, the DOJ said surveillance footage from inside the Capitol showed Doyle climbing in through a smashed window and then walking through the building with other rioters.

Sixteen Capitol riot defendants have now accepted plea deals in the case, including four defendants who agreed to plead guilty to felony charges. Of those, three – Jon Schaffer, Graydon Young and Mark Grods – are members of the Oath Keepers militia group. Two other plea hearings were scheduled for the week, and an additional two defendants have agreed to plea offers as well, according to court filings by the DOJ.