DC leader calls for roads to reopen, barbed wire to be taken down around Capitol

DC Councilmember Charles Allen's request comes after an Ohio Congressman suggested the perimeter around the Capitol Building may move "outward." 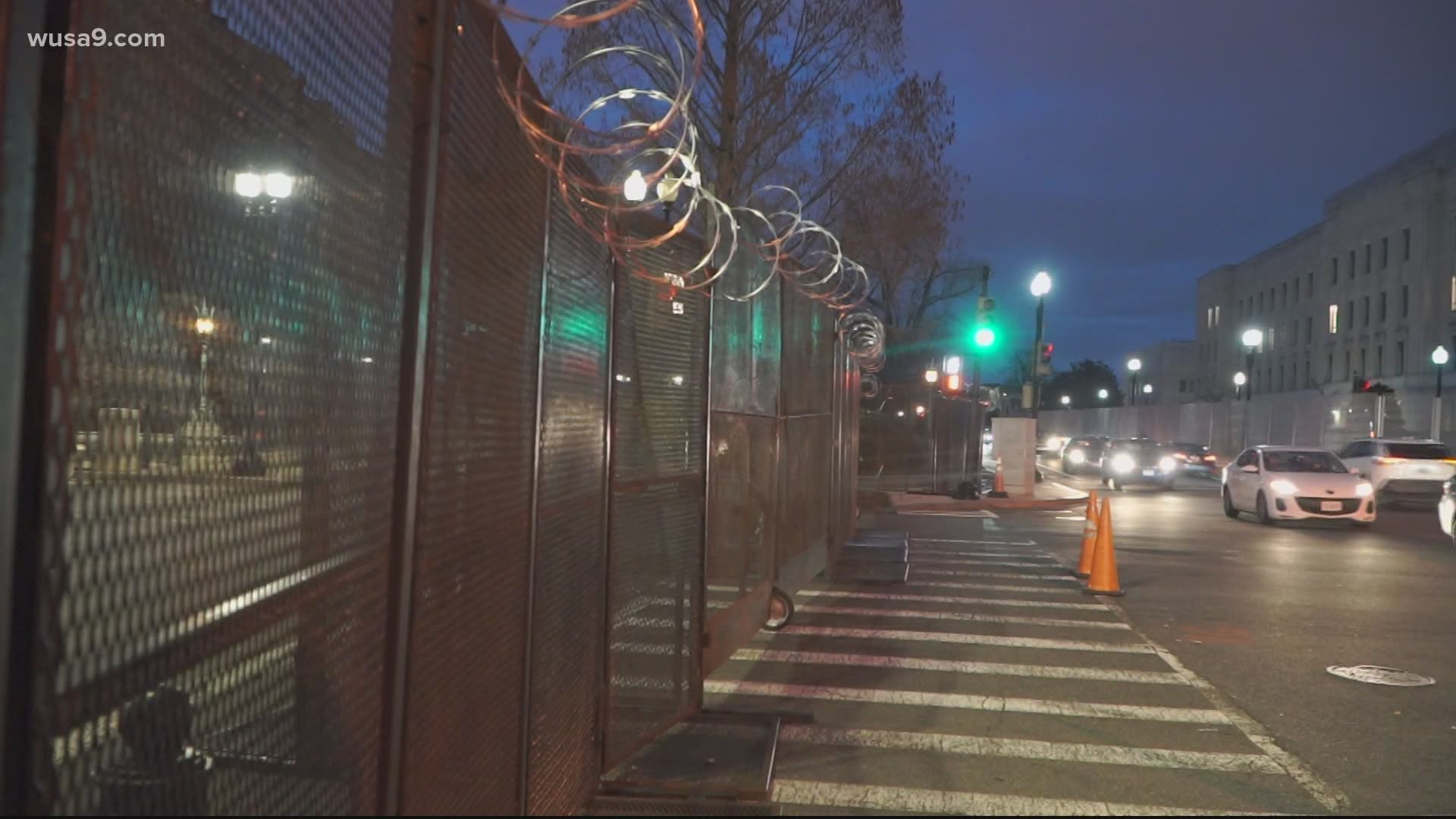 WASHINGTON — As federal leaders reexamine security protocols around the Capitol Building complex, one D.C. leader is calling on them to remember the impact their decisions will have on local residents.

On Tuesday, security officials briefed members of the U.S. House Committee on Appropriations on the events of Jan. 6 on Capitol Hill. In the closed-door hearing, Acting Sergeant at Arms Timothy Blodgett said federal authorities should work to “harden” the security perimeter of the complex.

“Too many access points were breached on January 6 and the speaker has tasked Lt. Gen. Russel Honore to review Capitol security to help us turn these lessons into action,” he said.

“Again, it's going to be some time before any major decision is made on that,” he said. “But there's probably a very good chance that the perimeter of the Capitol is moved outward. I would assume it would be outside of the office buildings.”

Ryan said it was too early to say whether the expansion of the perimeter around the Capitol would include any specific change like moving the non-scalable fence that has been set up around the area.

“That’s a great question,” he said. “I think that’s something that's on everybody's mind. We don't know that yet. We just don't know.”

He requested an update from USCP on its plans to remove some of the barriers, fencing, and barbed wire that have been set up around the area. Allen also asked that roadway closures in the area be reversed as soon as possible to restore connectivity between Capitol Hill and downtown.

"Temporary security measures have a way of becoming permanent in this town, and it would be unnecessary as well as a tragic loss of access, openness, and public space if current temporary barriers remain in place,” Allen wrote.

He said he worries added security around the Capitol complex will come at the expense of people who live in the surrounding area.

“We need a secure capital for the lawmakers, for the staff, for the visitors,” Allen said. “But those failures and the fixes, the solutions, need to be inside the capital. Their failures shouldn't become an excuse to just harden the perimeter blocks and blocks out and take away the people's house from the people.”

Allen said Pittman’s staff has replied to his letter and is setting up a meeting to discuss matters with the Councilmember soon. He added that he thinks the conversation around Capitol security and its impact on the local community would be different if D.C. had full representation in Congress.

“I guarantee you if this was happening in a state where they had full representation and very different conversations taking place,” he said.

Over the last few weeks, WUSA9 has talked to other local residents about how they feel about all the security around the Capitol Building.

Many have said they would like to see it be removed, but Capitol Hill resident Kerry Lupher said for right now is she comfortable having it around.

"I’d rather be safe than sorry," she said. "There was a massive invasion, it felt like, in our community and I want the authorities to do what they need to do.”