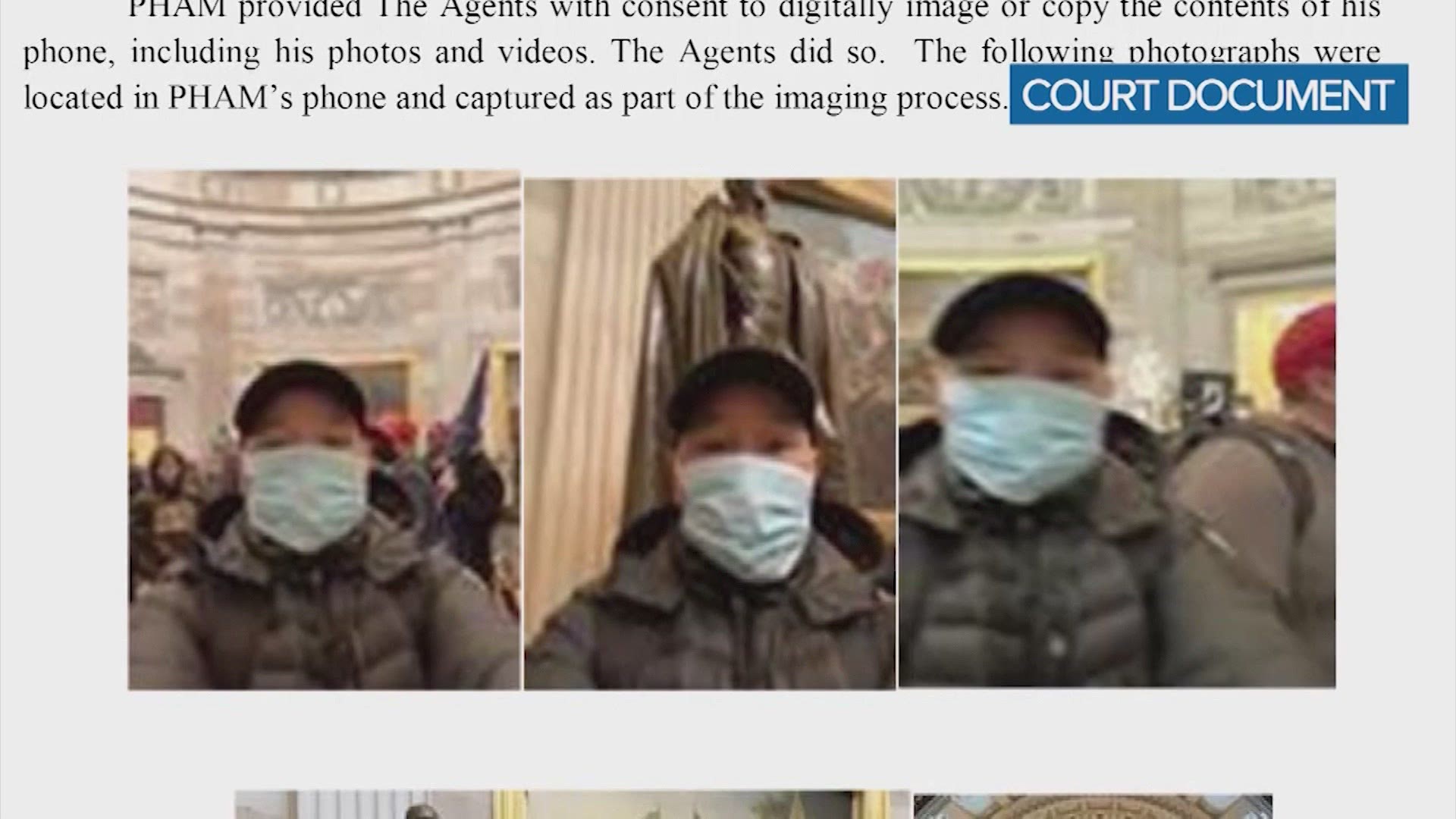 HOUSTON — A former Houston Police Department officer who is accused of taking part in the Capitol riots is set to appear in court, but not for a while.

Tam Dihn Pham's court appearance, which was scheduled for April 26, will now be held on June 8, June 9 or June 10.

Pham is currently free but living under certain conditions.

Pham is charged with violent entry and disorderly conduct on Capitol grounds and unlawfully entering a restricted building.

RELATED: Houston police officer accused of being part of Capitol mob has resigned

According to a federal warrant, Pham initially denied he was part of the pro-Trump mob that stormed the Capitol on Jan. 6. But FBI agents say he confessed when they found deleted cell phone photos of him inside the building.

In January, Pham turned himself in and his bond was set at $50,000. He was also ordered to surrender his U.S. and Vietnam passports and not to have any communication with law enforcement and anyone who is a victim or witness in the case.