The Department of Homeland Security says it is on alert over online chatter about a possible attack on the Capitol Thursday or Saturday. 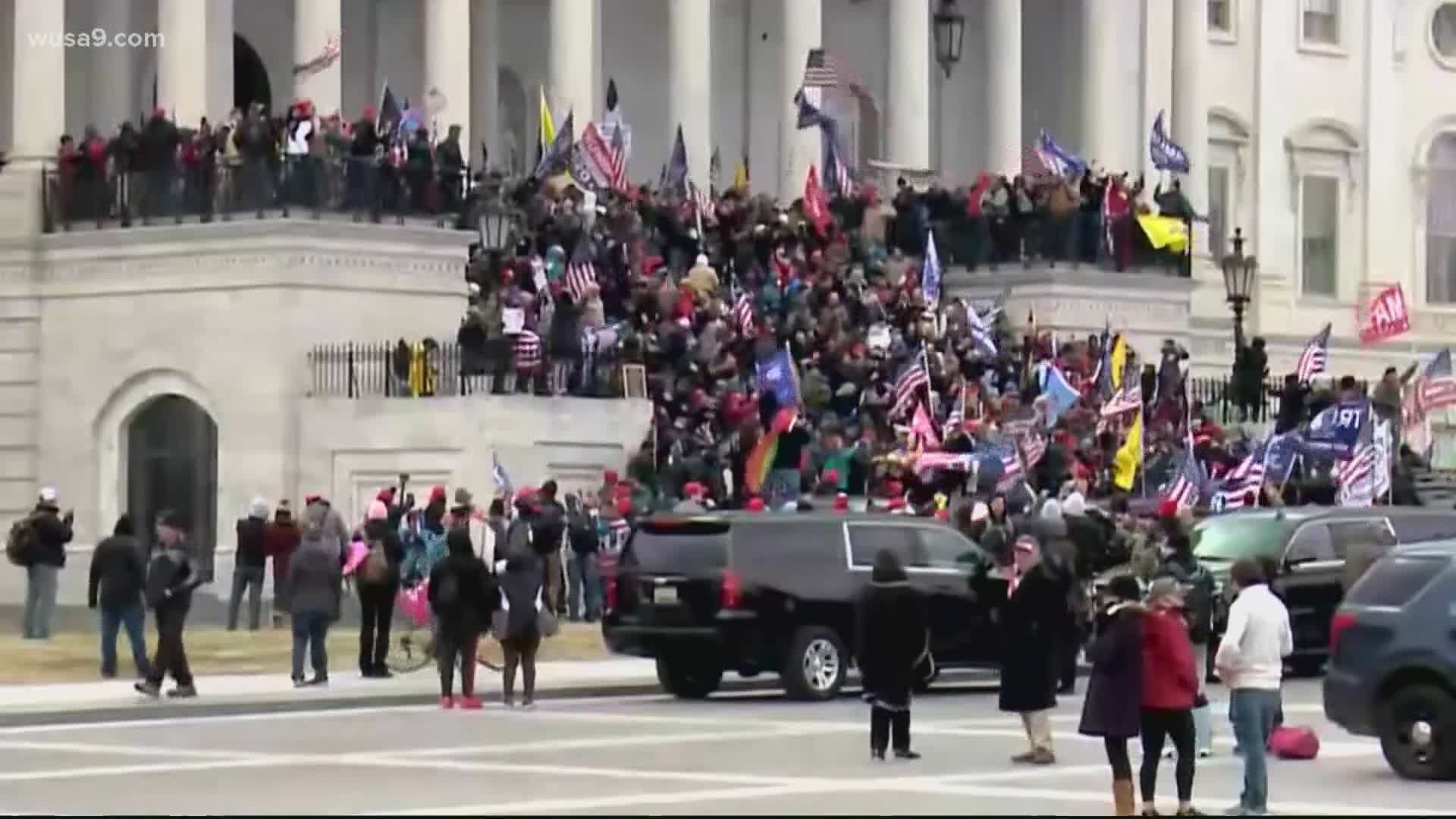 WASHINGTON — During testimony to a joint Senate committee on Wednesday, the Department of Homeland Security says it is on alert over online chatter about a possible attack on the Capitol Thursday or Saturday. It comes as the FBI, DHS and D.C. National Guard leaders faced tough questions from the U.S. Senate about the Jan. 6 Capitol riot.

The Director of DHS’s Intelligence and Analysis division said it issued a security bulletin around midnight. It warns about militia groups desiring an attack on the Capitol on what they view as the “true” inauguration day, part of the false Q-Anon conspiracy theory.

FBI Assistant Director Jill Sanborn testified that due to 1st Amendment protections, the FBI does not monitor online chatter about political violence unless it gets a tip, or as part of investigating an already-identified suspect. However, Sanborn says the agency did approach known militia members before Jan. 6 to give them a message.

Here’s our look at what security experts say could be done to harden the #CapitolBuilding from future attack. @wusa9 https://t.co/gQrpjRRMjz

Online talk of possible violence at the U.S. Capitol drove the FBI Norfolk field office to issue an alert to Capitol Police the night before the Jan. 6 attack. Even that warning didn’t make it to the top of the FBI, said the agency’s Assistant Director.

“I found out about it days after. It was raw, unvested info,” said Sanborn.

But the FBI and DHS stand by its intelligence reports and how it got the information to the Capitol Police on Jan. 5, saying it wasn’t just by email, but also spoken of in meetings, and on an online law enforcement portal.

Separately, D.C. National Guard leader, Maj. Gen. William Walker, spoke with U.S. Senators about why it took so long for Guardsmen to help Capitol Police at the U.S. Capitol Building.

“Chief Sund, his voice cracking with emotion, indicated that there was a dire emergency on Capitol Hill and requested the immediate assistance of as many Guardsmen as I could muster,” Walker said.

Walker told Congress he asked Army Senior Leaders to authorize troops right after that call from Capitol Police, which he recalled came at 1:49 p.m. But he said they had to wait, as it took more than three hours for them to tell him he could deploy.

“I believe that could have made a difference,” Maj. Gen. Walker said. “We could have extended the perimeter.”

Part of the delay comes from the way the D.C. Guard operates. Unlike in states, in the District, they are beholden to the Department of Defense for mission approval. Senators wanted to know if that wasn't the case, what would have happened.

“I would've sent them there immediately,” Walker answered, adding that he was able to get approval for troop movement immediately in June, but not to respond to the Capitol on January 6th.

Once Major General Walker was given the approval, he says troops made it from the DC armory to the Capitol riot in 18 minutes.

Sen. Maggie Hassan (D-NH) took issue with the Department of Homeland Security not declaring the counting of the electoral votes on Jan. 6 as a “National Security Special Event” which could have meant more federal police dispatched to protect the Capitol that day.

DHS says that while it is not declaring a National Security Special Event for the coming days, it is actively monitoring threats against the Capitol.