Jeffrey McKellop, of Fishersville, Virginia, faces multiple federal charges in connection with the January 6 insurrection at the U.S. Capitol. 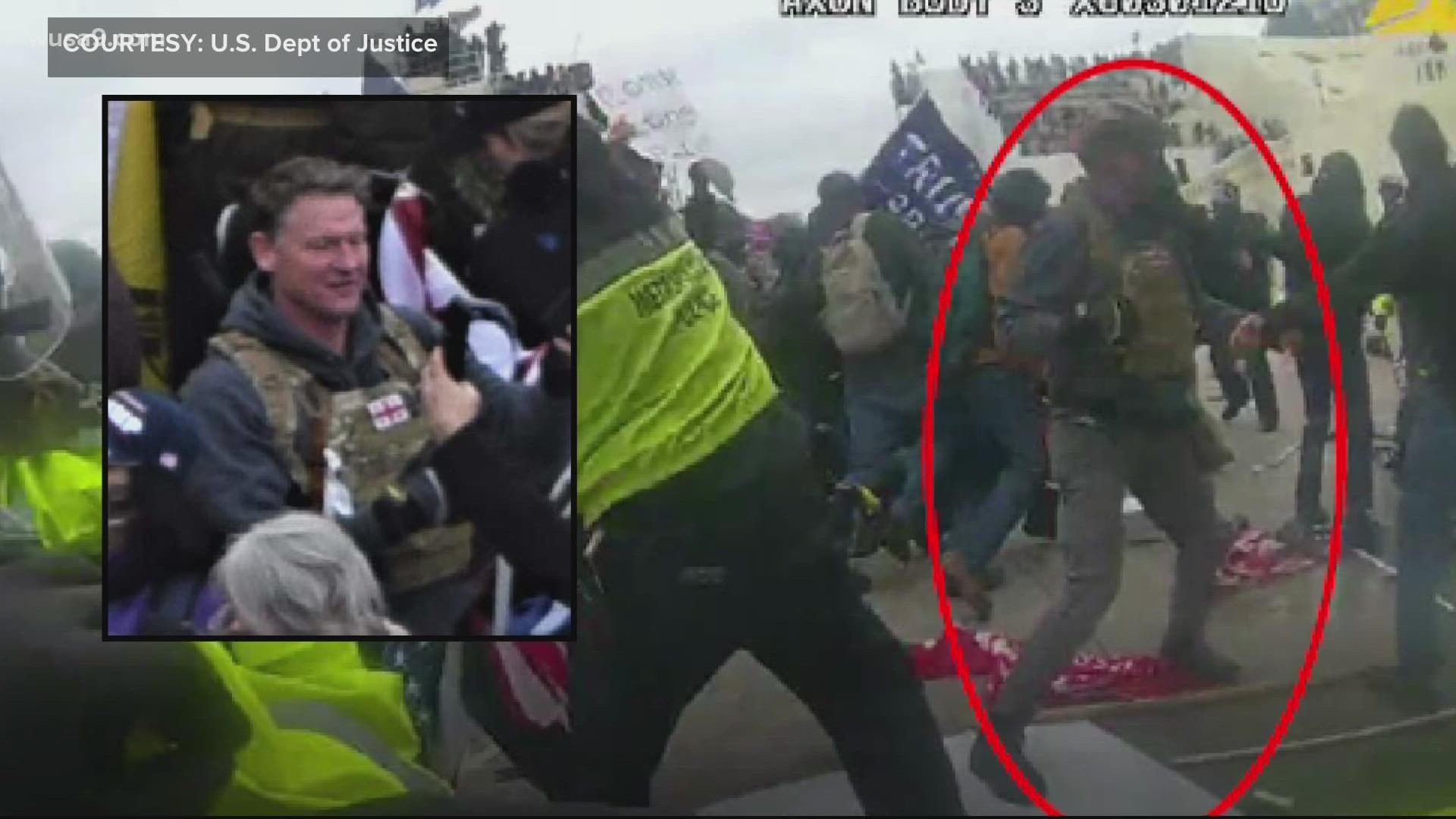 WASHINGTON — A former Army Special Forces soldier charged with attacking D.C. police officers during the Capitol riot on January 6 is asking to be released from jail as he awaits trial.

Federal prosecutors say Jeffery McKellop, an Army veteran and military contractor from Fishersville, Virginia, physically assaulted at least three officers, threw a bottle at MPD and Capitol Police and shoved a flagpole in another officer’s face before throwing it at him “similar in fashion to throwing a spear.”

According to charging documents, the flagpole struck the officer in the face, causing bleeding.

#CapitolRiot: The FBI says these photos show former U.S. Army Special Forces soldier Jeffery McKellop, of Fishersville, VA, beating an officer with a flag pole before throwing it at him like a spear. McKellop is asking to be released from custody this week. pic.twitter.com/iCc08NJ9j7

In a statement of facts filed in federal court, the FBI says McKellop – who allegedly came to the Capitol on January 6 in ballistic armor and wearing a backpack affixed with his U.S. Special Forces pin – was identified by multiple tipsters, including someone who said they’d served with McKellop in the military.

The Justice Department argued in a motion asking him to be held without bond that McKellop’s “extensive military and combat experience indicates an increased capacity to harm members of the community,” and also that his government position and past military experience gave him “reason to know the acts he committed were wrong.”

In a motion in opposition, McKellop’s attorney said his client served more than 22 years in the U.S. Army, during which time he received three Bronze Stars and a Meritorious Service Award. McKellop’s attorney also argued that his client wore tactical gear to the Capitol “in case of violence caused by counter protesters,” and that the government has presented no evidence so far that his alleged actions were premeditated.

A pretrial detention hearing for McKellop was cut short Monday when he passed out during the middle of the hearing – forcing the judge to put it on pause until Tuesday.