Jacob Hiles, of Chesapeake, faces up to 6 months in prison on a single misdemeanor count of parading, demonstrating or picketing in the Capitol. 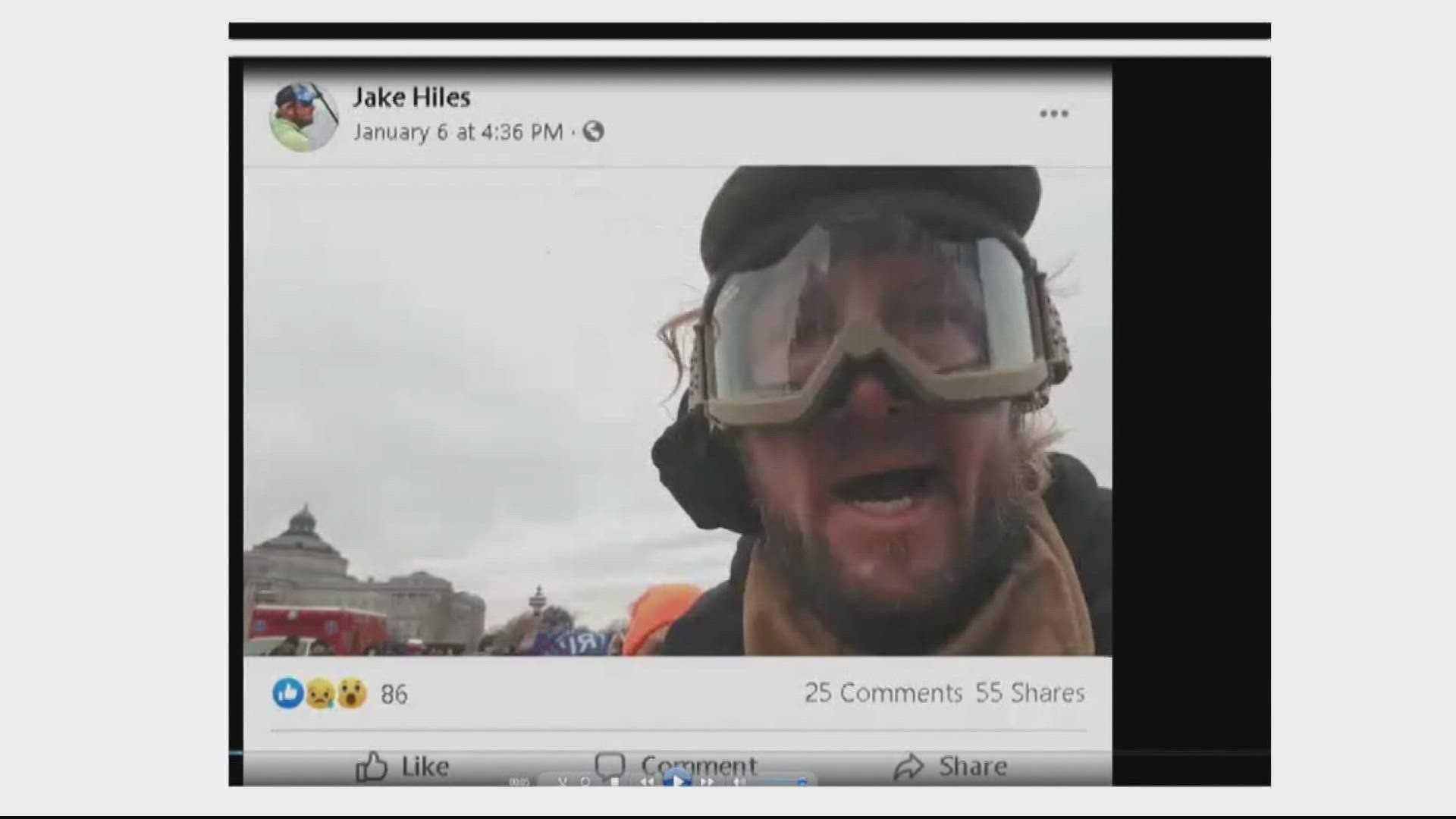 WASHINGTON — A Virginia man who posted his participation in the Capitol riot to Facebook pleaded guilty Thursday to one misdemeanor count of parading, demonstrating or picketing in a Capitol building.

After reading the terms of the plea agreement to him, Jackson asked Hiles if he had anything he wanted to say.

Under the terms of his plea, Hiles will face up to 6 months in prison and will have to pay $500 in restitution. In exchange, the Department of Justice will drop the remaining three misdemeanor charges against him.

Hiles was arrested in January after “multiple Facebook friends” of Hiles shared posts and videos he had made of himself inside the U.S. Capitol on January 6.

Like so many other #CapitolRiot defendants, Jacob Hiles did much of the FBI's work for them by live posting his crimes to Facebook. Affidavit: https://t.co/Jqhy5749Xl #CapitolRiot @wusa9 pic.twitter.com/7mZJFK3QBv

According to charging documents, the posts began early in the morning, when Hiles posted shortly before 6 a.m. that he was, “Feelin’ cute… might start a revolution later, IDK.”

Later in the day, the FBI says Hiles posted about being tear gassed and entering the Capitol and being nearby when another rioter, Ashli Babbitt, was fatally shot while attempting to breach the Speaker’s Lobby. Hiles also posted multiple videos of himself, including one in which he smokes an “unidentified substance” inside the Capitol.

Hiles becomes the 56th Capitol riot defendant to plead guilty in the case and the sixth Virginian to do so. Last month, husband and wife Joshua and Jessica Bustle, of Bristow, Virginia, were sentenced to one and two months of home detention, respectively. Three other Virginians – Douglas Sweet, Cindy Fitchett and Edward Hemenway – are scheduled to be sentenced on October 13.

Jackson ordered Hiles to be back in court on December 6 for his sentencing. Until then he remains on presentencing release and must continue to check in by phone with pretrial services one a week.