Based on the route the suspect took to the DNC, and then from the DNC to the RNC, the FBI believes the suspect came from the vicinity of Folger Park. 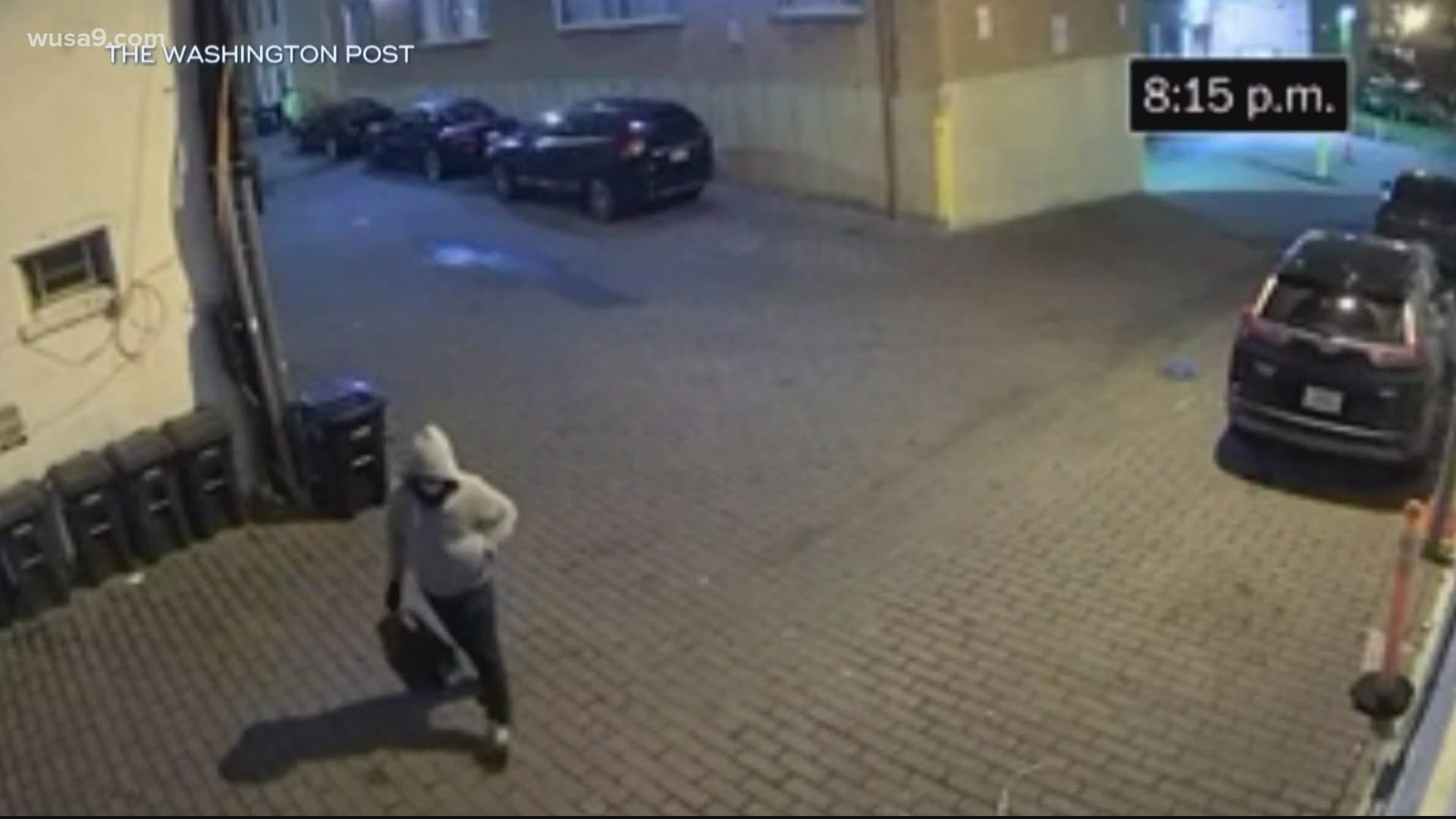 WASHINGTON — Editor's Note: The video above was published on April 13, 2021

The FBI released a new video Wednesday of a person suspected of placing pipe bombs in the Capitol Hill neighborhood in January in hopes of getting help from the public identifying the suspect.

According to a press release, multiple agencies are working to try to identify the suspect, including FBI’s Washington Field Office, the Bureau of Alcohol, Tobacco, Firearms and Explosives, U.S. Capitol Police, and D.C. Metropolitan Police Department.

Officials have also released a virtual map that highlights the route the FBI says the suspect walked while placing two pipe bombs on January 5, one day before the riots at the Capitol.

Some experts suspect the bombs were a deliberate effort to divert police away from the Capitol just before the insurrection on Jan. 6. The night before the riots, the FBI says the suspect placed one bomb in an alley behind the Republican National Committee (RNC) Headquarters and the other was placed next to a park bench near the Democratic National Committee (DNC) Headquarters.

The suspected pipe bomber was captured on video sitting on the bench near the DNC near the area where one of the bombs was placed.

"From this vantage point, a full front view of the suspect can be observed," said the FBI in their release.

According to the FBI, the route the suspect took to the DNC and then from the DNC to the RNC, the FBI believes the suspect came from the vicinity of Folger Park.

Agents do not believe the suspect is from the area, citing behavior in video footage and interviews with people who live in the area.

The FBI released the new video in hopes that people across the country would be able to provide any information to help further the investigation.

“The FBI is extremely grateful to the American people who have already provided us with vital assistance in this case,” said Steven M. D’Antuono, Assistant Director in Charge of the FBI’s Washington Field Office. “Since January, the FBI has conducted more than 800 interviews, collected more than 23,000 video files, and assessed more than 300 tips related to this investigation. Those tips have helped us uncover new information, which we are releasing today and asking the public to view it and call us with any information you think may be relevant.

We know it is hard to report information about a friend or family member, but these pipe bombs were viable devices that could have detonated, causing innocent bystanders to be seriously injured or killed. Your tip could be the one that prevents this person from harming themselves or anyone else.”

The suspect was wearing distinctive Nike Air Max shoes and carrying a backpack. A mask covers his face, and a hood covers much of his head.

The FBI is offering a $100K reward for information leading to the identification of the person who placed the pipe bombs. If you have any information, call the FBI at 1-800-CALL-FBI, or you can submit online at tips.fbi.gov. Tips can remain anonymous.