Don't want the Capitol to be fenced off? Here's how we could still protect it 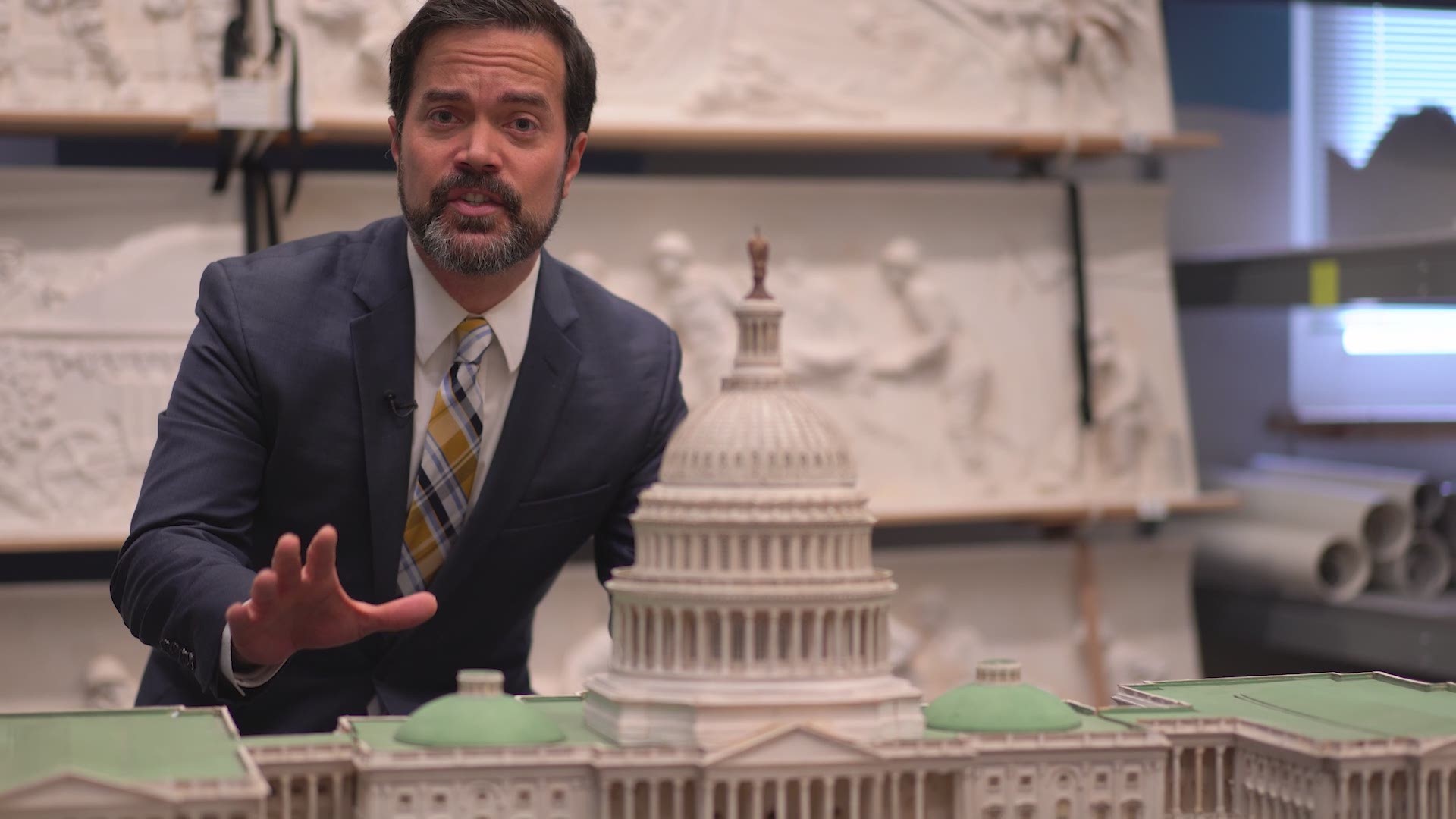 WASHINGTON — With six floors, 600 rooms and 1.5 million square feet, the U.S. Capitol Building is vast – and a challenge to adequately secure.

The major debate in security circles right now is whether it’s best to protect the Capitol with high fences, gates and a visible police force, or protect it from the inside by dominating the points of entry.

Everett Sesker has 22 years of local law enforcement experience in Prince George's County and as executive director for the Maryland Police Training and Standards Division.

We showed Sesker videos shot by pro-Trump protesters posted on the social media platform Parler and gathered by the non-profit newsroom ProPublica.

"You see the officers, they’re holding on to the racks," Sesker said. "Now they’re diverting their attention away from what’s going on in front of them to, let’s hold on to these racks, because in their mind, they’re thinking we can’t let them fall over."

The videos from the protesters' perspective provide a unique view for law enforcement to think of ways to prevent any future siege on the Capitol. One idea is to change the VIP parking location at the east end of the Capitol to avoid a target for protesters.

Sesker pointed out the vulnerabilities police officers face in trying to protect such a large building while outnumbered and surrounded.

"People always say the higher ground is the best ground, but you cannot fight from the stairs. You’re trying to keep your balance," he said.

On January 6, the ground floor windows to the U.S. Capitol were easily shattered by a simple kick from protesters.

"Just like the stores, you see the roll-down gates and things like that. It is the Capitol, you still want to keep the beauty of the Capitol, but those things can be hidden above the windows," he said.

Once the rioters got in, there were few officers inside to stop them from approaching the House and Senate chambers with lawmakers inside. With the building fallen to insurrectionists, Sesker says it’s important to buy time for leaders to escape.

Capitol Police, who declined our request for an interview, have proposed high, permanent fencing around the Capitol grounds. The idea is opposed by DC’s Mayor and members of Congress.

But as symbolic as the Capitol building is, much of the people’s work is done in the surrounding House and Senate office buildings.

The security presence at all six buildings is nowhere near the armed camp the Capitol building has turned into, but as members of Congress point out, they want the public to have the same access as they did before the insurrection – free to roam once passing a metal detector.

"I think this is going to be a lot like 9/11. After 9/11, we saw a major change in our airports in how we traveled across the country, and I think we’ll see a significant change here, unfortunately, on restricting access to the Capitol and monitoring movements," commended Rep. David Trone (D-Md.)

"I want Americans to still be able to go watch the Senate, watch the House, I want them to see the history in that building. I want people to be able to be able to come to my office whether they want to urge me to support a bill or complain about something," added Sen. Mark Warner (D-Va.)

But Sesker and other security consultants with experience protecting the Capitol say the number one factor to prevent this attack from happening again is training. It is difficult to train for the unthinkable, but now a riotous charge been shown to be possible, and nearly effective, at derailing American democracy.