The Justice Department says no formal offer has been made, but that sentencing ranges have been discussed. 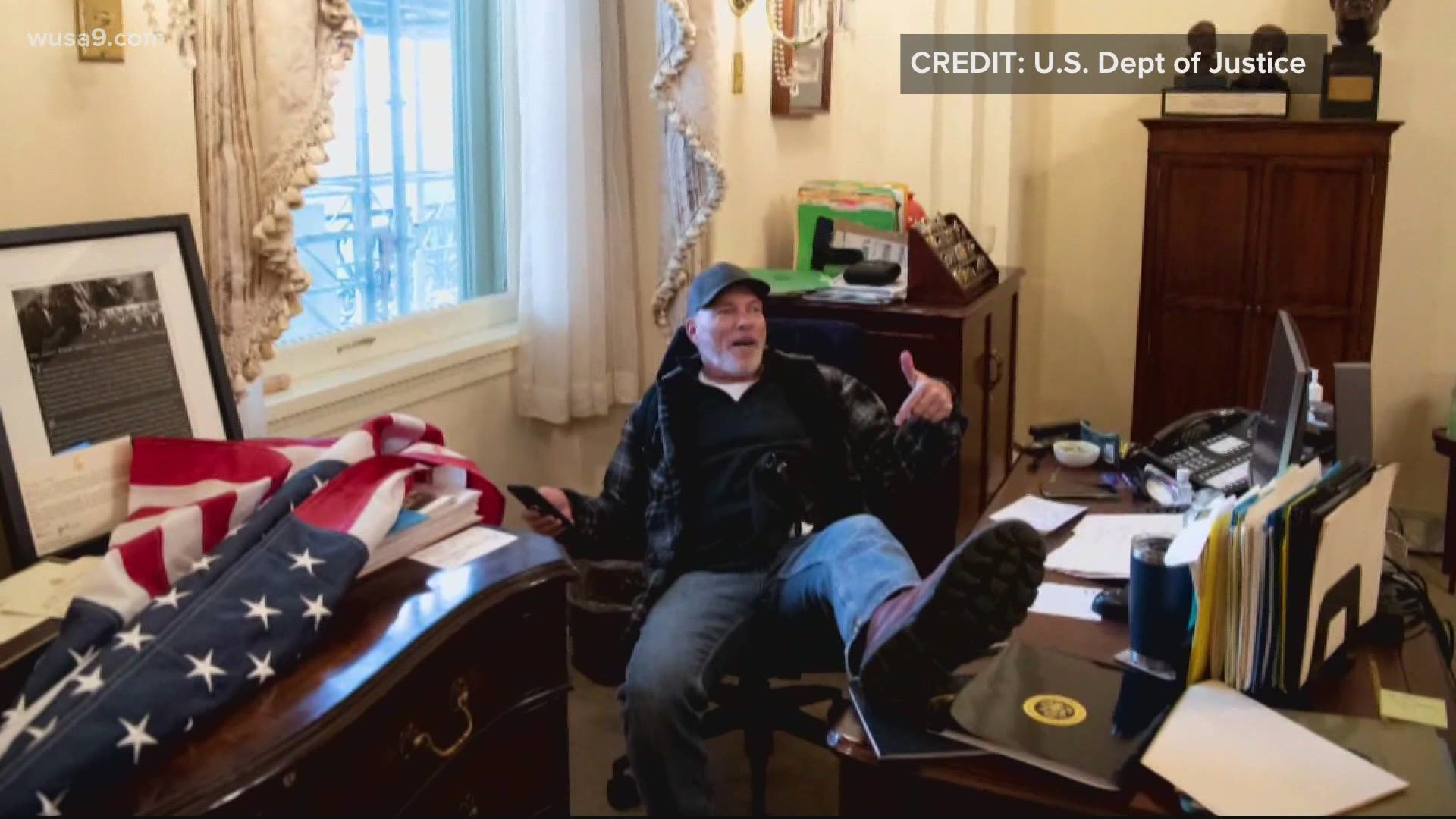 WASHINGTON — The Justice Department is in plea negotiations with a Capitol rioter accused of breaking into Speaker of the House Nancy Pelosi’s office on January 6.

In a bond review hearing Tuesday afternoon, a federal prosecutor said the DOJ was in plea talks with Richard Barnett, the Arkansas man photographed with his feet up on Pelosi’s desk during the Capitol riot. The Justice Department said no formal offer had been made yet.

Barnett is accused of breaking into Pelosi’s office with a stun gun – which he claims was deactivated at the time – and leaving a note that read, “Hey Nancy, Bigo was here b*atch.” “Bigo” is Barnett’s “preferred nickname,” according to charging documents.

Barnett, who has been in custody for four months, has been vocal about his displeasure at being locked up. In a courtroom outburst in March, Barnett lashed out at the judge, prosecution and his own defense team, saying the judge was making him “sit here for another month when everyone else is getting out. Prosecution keeps dragging this out. Everyone else has worse charges than me [and] is already home.”

In his latest attempt to be released, filed last week, Barnett pointed to fellow Capitol riot defendant Federico Klein, who was released on an unsecured bond despite being accused of using a riot shield against the police line. Klein, a State Department appointee of former President Donald Trump, was released earlier this month despite what a judge described as his “demonstrated willingness to use force to advance his beliefs.”

BREAKING🚨Judge orders pre-trial release of Richard Barnett, detained past 4 months on felony charges he broke into @SpeakerPelosi office and left her threatening note during #CapitolRiots. Judge concerned about Barnett ties to QAnon but couldn’t articulate clear threat to public pic.twitter.com/qYkgtkt5vf

Other Capitol riot defendants who are accused of being members of extremist groups have been released as well, among them Thomas Caldwell, an alleged high-ranking Oath Keeper, and Proud Boys Joseph Biggs and Ethan Nordean – although a federal judge revoked their release last week and ordered them back into custody over new conspiracy charges.

The Justice Department has argued that Barnett should be held in custody, saying in addition to leaving an “angry and threatening” note for Pelosi that he came armed with a stun gun to the Capitol and threatened police, allegedly saying, “’Ya’ll gotta pick an [expletive] side. This civil war, this isn’t, ‘Oh, somebody broke the law’ – the [expletive] Communists have declared war on us, boys.”

On Tuesday, U.S. District Court Judge Christopher Cooper, who is presiding over Barnett's case, ordered Barnett released to home detention in Arkansas with GPS monitoring. Cooper pointed out during the hearing that, with the 7-8 months the DOJ says Barnett could face in a plea situation, he could potentially be eligible for time served.