Mark Ibrahim posed for multiple photographs outside the Capitol on Jan. 6, with his DEA badge and gun displayed, but told DOJ agents they were "never exposed." 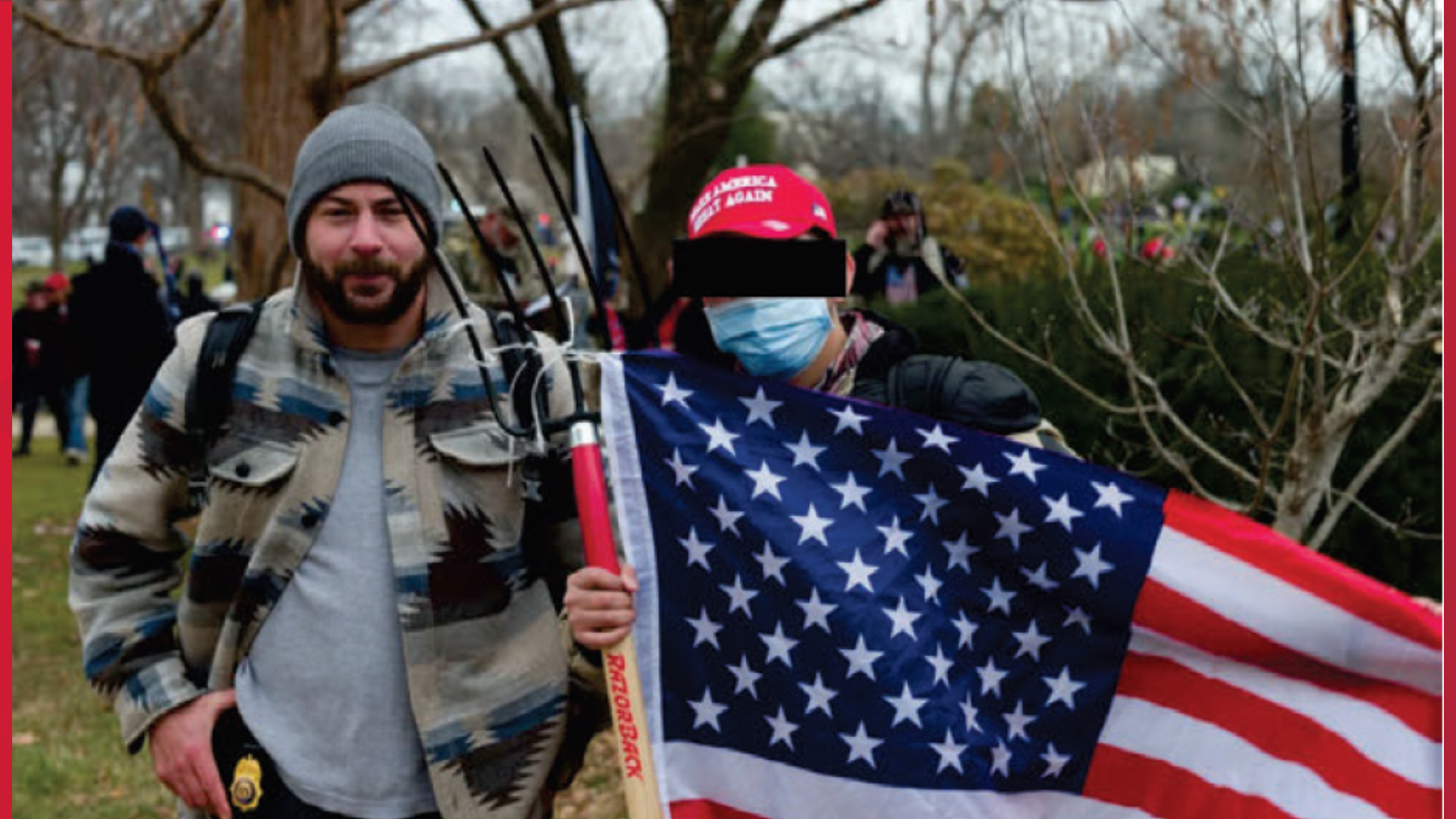 WASHINGTON — A special agent with the Drug Enforcement Administration (DEA) is the latest in a string of law enforcement officers to be charged in the Capitol riots. Agent Mark Ibrahim posed for several photos taken outside the Capitol on Jan.6, with his DEA badge and gun clearly displayed, but allegedly lied about whether they were ever exposed, according to the Department of Justice.

The charges against Ibrahim include:

In a statement of facts, the DOJ references nine different images that place Ibrahim on Capitol grounds on Jan. 6; all the images and videos used as evidence show Ibrahim on the outside of the Capitol building.

"The photographs are of such high resolution that the serrations on the slide of Ibrahim's DEA firearm are visible," the DOJ said.

According to the DOJ, Ibrahim had given notice to the DEA of his intention to resign and was on personal leave from the agency on Jan. 6; he had no law enforcement-related duties at the Capitol that day. WhatsApp group chat messages between Ibrahim and at least five other law enforcement officers also reference Ibrahim carrying his "duty weapon and badge/creds."

"I had my creds," Ibrahim said during an interview with DOJ officers on March 15. "I had my firearm, and my badge on me... But never exposed... Not that I know of.”

During those interviews, Ibrahim claimed he had attended the riots with a friend who had been "asked by the FBI to document the event," and said he went to help his friend.

According to court documents, when the friend was also questioned by DOJ agents, he denied being under any directive by the FBI and said Ibrahim had made that story up to "cover his ass." The friend told the DOJ agent that Ibrahim was instead attending the events at the Capitol to "promote himself" and create a stage to launch a "Liberty Tavern" political podcast and cigar brand after he left the DEA.

DOJ investigation shows that Ibrahim was steps away from where Ashli Babbitt was loaded into an ambulance at 3 p.m. after she was shot by an officer inside the Capitol building. Ibrahim posted video footage of her being loaded into the ambulance to his WhatsApp group chat, court documents say.