Legal experts say the autopsy listing a stroke as the cause of death eliminates the possibility of homicide charges. 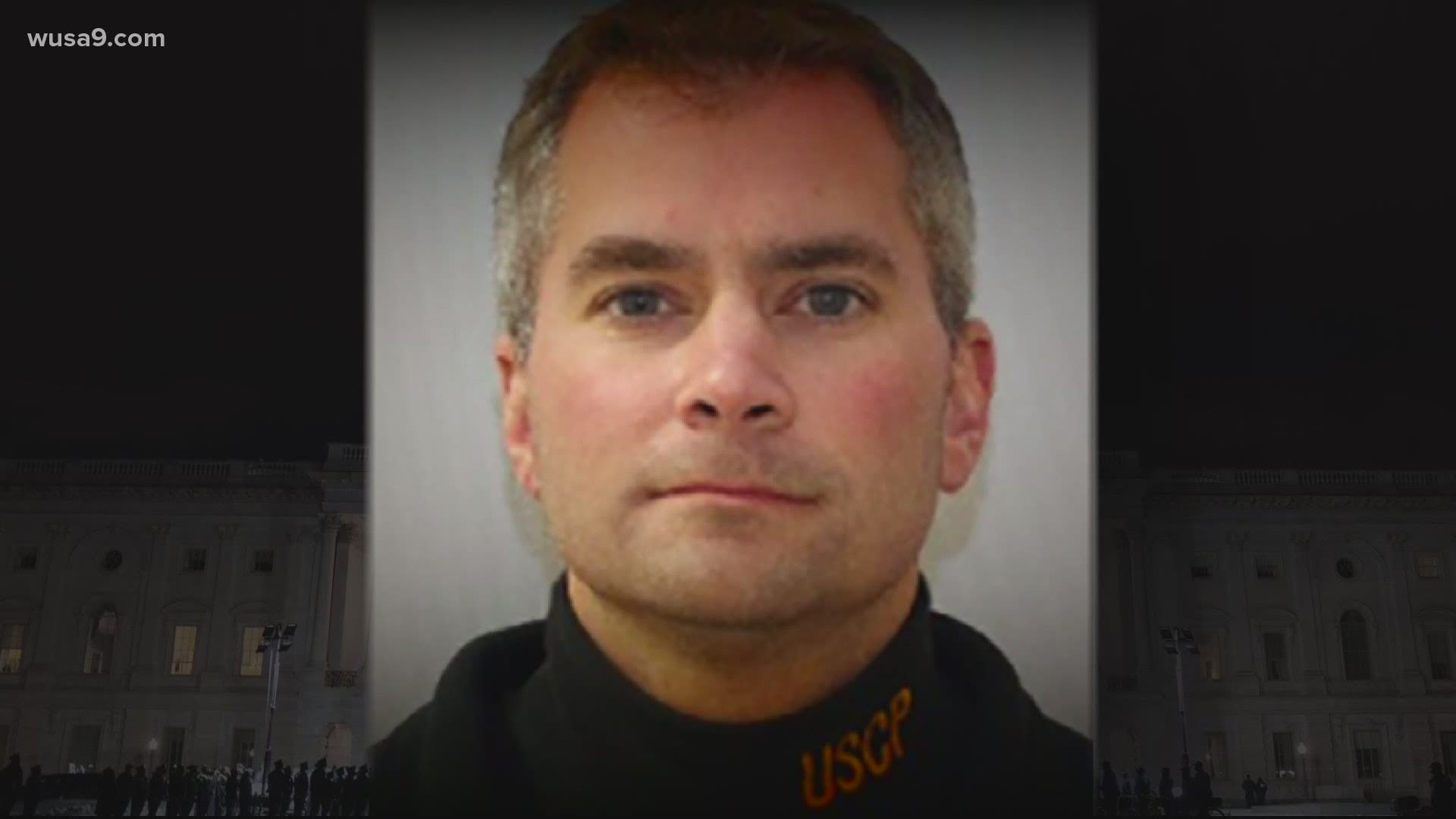 WASHINGTON — A day after the Office of the D.C. Medical Examiner ruled U.S. Capitol Police Officer Brian Sicknick died of natural causes – not injuries suffered fighting insurrectionists at the Capitol on January 6 – the Metropolitan Police Department said its investigation into Sicknick’s death is now closed.

“MPD’s death investigation has concluded,” MPD spokesperson Alaina Gertz wrote in an email. “To my knowledge, there is no additional report coming out.”

On Monday, D.C. Chief Medical Examiner Dr. Francisco J. Diaz ruled that 42-year-old Sicknick died after suffering two strokes. Diaz said Sicknick's death was not caused by an allergic reaction to the chemical irritant known as "bear spray" that he and two other police officers were allegedly hit with while fighting back rioters.

According to a timeline released by Diaz, Sicknick collapsed at 10 p.m. that night, roughly seven-and-a-half hours after getting hit with the spray. The timeline said Sicknick died at a local hospital at 9:30 p.m. the following evening.

At the time of Sicknick’s death, both the Capitol Police and Justice Department issued statements stating Sicknick died in the line of duty while defending the US Capitol.

Earlier this month, Diaz reiterated Sicknick was among those who died as a result of the siege on the Capitol.

“On Wednesday, January 6, 2021, an unprecedented incident of civil insurrection at the United States Capitol resulted in the deaths of five individuals,” Diaz wrote in an April 7 release reporting autopsy results for Ashli Babbitt, Kevin Greeson, Benjamin Phillips and Roseanne Boyland. At the time, Diaz said the cause and manner of death for Officer Sicknick was still pending.

WUSA9 has emailed questions to a spokesperson for Diaz seeking clarification of how or if Diaz believes the strokes that killed Sicknick are tied to injuries suffered January 6, but the office has yet to respond.

Two men, George Tanios and Julian Khater, face assault charges for using the bear spray on Officer Sicknick and the other two officers. Legal experts say now that MPD’s investigation is closed, it eliminates the possibility homicide charges will be filed against Tanios, Khater or any other yet-to-be-identified suspects.

“Both the US Attorney's Office in DC and the house impeachment managers in the Senate, they pointed to the assault,” said Neama Rahmani, a former federal prosecutor in the Southern District of California. “First it was a fire extinguisher, then the chemical irritants and an allergic reaction.”

“But this is very surprising. I don't think anyone saw this coming. That's so much time later, the chief medical examiner in the case would come up with a report that is entirely inconsistent with what folks have been saying for months now.”

Capitol Police issued a statement saying the Sicknick family asked for privacy during this time. A call to a woman identified as a family spokesperson has not been returned.

John Krenzel, mayor of South River, New Jersey – Sicknick’s hometown – says the town still hopes to do a memorial in honor of Sicknick but is waiting for guidance from the family about when and how they would like to move forward.

“We are glad to finally know how Officer Sicknick passed away and we hope that this will bring closure to the family,” he told WUSA9.

RELATED: From DC to New Jersey, Officer Brian Sicknick remembered as a hero