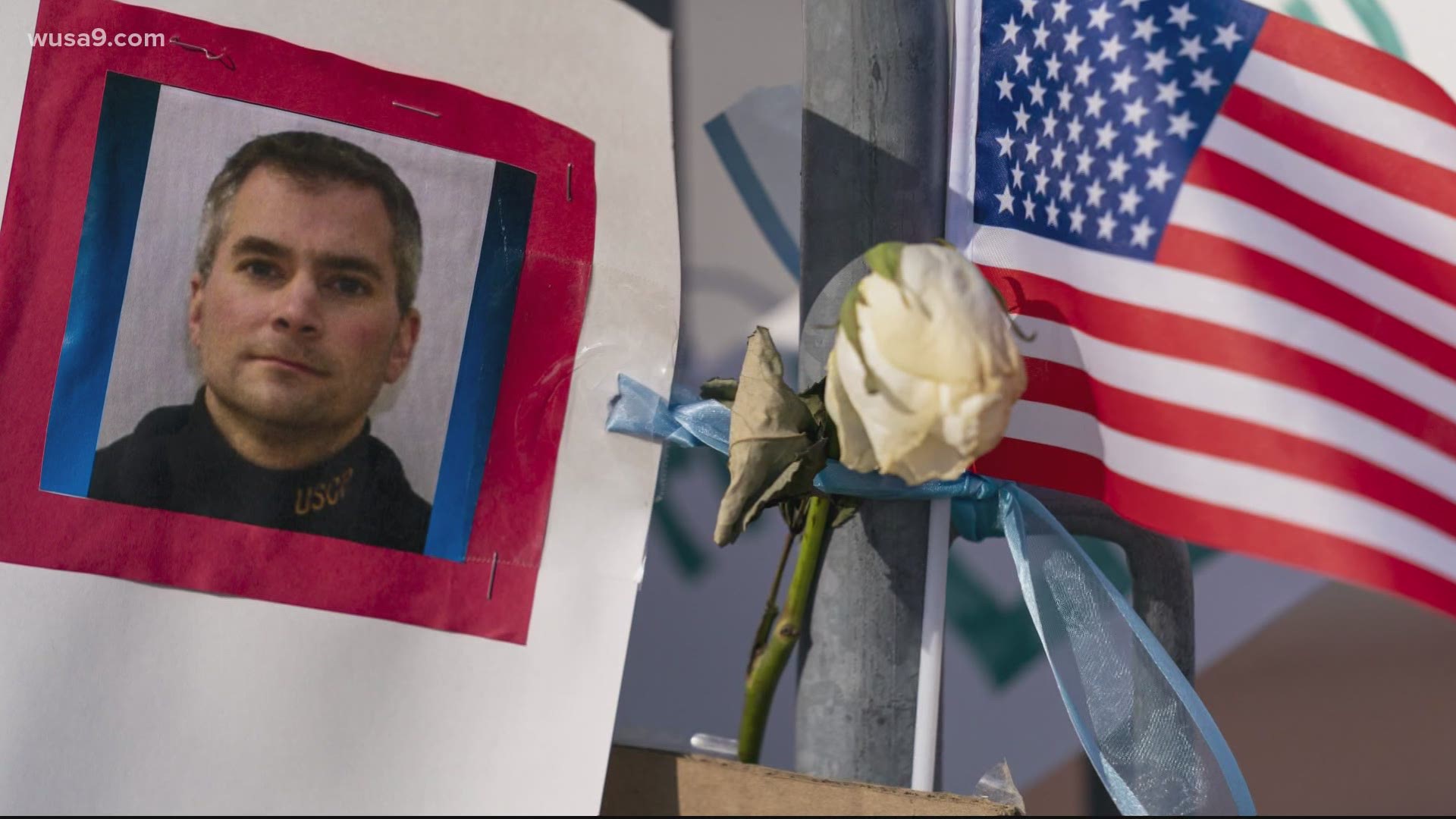 Liebengood, a 15-year veteran of the Capitol Police force, died by suicide days after responding to the Capitol riot. His father, Howard Liebengood Sr., had served as the Senate sergeant-at-arms for two years from 1981-1983.

Pittman briefly acknowledged Liebengood and DC Police Officer Jeffrey Smith, who also died by suicide after responding to the insurrection, in her prepared remarks for the House Appropriation Committee’s legislative branch subcommittee. She dedicated more time to Capitol Police Officer Brian Sicknick, who died of injuries sustained during the riot and who was given the rare distinction of lying in honor in the Capitol Rotunda earlier this month.

“We mourn as a community for the loss of his life but the recognition rightfully bestowed upon him hopefully served as a moment of healing for the USCP, and for all law enforcement who make sacrifices on a daily basis to provide for our safety,” Pittman said. “I want to acknowledge the sacrifices of the Liebengood and Smith families. Their sacrifices will never be forgotten.”

That wasn’t sufficient for Wexton, who represents the district where Liebengood lived. In a tense back-and-forth, Wexton pressed Pittman on whether she acknowledged Liebengood and Smith as line-of-duty deaths in the same way she had Sicknick.

Wexton: “I just want to be absolutely clear for the record: Do you acknowledge that the death of Officer Brian Sicknick was a line of duty death?”

Wexton: “Do you acknowledge that Officer Howie Liebengood’s death was a line-of-duty death?”

Wexton: “So you’re not going to acknowledge that as a result of the events on January 6 that Officer Howie Liebengood is no longer with us?”

Pittman: “I cannot speak to that at this time.”

Wexton: “Why can’t you speak to it at this time?”

Wexton: “Well, I know he’s not your officer, but do you acknowledge that Officer Jeffrey Smith’s death was a line-of-duty death?”

Wexton: “So you’re not going to acknowledge that his death was a line-of-duty death either?”

Pittman: “I’m sorry ma’am, he is not our officer.”

Wexton: “So I’m kind of concerned – I know the ranking member brought up that there was a vote of no confidence for you in the union – and I’m kind of concerned that you’re not standing by your officers. Because I think it’s very clear that Officer Liebengood would be here if not for the events of January 6, and the fact that you’re not standing by him is very concerning to me.”

That vote of no confidence came this month after Capitol Police union leaders said failures by former Chief Steven Sund, Pittman and other members of the department leadership were responsible for deaths of Sicknick, Liebengood and Smith and the injuries sustained by more than 140 other officers.

Pittman did acknowledge that the department has begun the process of providing the standard death benefits granted to all Capitol Police officers to Liebengood’s family.