#BlackoutTuesday spreads across Instagram in show of support for nationwide protests 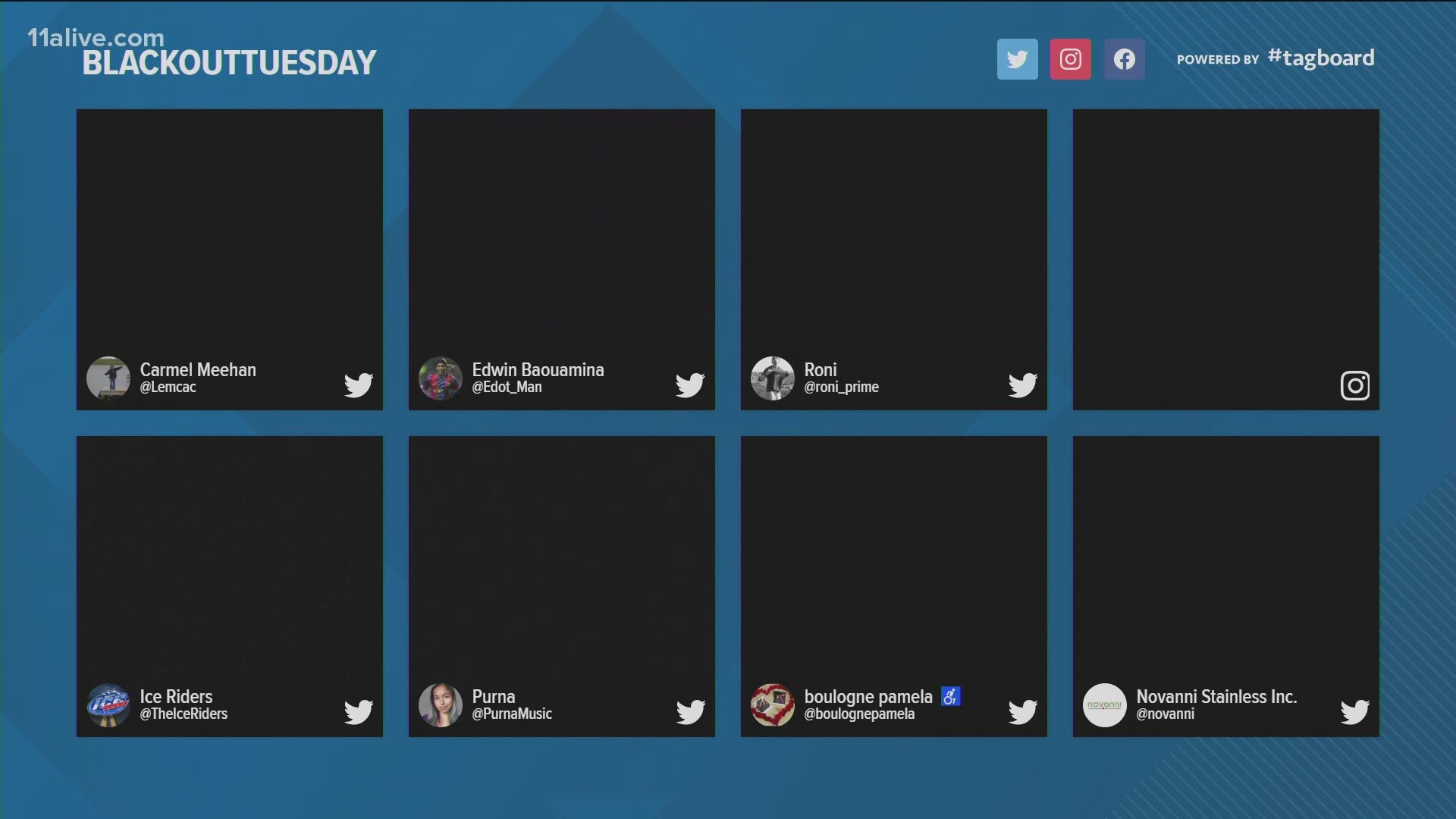 ATLANTA — As protests continue around the nation, demanding justice for the recent killings of George Floyd, Ahmaud Arbery and Breonna Taylor, a movement to show solidarity is spreading across Instagram today.

After starting in Minneapolis, where Floyd was killed after an officer dug his knee into his neck for nearly nine minutes as he pleaded to be allowed to breathe, the protests have spread nationwide. Demonstrators have demanded justice for Floyd, as well as Arbery and Taylor, and voiced a larger message for the need to end police brutality and institutionalized racism across the nation, as well.

Blackout Tuesday was initiated by two black women, Jamila Thomas and Briana Agyemang, in the music industry, according to TheShowMustBePaused.com. Major music labels across the country are joining forces to support their black artists. No new music will be released on June 2, the website details.

"We will not continue to conduct business as usual without regard for Black Lives," the website states.

RELATED: Blackout Tuesday activists are asking you not misuse the #BlackLivesMatter hashtag

The #BlackoutTuesday hashtag on Instagram has generated more than 4.5 million posts as of around 8 a.m., with users posting a simple black square to show support.

The organizers detail how this is not just a day-long fight, but a step in the right direction to correct years worth of institutionalized wrongdoing.

It is also not, activists have noted, intended as a day of silence. Rather, as Twitter user Nicole Raquel Dennis wrote, it's being framed as a "day to halt self-promotion, stop streaming etc and support the movement."

"IT IS A PROTEST!!!!!! Do not be silent once you’ve posted the black square," she added.

RELATED: 'He said that he was going to shoot us' | Atlanta college students open up about frightening police encounter

Activists have also been trying to deter some people from misusing the #BlackLivesMatter hashtag in their #BlackoutTuesday posts, noting that the BLM tag has been used for organizing and important protest information is getting drowned out by the blackout posts.

"DO NOT USE" trended on Twitter, with people explaining why it was important not to use #BlackLivesMatter on #BlackoutTuesday posts.

"Reminder: If you are going to post a picture for #BlackOutTuesday, do not use the hashtag “Black Lives Matter," one Twitter user explained. "Information is continuously being spread through that hashtag! Promote them separately."

MORE ON THE NATIONWIDE PROTESTS