Seismologists say it's impossible to predict when the quakes will stop or whether they will get stronger. 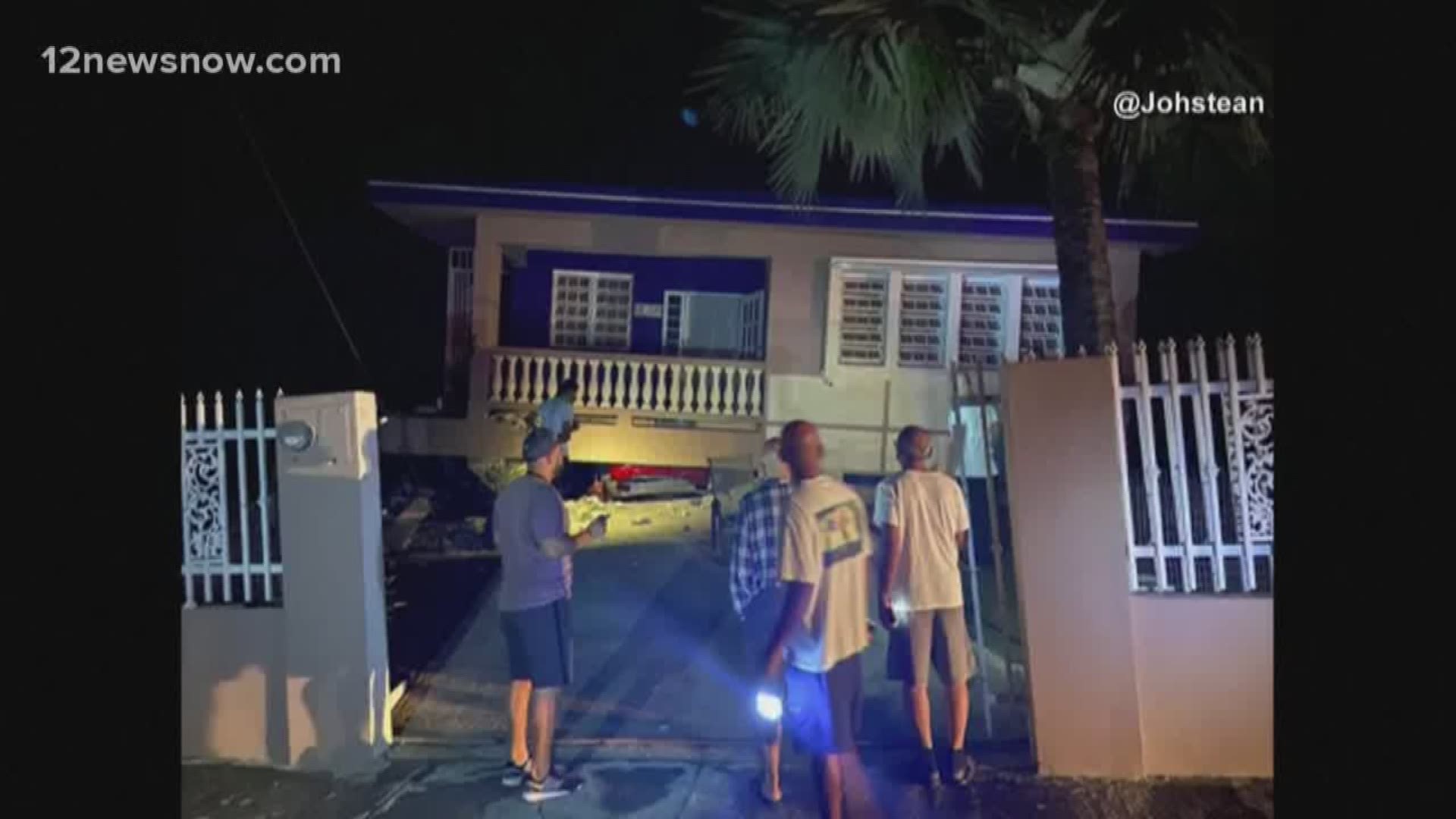 A 6.4-magnitude earthquake struck Puerto Rico before dawn on Tuesday, killing one man, injuring at least eight other people and collapsing buildings on the southern part of the island.

Nelson Martinez, 73, died after a wall collapsed during the quake.

The quake hit at 4:24 a.m. local time, according to officials with the U.S. Geological Survey. The NOAA Tsunami Warning System stated there was no tsunami warning or advisory.

The 6.4-magnitude quake cut power as power plants shut down to protect themselves. Authorities said two plants suffered light damage and they expected power to be restored later Tuesday.

Credit: AP
Debris from a collapsed wall of a building litters the ground after an earthquake struck Puerto Rico before dawn, in Ponce, Puerto Rico, Tuesday, Jan. 7, 2020. (AP Photo/Carlos Giusti)

Gov. Wanda Vázquez Garced announced she had activated the National Guard and declared a state of emergency during a news conference later Tuesday morning. $130 million will be made available for recovery efforts as well.

The initial earthquake was followed by a series of strong aftershocks, part of a 10-day series of temblors spawned by the grinding of tectonic plates along three faults beneath southern Puerto Rico.

The island is getting "squeezed" between the North America and Caribbean plates, according to the USGS.

Seismologists say it's impossible to predict when the quakes will stop or whether they will get stronger, but the USGS predicts there will be hundreds of aftershocks at magnitude 3 or higher from this most recent event, with a 9 % chance those aftershocks could be a larger magnitude than 6.4.

A magnitude 3 earthquake is one that is strong enough to be felt, with those above magnitude 5 able to cause damage.

For more of the USGS' earthquake aftershock forecast, click here.