The number has increased by 12 percent according to the National Law Enforcement Officers Memorial Fund. 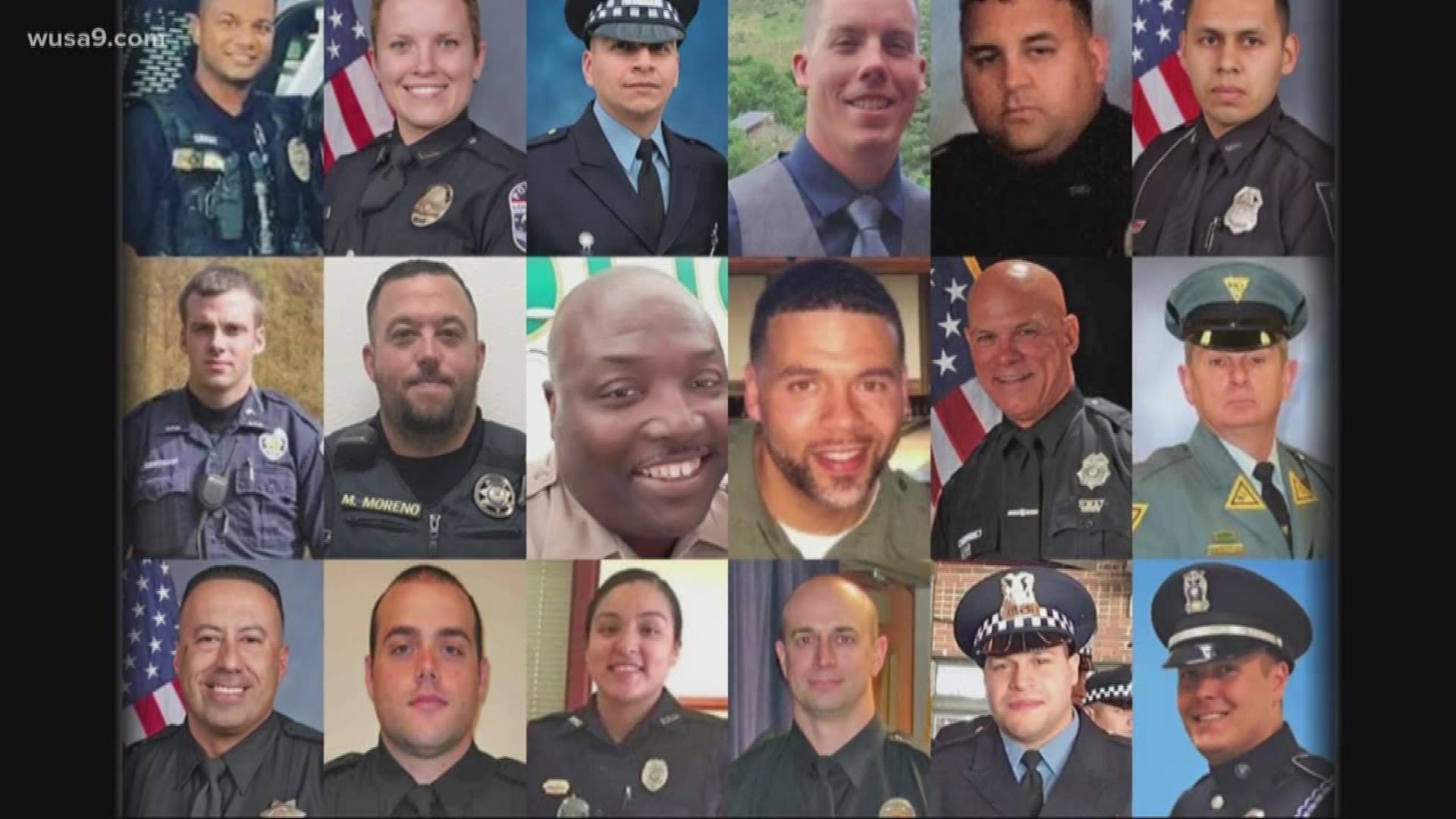 Thursday the Memorial Fund released their Preliminary End-of-Year Law Enforcement Report which states that 144 officers have died in the line of duty over the past year, a 12 percent increase from the 129 officers in 2017.

Of all the fallen officers, 134 were men and 10 were women, the report says. The average age was 41-years-old and the average length of service was 12 years.

According to the report, 52 officers died in “Firearms-related deaths,” a 13 percent increase compared to the 46 officers who died in 2017. Out of the 52 deaths, 14 happened while officers were trying to arrest someone.

The report also names handguns as the leading type of firearm used against officers this year. Out of the 52 officers: 31 of them were shot and killed with a handgun and four were disarmed and shot with their own weapon.

Texas, Florida, California and New York had the highest number of officer fatalities, each with 11, the report claims. No officers reportedly died in fourteen states and Washington D.C., in 2018.

The report also highlights the number of officers who died from other causes increased by 14 percent over the last year. 42 officers died of causes not related to firearms or traffic incidents in 2018 compared to the 37 who died in 2017.

There also was a 17 percent increase in officers who died due to job-related illnesses such as heart attacks or strokes, according to the report. Out of the 42 deaths in total, 15 of those officers died from cancers related to the recovery efforts after the September 11 World Trade Center attacks in 2001.

"The rising number of law enforcement officer deaths in 2018 is disappointing news after a decline in 2017," said Craig W. Floyd, CEO of the National Law Enforcement Officers Memorial Fund. "Sadly this reminds us that public safety is a dangerous job and can come at a very steep price. We must never take the service and sacrifice of law enforcement officers for granted, and we must remember the families of the fallen who are left behind.

The National Law Enforcement Officers Memorial Fund said the statistics they released are based on preliminary data they have compiled and do not represent a final list of officers who will be added to their memorial in 2019.