The Panda Habitat at the National Zoo celebrated some changes to their exhibit Saturday, an update to the exhibit space inside the Panda house. 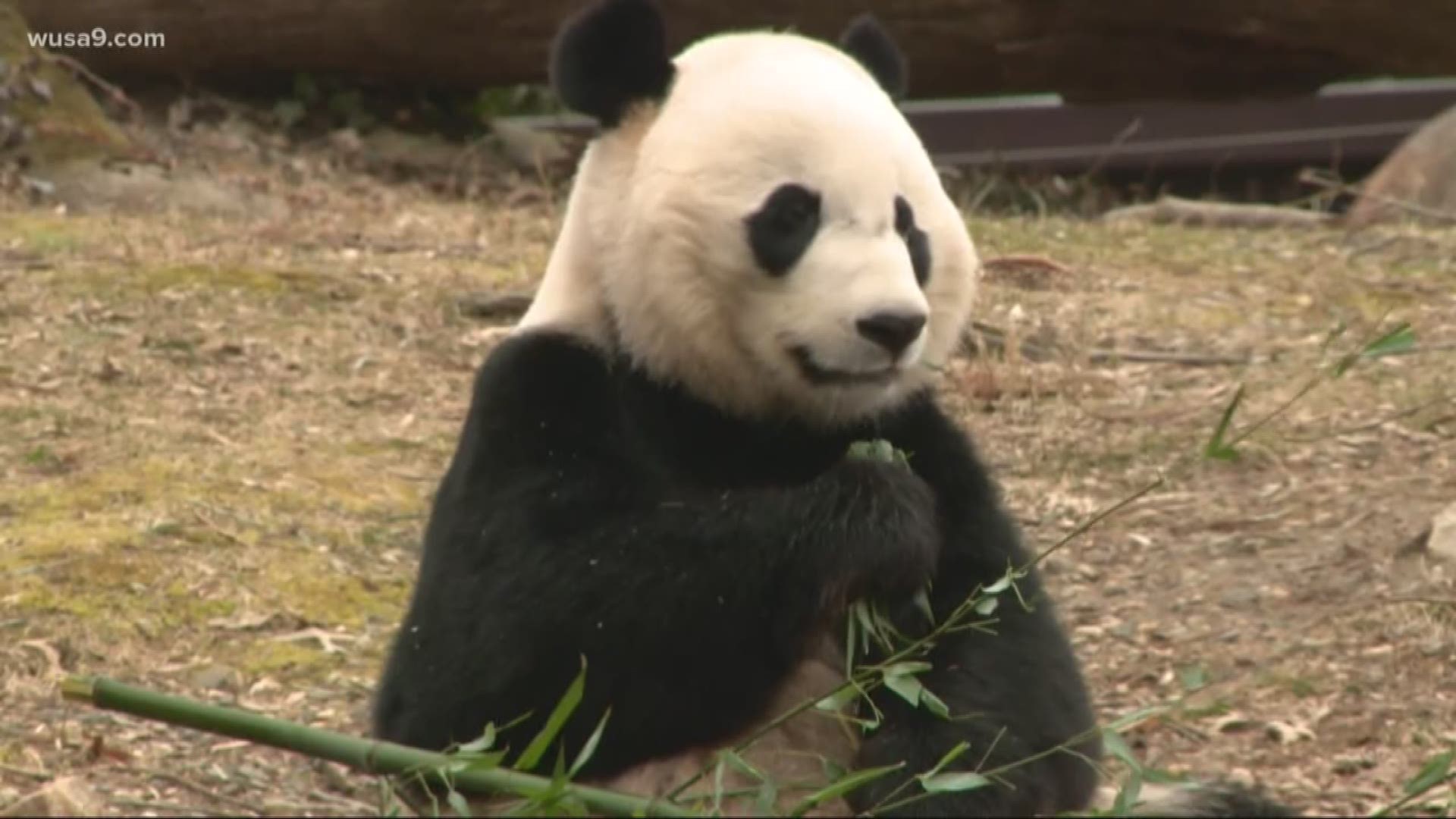 WASHINGTON — They're some of the most famous faces in the DMV, and going to see them just got even better.

The Panda Habitat at the National Zoo celebrated some changes to their exhibit Saturday, an update to the exhibit space inside the Panda house.

John Purvis, a local who has come back many times to watch the pandas, said it made a big difference to his experience. "Before I would never really think about the surroundings just look at the pandas right, whereas now I think there's so much extra information and context," Purvis said. "I think it really sort of brings the exhibit alive."

This is the first update in ten years, and a lot has changed for the pandas in that time.

For one, pandas are no longer categorized as endangered animals, but vulnerable- in part because of conservation efforts at the National Zoo.

Scientific research has also lead to a greater understanding of Panda bears.
Purvis said he learned a lot.

"I think this new exhibit- what's so great about it is that it provides all this new information, all this context. So you can come you can see the pandas, and you can learn something." Said Purvis.

Still, what keeps drawing Brodsky back to the panda habitat over and over again? 'They're so cute.'