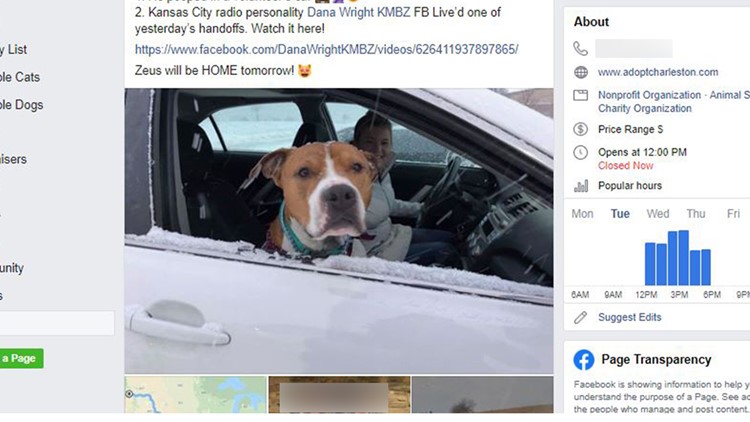 Photo by: TEGNA
This screen shot from the Kanawha-Charleston Humane Association Facebook page shows Zeus during his cross-country relay to be returned to his family in Montana.

Stolen pitbull reunited with family thanks to 2,000-mile volunteer relay

A network of dog-loving people from across the country banded together to transport a stolen pitbull 2,000 miles to be returned to its family.

WOWK reports Zeus was stolen from his Butte, Montana family, allegedly by a friend, two months ago along with other belongings. The alleged dognapper was captured in West Virginia and Zeus was still with him, according to the director of the Kanawha-Charleston Humane Association.

Fortunately for Zeus and his family, he was microchipped. His family was found, but getting him home wasn't that easy. Many airlines have banned pitbulls from flying.

RELATED: Boy's emotional reunion with lost dog is the best gift of the season

A network of dog-loving volunteers came into play. The Many Paws Volunteer Transport Team put together a relay of drivers to give Zeus a lift back home: 15 volunteers traveling 2,000 miles across nine states in four days.

A Kansas City radio station got wind of the trip and did a live report on Facebook during one of the handoffs.

It wasn't all smooth. Zeus made a dookie in one of the cars.

KWYB-TV in Butte was there Monday night when Zeus was reunited with his owner, Cassandra Rasmussen, and her two daughters.