About 200 protesters reportedly showed up outside the gates. 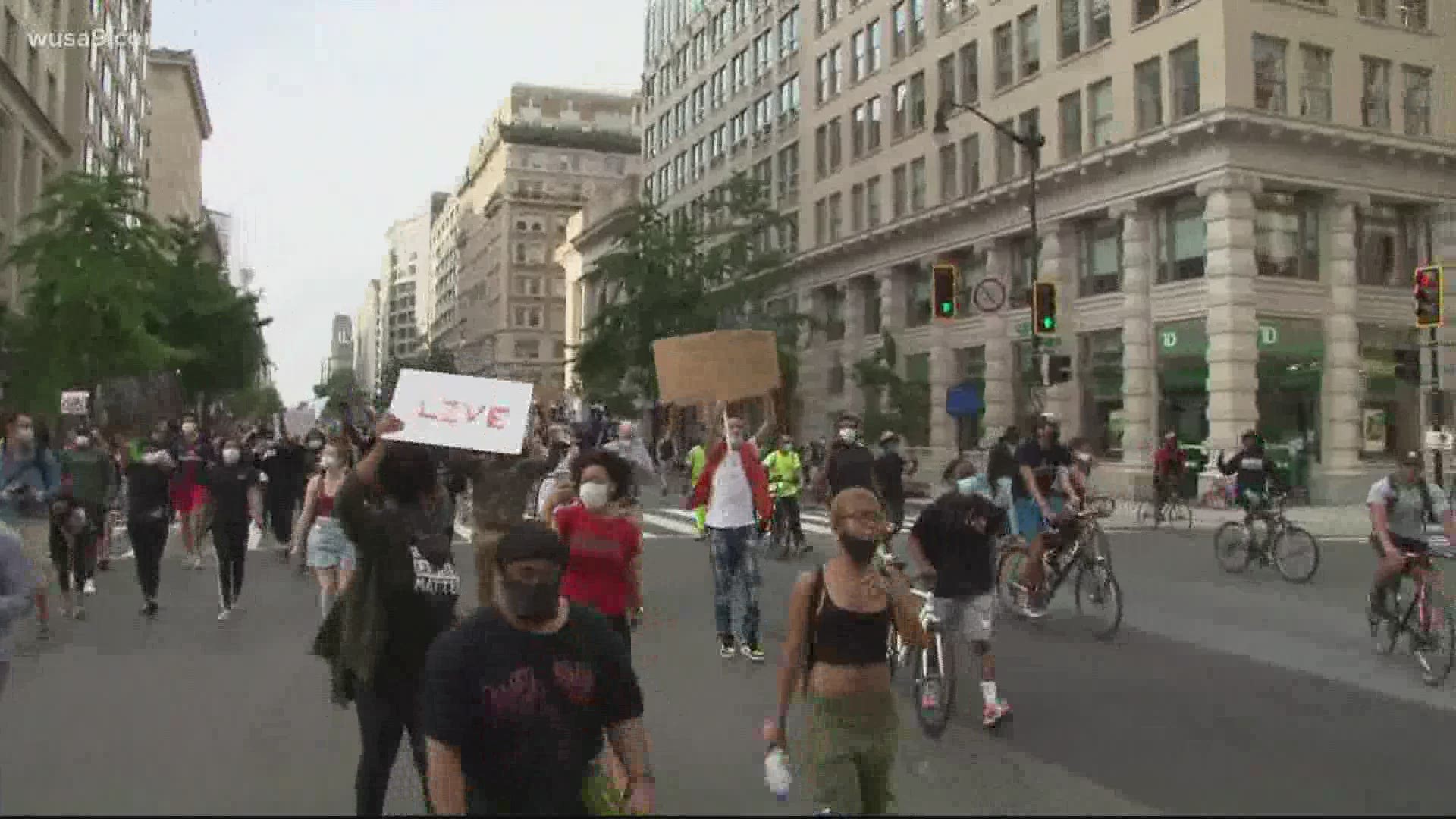 The White House was placed on lock down for about an hour after a crowd of at least 200 people protesting the death of George Floyd arrived outside the gates.

The initial decision to lock down the White House grounds was made by the U.S. Secret Service, according to tweets by NBC News reporter Peter Alexander and CBS News reporter Weijia Jiang.

Chants of "no justice, no peace," "your silence is violence," and "black lives matter," were heard in Lafayette Square as the crowd gathered on Pennsylvania Avenue.

The protest remained mostly peaceful, but a WUSA reporter said a Secret Service officer tackled a protester as the crowd moved toward the White House. A large crowd surrounded them as police responded to the scene.

Afterward, profane graffiti was spraypainted on a building catacorner to the White House. Watch the video here (Warning: Graphic content)

Former Minneapolis police officer Derek Chauvin was charged Friday with third-degree murder and second-degree manslaughter in Floyd's death. Prosecutors said they are continuing to review the evidence and there may be subsequent charges later.

In Minneapolis, protests have been ongoing nightly since Floyd's death Monday, and the Minneapolis Police Department's Third Precinct building was set on fire Thursday evening. Protests have been widespread across the county throughout the week, with demonstrations in New York City, Ohio, Arizona, Colorado and now D.C.

Credit: AP
Uniformed U.S. Secret Service police detain a protester in Lafayette Park across from the White House as demonstrators protest the death of George Floyd, a black man who died in police custody in Minneapolis, Friday, May 29, 2020, in Washington. (AP Photo/Evan Vucci)