The gunman in a West Texas mass shooting had been blocked from getting a firearm in 2014 due to a 'mental health issue.' 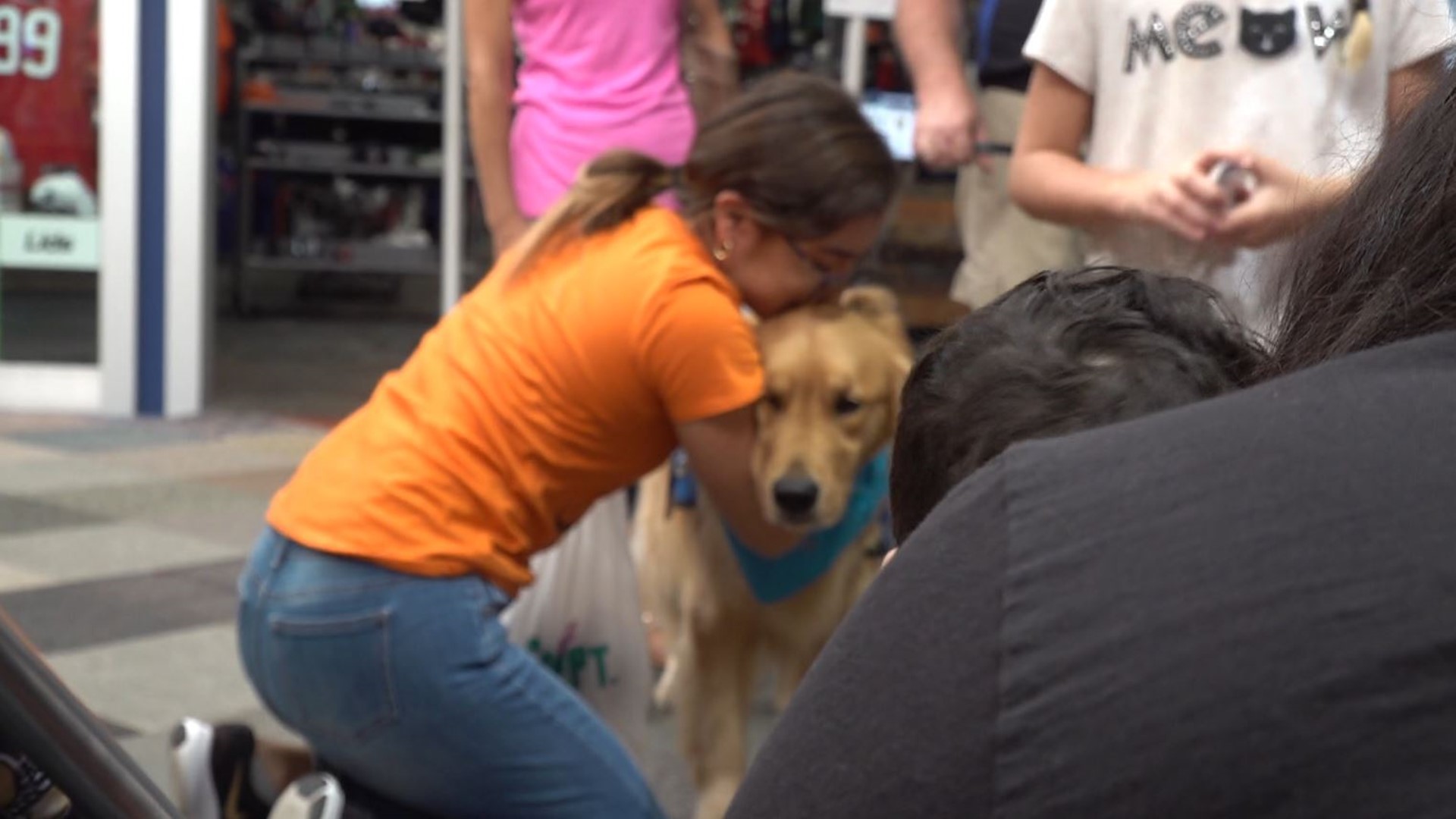 ODESSA, Texas — The gunman in a West Texas rampage that left seven dead obtained his AR-style rifle through a private sale, allowing him to evade a federal background check that blocked him from getting a gun in 2014 due to a "mental health issue," a law enforcement official told The Associated Press.

The official spoke to The Associated Press Tuesday on condition of anonymity because the person was not authorized to discuss an ongoing investigation. The person did not say when and where the private sale took place.

Officers killed 36-year-old Seth Aaron Ator on Saturday outside a busy Odessa movie theater after a spate of violence that spanned 10 miles (16 kilometers), injuring around two dozen people in addition to the dead. He spread terror across the two biggest cities in the Permian Basin while firing indiscriminately from his car into passing vehicles and shopping plazas. He also hijacked a U.S. Postal Service mail truck, killing the driver.

Ator had tried purchasing a firearm in January 2014 but was denied, the Texas Department of Public Safety said in a statement Tuesday. The agency said it was precluded by law from disclosing why, but the law enforcement official told the AP it was due to a "mental health issue."

Authorities said Ator "was on a long spiral of going down" and had been fired from his oil services job the morning of the shooting, and that he called 911 both before and after the rampage began.

Online court records show Ator was arrested in 2001 for a misdemeanor offense that would not have prevented him from legally purchasing firearms in Texas. Federal law defines nine categories that would legally prevent a person from owning a gun, which include being convicted of a felony, a misdemeanor domestic violence charge, being adjudicated as a "mental defect" or committed to a mental institution, the subject of a restraining order or having an active warrant. Authorities have said Ator had no active warrants at the time of the shooting.

RELATED: Sister of USPS worker killed in West Texas shooting: 'I wish this was just a dream'

FBI special agent Christopher Combs said Monday that Ator called the agency's tip line as well as local police dispatch on Saturday after being fired from Journey Oilfield Services, making "rambling statements about some of the atrocities that he felt that he had gone through."

"He was on a long spiral of going down," Combs said. "He didn't wake up Saturday morning and walk into his company and then it happened. He went to that company in trouble."

Fifteen minutes after the call to the FBI, Combs said, a Texas state trooper unaware of the calls to authorities tried pulling over Ator for failing to signal a lane change. That was when Ator pointed an AR-style rifle toward the rear window of his car and fired on the trooper, starting a terrifying police chase as Ator sprayed bullets into passing cars, shopping plazas and killed a U.S. Postal Service employee while hijacking her mail truck.

Combs said Ator "showed up to work enraged" but did not point to any specific source of his anger. Ator's home on the outskirts of Odessa was a corrugated metal shack along a dirt road surrounded by trailers, mobile homes and oil pump jacks. On Monday, a green car without a rear windshield was parked out front, the entire residence cordoned off by police tape.

Combs described it as a "strange residence" that reflected "what his mental state was going into this." Combs said he did not know whether Ator had been diagnosed with any prior mental health problems. 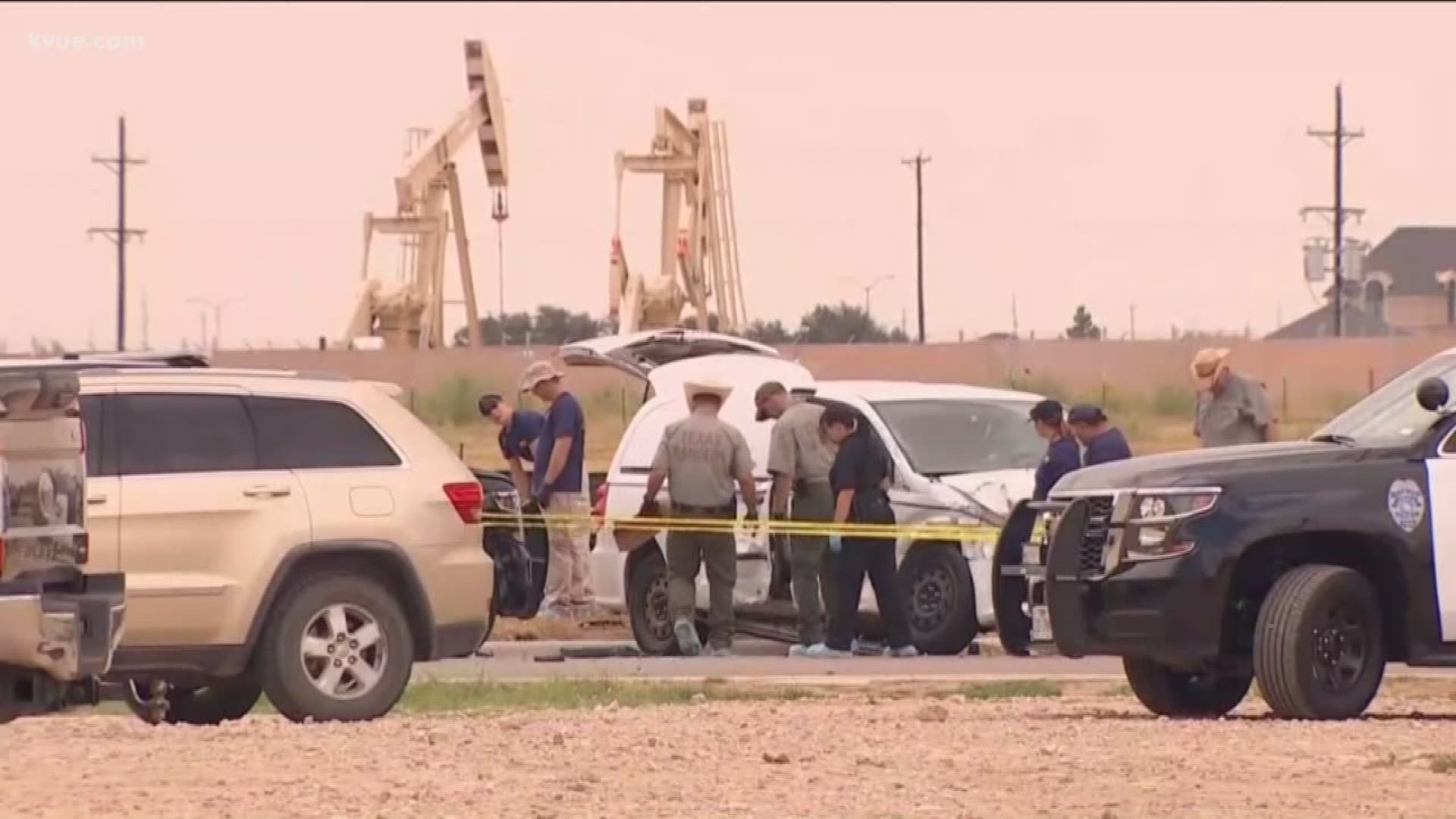 Odessa Police Chief Michael Gerke said Ator's company also called 911 on Saturday after Ator was fired but that Ator had already taken off by the time police showed up.

Gerke said he believes Ator had also been recently fired from a different job but did not have any details.

Ator fired at random as he drove in the area of Odessa and Midland, cities more than 300 miles (482 kilometers) west of Dallas. Police used a marked SUV to ram the mail truck outside the Cinergy Movie Theater in Odessa, disabling the vehicle. The gunman then fired at police, wounding two officers before he was killed.

The number of mass killings so far this year has already eclipsed the total for all of last year. A teenager suspected of killing five family members in Alabama brought the total to 26 mass killings in 2019, claiming the lives of 147 people, compared with 25 mass killings and 142 deaths in 2018, according to a database by The Associated Press, USA Today and Northeastern University. The database tracks homicides where four or more people are killed, not including the offender.

Weber reported from Austin and Balsamo reported from Washington. Associated Press journalists Meghan Hoyer and Michael Biesecker in Washington and Tim Talley in Oklahoma City contributed to this report.