Harvey Weinstein convicted of third-degree rape of woman in 2013

While Harvey Weinstein was convicted of third-degree rape and criminal sex act, the jury found him not guilty on the most serious charges. 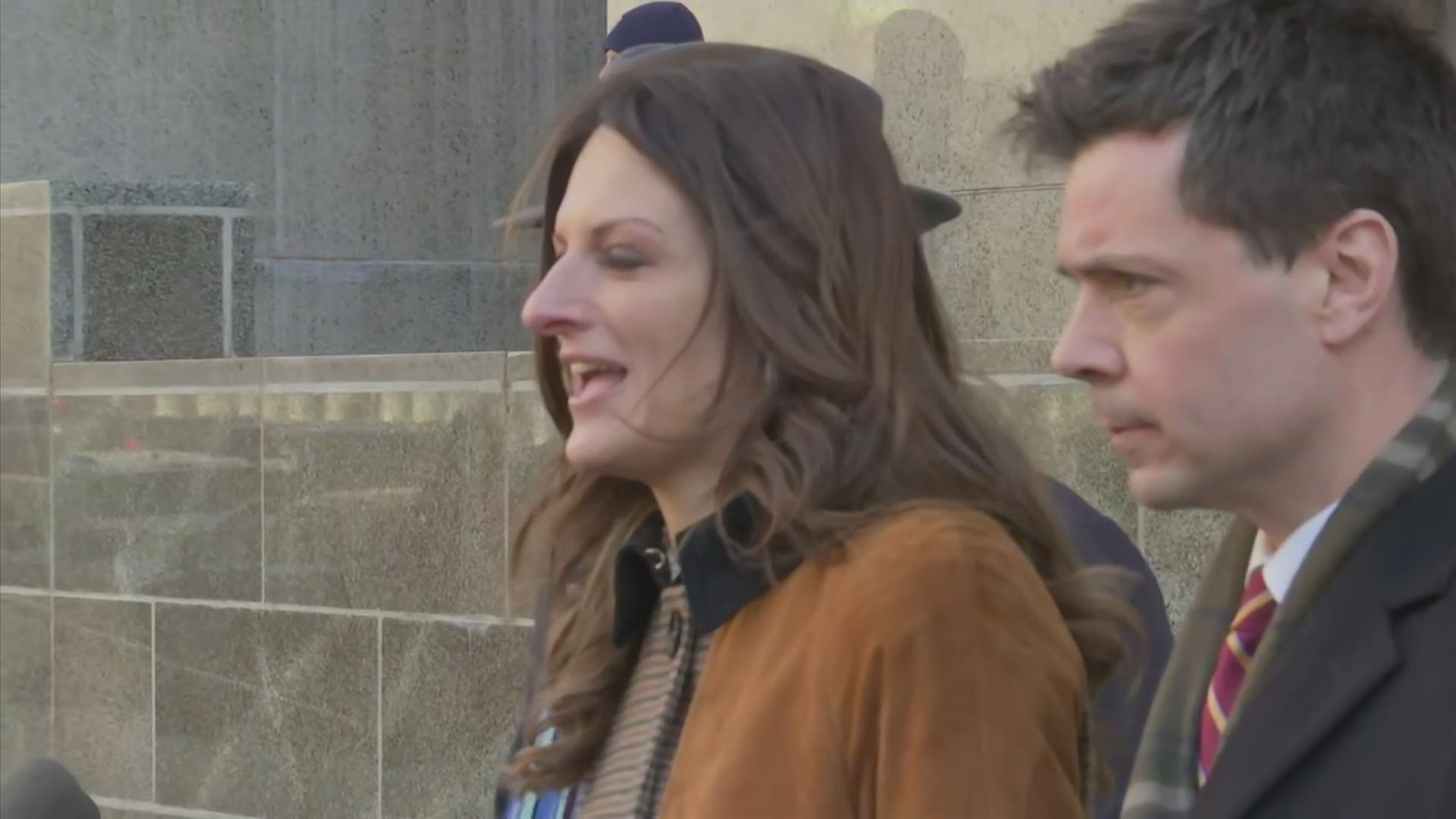 Harvey Weinstein has been convicted at his New York City sexual assault trial.

He was found guilty of criminal sex act for assaulting production assistant Mimi Haleyi at his apartment in 2006 and third-degree rape of a woman in 2013.  The jury found him not guilty on the most serious charge, predatory sexual assault, that could result in a life sentence. He was also found not guilty in a charge of first degree rape.

His sentencing date has been set for March 11. The Hollywood mogul had been using a walker to get in and out of court during his trial in Manhattan. After he was convicted and ordered to jail immediately, court officers held him up by his arms to help him along as they led him out.

Weinstein lawyer Donna Rotunno had argued that recent back surgery was not successful and that her client needed more medical attention.

Judge James Burke said he would make a judicial request for Weinstein to be put in an infirmary.

The landmark reckoning for the former movie producer comes after years of whispers exploded into a torrent of sexual misconduct allegations that ended his reign in Hollywood and gave rise to the #MeToo movement.

The once-celebrated “Pulp Fiction” producer still faces another trial in California. As Weinstein's New York trial got underway, the Los Angeles District Attorney announced Weinstein has been charged with raping one woman and sexually assaulting another in separate incidents over a two-day period in Feb. 2013.

Weinstein had a look of resignation on his face as the he was convicted. The once-powerful Hollywood mogul stared straight ahead as the verdicts were read in federal court in Manhattan.

RELATED: Harvey Weinstein jury indicates it is split on most serious counts

As the jury was taken back behind closed doors, Weinstein continued to sit at the defense table, with several court officers standing close by. He then began talking to his lawyers.

Manhattan District Attorney Cy Vance praised the women who came forward and “changed the course of history” by sharing their allegations that led to the conviction of Harvey Weinstein.

He commended the women who testified against Weinstein at his New York City trial that "pulled our criminal justice system into the 21st century by declaring rape is rape and sexual assault is sexual assault no matter what.”

Vance added that Weinstein was a "vicious, serial sexual predator."

Vance spoke outside the courthouse Monday shortly after a jury convicted Weinstein of rape and sexual assault. The jury found him not guilty of the most serious charge, predatory sexual assault, which could have resulted in a life sentence.

A note jurors sent to Judge James Burke at the end of a fourth day of deliberations on Friday asked if it was permissible for the panel to be hung on one or both counts of predatory sexual assault against the disgraced movie mogul while reaching a unanimous verdict on lesser charges. The judge responded by ordering the jury to keep deliberating on Monday.

The jury had been particularly focused on the key aspect of both predatory sexual assault counts: Sopranos” actress Annabella Sciorra’s allegations that Weinstein raped and forcibly performed oral sex on her in the mid-1990s.

Weinstein has maintained any sexual encounters were consensual.