US cuts ties with WHO over virus, takes action against Hong Kong

The U.S. is the largest source of financial support to the WHO and its exit is expected to significantly weaken the organization. 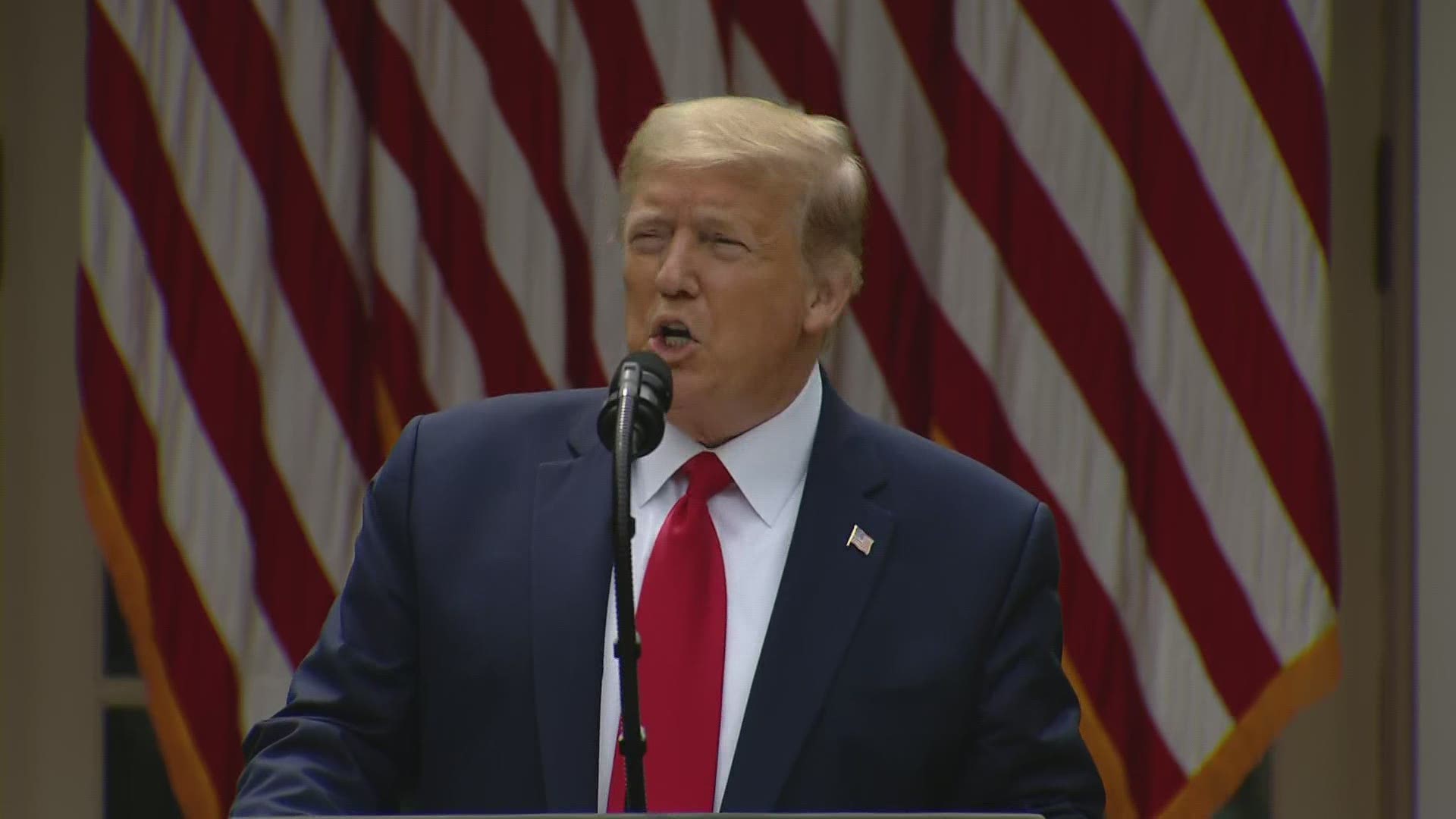 WASHINGTON — President Donald Trump announced Friday he would withdraw funding from the World Health Organization, end Hong Kong’s special trade status and suspend visas of Chinese graduate students suspected of conducting research on behalf of their government — escalating tensions with China that have surged during the coronavirus pandemic.

Trump has been expressing anger at the World Health Organization for weeks over what he has portrayed as an inadequate response to the initial outbreak of the coronavirus in China’s Wuhan province late last year.

The president said in a brief White House announcement that Chinese officials “ignored” their reporting obligations to the WHO and pressured the organization to mislead the public about an outbreak that has now killed more than 100,000 people in the United States.

“We have detailed the reforms that it must make and engaged with them directly, but they have refused to act,” the president said. “Because they have failed to make the requested and greatly needed reforms, we will be today terminating the relationship.”

The U.S. is the largest source of financial support for the WHO and its exit is expected to significantly weaken the organization. Trump said the U.S. would be “redirecting” the money to “other worldwide and deserving urgent global public health needs,” without providing specifics. He said Chinese officials “ignored” their reporting obligations to the WHO and pressured it to mislead the world when the virus was first discovered.

He noted that the U.S. contributes about $450 million to the world body while China provides about $40 million.

RELATED: WHO bows to calls from countries for independent virus probe

Critics of the administration’s decision to cut funding called it misguided, saying it would undermine an important institution that is leading vaccine development efforts and drug trials to address the COVID-19 outbreak.

Sen. Chris Murphy called it a distraction that would “hand over” the organization to China. “Leaving castrates our ability to stop future pandemics and elevates China as the world’s go-to power on global health,” said the Connecticut Democrat.

The WHO had no immediate comment. Officials of the U.N. agency have not directly addressed a letter that Trump sent to the general director on May 18, warning he would make permanent a temporary freeze on U.S. funding and reconsider U.S. membership unless it committed to “major substantive improvements within the next 30 days.” That was 11 days ago.

Tensions over Hong Kong have been increasing for more than a year as China has cracked down on protesters and sought to exert more control over the former British territory.

Trump said the administration would begin eliminating the “full range” of agreements that had given Hong Kong a relationship with the U.S. that mainland China lacked, including exemptions from controls on certain exports. He said the State Department would begin warning U.S. citizens of the threat of surveillance and arrest when visiting the city.

“China has replaced its promised formula of one country, two systems, with one country, one system,” he said.

The president also said the U.S. would be suspending entry of certain Chinese citizens. He didn't provide specifics, but officials said this week that the administration was considering expelling thousands of Chinese graduate students enrolled at U.S. universities. 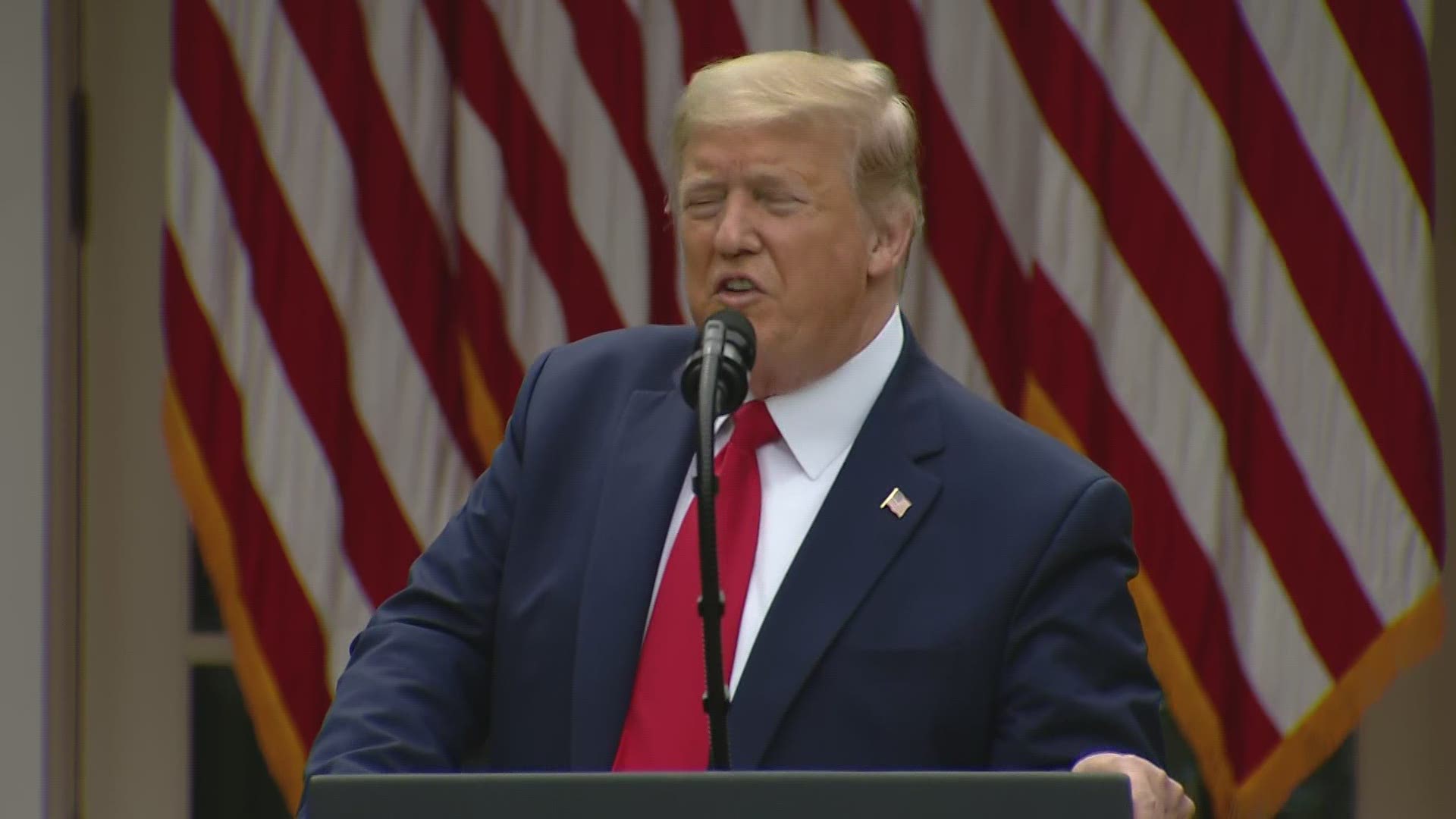 The president also said the U.S. would be suspending entry of Chinese graduate students who are suspected of taking part in an extensive government campaign to acquire trade knowledge and academic research for the country’s military and industrial development.

Allowing their continued entry to the country would be “detrimental to the interests of the United States,” Trump said in an order released after the White House announcement.

China seemed to signal in recent days that it was hoping to ease tensions. Premier Li Keqiang told reporters on Thursday that both countries stood to gain from cooperation, and to lose from confrontation, because their economies have become so interconnected.

“We must use our wisdom to expand common interests and manage differences and disagreements,” Li said.

Still, the country has insisted that its control of Hong Kong is an internal matter and it has disputed that it mishandled the response to the virus.