Dozens of mail collection boxes were removed in multiple states, now the House is calling on the Postmaster General to testify before the Oversight Committee. 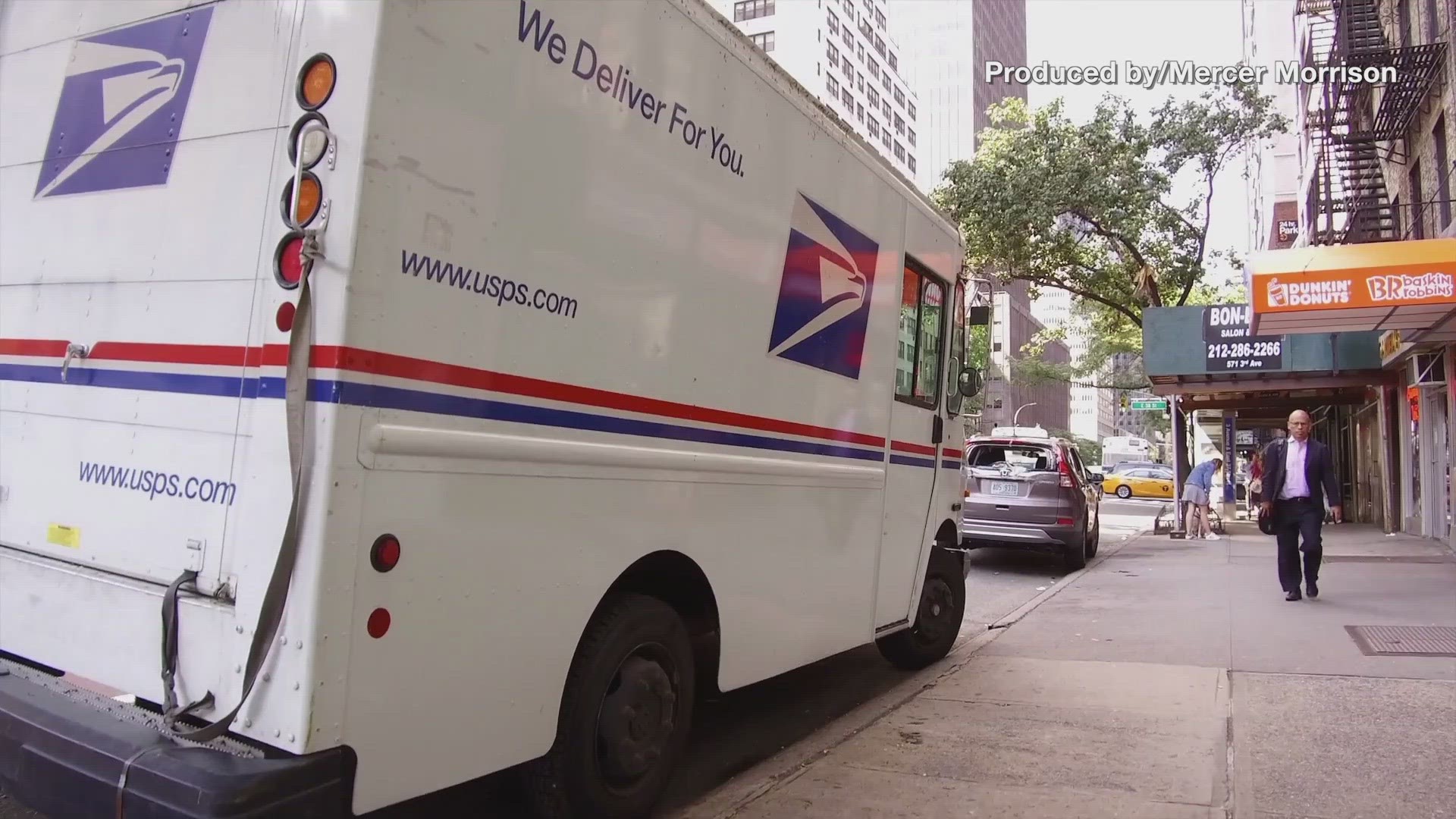 WASHINGTON D.C., DC — After dozens of mailboxes were removed in multiple Western U.S. states, a social media panic started to form as the country prepares for a possible mass mail-in ballot election amid the presidential race to November.

A spokesperson for the USPS has now confirmed it will halt the removal of mailboxes in some states until after the election, in an already tense pandemic mitigation fight across the U.S.

Iconic blue U.S. mailboxes in states like Oregon were seen being collected earlier in the week. Images and warnings of the removals were posted to social media. At least four were removed from the streets of Portland, and 27 others from Eugene, Oregon.

More mailboxes being taken off the streets in Oregon.... pic.twitter.com/07JHqbptEr

RELATED: VERIFY: Are USPS mailboxes being removed from Portland streets?

USPS spokesperson for the Western region Rod Spurgeon said, “we are not going to be removing any boxes,” telling NBC News on Friday, “after the election, we’re going to take a look at operations and see what we need and don’t need.”

Spurgeon said that the service will stop removing letter boxes in 16 states in his region, along with two other states until after the presidential election he told CNN.

Mailboxes were also reported moved or removed in Eastern states as well. It was unclear as of Friday if pre-election letter box collections would cease nationwide, but for now the USPS confirms they will be put on pause in Iowa, Alaska and Nebraska along with small parts of Wisconsin, Missouri, Washington, Oregon, Nevada, Arizona, New Mexico, Utah, Idaho, Montana, South Dakota, North Dakota, Wyoming, Colorado and Kansas.

CNN spoke with Kim Frum, a spokesperson at the USPS headquarters who could not confirm a nationwide pre-election freeze on the operation as of Friday.

The USPS says that these typical American blue letter collection containers are actually moved frequently, depending on the volume of mail in certain locations, according to the Washington Post.

As tensions are high around the U.S. Postal Service amid preparations for a mass mail-in ballot scenario in the run up to November's U.S. presidential election, the country is still worried about the spread of the coronavirus and in-person U.S. polling locations.

Thursday, President Donald Trump said he would hold up funding for the U.S. Postal Service which does not received tax dollars to support the operation, but rather, relies on federal funding and selling services.

Mailboxes were reportedly removed in Parts of Pennsylvania, Montana, Oregon and New York as well.

In a statement Friday, Democratic Sen. Jon Tester of Montana wrote in a statement to U.S. Postmaster General Louis DeJoy, “these actions set my hair on fire and they have real life implications for folks in rural America and their ability to access critical postal services like paying their bills and voting in upcoming elections.”

Tester wrote, “Postmaster General DeJoy must immediately provide Montanans with an explanation for the actions of the USPS, or he can do it under oath before a Senate committee.”

Top Democrats in the House, including Oversight Chair Carolyn Maloney, Sunday called for DeJoy to testify for an "urgent" hearing before the House Oversight committee on Aug. 24, which had been previously scheduled to happen on Sept. 17.

The statement goes on to say, "Alarmingly, the Postmaster General – a Trump mega-donor – has acted as an accomplice in the President’s campaign to cheat in the election, as he launches sweeping new operational changes that degrade delivery standards and delay the mail.  The Postal Service itself has warned that voters – even if they send in their ballots by state deadlines – may be disenfranchised in 46 states and in Washington, D.C. by continued delays.  This constitutes a grave threat to the integrity of the election and to our very democracy.  As House and Senate Democrats continue to respond urgently to address the sabotage of the Postal Service, House and Senate Republicans have been missing in action."