The massive blaze overtook a two-story library which reportedly had been considered in need of renovations. 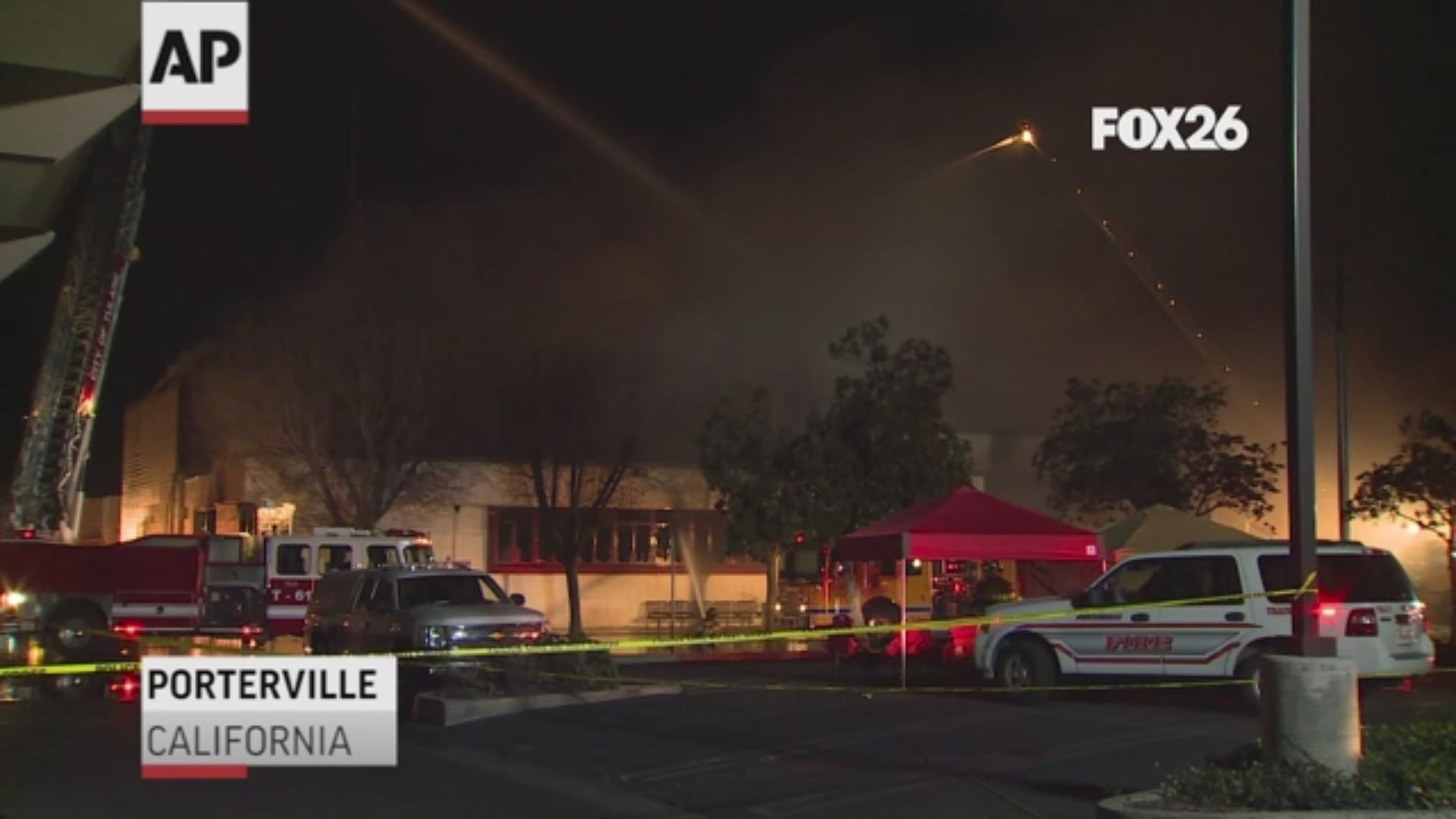 Two firefighters are dead after battling a massive fire at a library in California.

First responders answered the call of a massive blaze which broke out at around 4 p.m. Tuesday at a Porterville, California library, police said. According to NBC News, a library worker named Tameran Anzivino was inside of the building at the time of the fire and said she started trying to get people out.

Originally one firefighter was reported dead and another missing, but Tulare County Sheriff Mike Boudreaux posted a message on Facebook saying the second firefighter had died.

In the message, Boudreaux wrote, "Prayers for the Porterville City Fire Department. They have lost two brave men in a library fire this evening. The city of Porterville mourns their loss and we as a community grieve with them and their families. God bless them all."

According to the Fresno Bee, firefighters from both Tulare County and Porterville started battling the flames at around 4:15 p.m. Tuesday as the blaze took over the two-story library. The library is less than a block the Porterville Fire Department.

The Associated Press reported two 13-year-old boys were arrested for allegedly starting the fire. The report also claimed the library was built in 1953 and did not have sprinklers.

Fire officials had yet to determine a cause for the fire as of Wednesday morning, NBC News reported. Porterville City Council reportedly discussed renovating the library last month, which would have cost over $33 million.

Porterville is about 70 miles southeast of Fresno, in Tulare County.