Some advisers are advocating for a massive federal expenditure to make campuses safe. This comes as Congress is compiling the next COVID-19 relief bill. 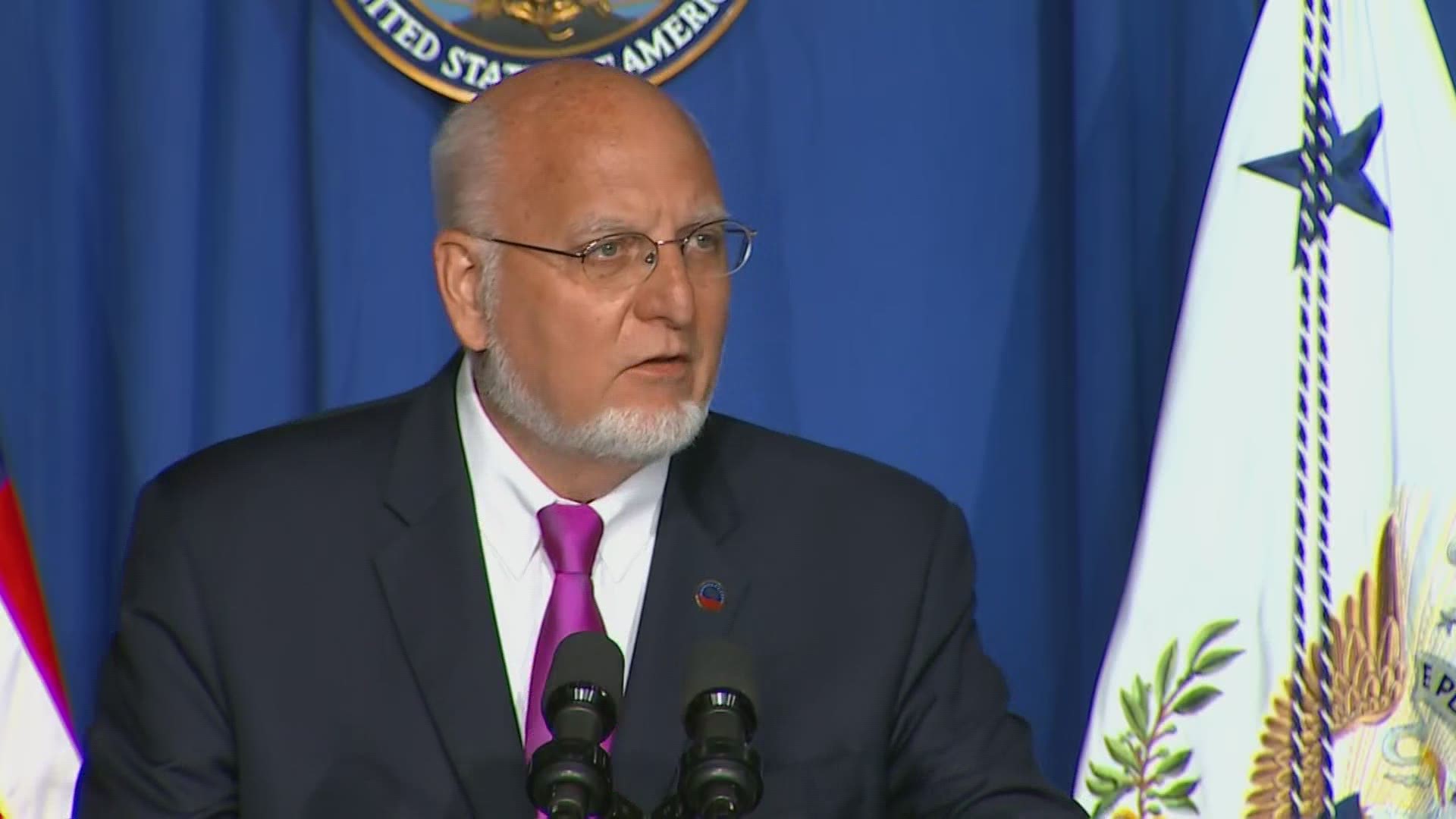 WASHINGTON — President Donald Trump's push to reopen schools is being complicated by a split within his ranks over how to do it, with some advisers advocating for a massive federal expenditure to make campuses safe as Congress compiles the next COVID-19 relief bill.

Senate Majority Leader Mitch McConnell, R-Ky., said Monday that schooling will be a priority in the coming package. Senate Democrats have proposed a $430 billion education stabilization plan. But the Republican leader has not said how much Congress is willing to spend, wary of high-dollar outlays that will run into resistance from GOP senators. Vice President Mike Pence assured governors Monday that talks are underway for education funds from Congress.

“We can’t have a normal country unless kids are back in school,” McConnell said during a hospital visit in Kentucky.

Trump and Education Secretary Betsy DeVos want schools up and running in fall, part of a broader effort by the administration to continue reopening the economy despite record-breaking numbers of new COVID-19 cases in several states, including Florida and California, and scattered communities nationwide.

RELATED: DeVos says schools shouldn't get federal funds if they don't reopen in the fall

How best to resume schooling is up for debate. Last week, Trump and DeVos scoffed at the hybrid approach being considered by many jurisdictions — with students attending on staggered days to ensure social distancing. At the time, Trump threatened to cut funds to schools that don't fully reopen. The Centers for Disease Control and Prevention is expected to release updated guidelines this week.

House Speaker Nancy Pelosi, D-Calif., said Monday that Congress needs to show Americans the country will “put children first” by ensuring enough money to make campuses safe. Democrats already approved $100 billion for education in the Heroes Act, which is stalled in the Senate.

“Without the resources, we shouldn’t even be thinking about sending them back to school,” Pelosi said on MSNBC.

Congress is set to resume next week as lawmakers begin negotiating the next aid package. This would be the fifth in response to the coronavirus pandemic. Congress has already approved a stunning $3 trillion allotment since the start of the outbreak in the U.S. earlier this year.

Pence told governors on a conference call Monday that the administration was seeking more federal funding to help the states safely reopen schools.

“We’re in active discussions with leadership in the Congress about additional education funding support in the upcoming relief bill,” Pence said, according to audio obtained by The Associated Press.

Pence noted there are still funds remaining from the earlier CARES Act, which allocated $13.5 billion for education. But he said the administration is now “giving consideration to additional education resources" from Congress. "The key is we want to safely reopen schools," the vice president said.

In recent weeks, a divide has emerged within Trump’s orbit, with advisers both inside and outside the White House advocating for a robust plan to help campuses open this fall. They see it as vital to kick-starting the economy and also popular, potentially delivering a badly needed political win.

Some of Trump's advisers have urged the president to make a bold push to reopen schools and advocate for a massive amount of money — even potentially over the objections of some congressional Republicans, according to three campaign and White House officials not authorized to speak publicly about internal deliberations.

A robust, safe and methodical reopening of the nation’s schools would likely stimulate the economy, the advisers have said, by freeing up working parents to focus fully on their jobs.

But the White House has yet to show the ability to quickly mount a massive and effective mobilization during the pandemic. Congress is already working on legislation, hoping to pass the package by the end of July.

Instead, Trump is bogged down in cultural issues, telling advisers that he can paint the Democrats as obstructions, though Democrats have already approved their school funding bill in the House while Republicans in the Senate consider next steps. The president has mused about threatening the funding of schools he believes promote a left-wing agenda and, connecting it to other flanks in the culture wars, particularly his defense of American monuments, the officials said.

The mixed messages from the White House only complicate the path ahead. Pelosi's House already approved the $3 trillion Heroes Act, which along with the school funds includes money to shore up the states and cities, provide another round of direct payments to Americans and bolster health care testing, treatment and supplies. McConnell says that bill will never be approved in the Senate. He is eyeing a $1 trillion package.

RELATED: School districts plan for 'what if' scenarios for COVID-19

Senate Republicans are focused on creating a new liability shield to protect health care providers, schools and businesses that reopen during the pandemic from what McConnell calls an “epidemic of lawsuits” by those claiming injuries.

McConnell is also considering another round of direct payments, following allotments of up to $1,200 the federal government began sending to households last spring, noting the aid is particularly helpful for those earning less than $40,000 a year.

But the two sides remain far apart on several of those issues, and particularly over jobless benefits. Republicans oppose extending the $600 weekly unemployment benefit boost that expires at the end of this month. They say it pays people to stay home rather than work, but Democrats say jobless Americans need the extra money.

RELATED: $600 extra unemployment benefit ends sooner than some might think

Credit: AP
FILE - In this June 30, 2020, file photo, Senate Majority Leader Mitch McConnell, R-Ky., with Sen. John Barrasso, R-Wyo., speaks to reporters following a GOP policy meeting on Capitol Hill in Washington. President Donald Trump’s push to reopen schools is being complicated by a split within his ranks over how to do it. Some advisers are advocating for a massive federal expenditure to make campuses safe. This comes Congress is compiling the next COVID-19 relief bill. McConnell said July 13 schooling will be a priority in the coming package. (AP Photo/Manuel Balce Ceneta, File)