The conservative radio host appeared visibly surprised and emotional when First Lady Melania Trump placed the medal around his neck. 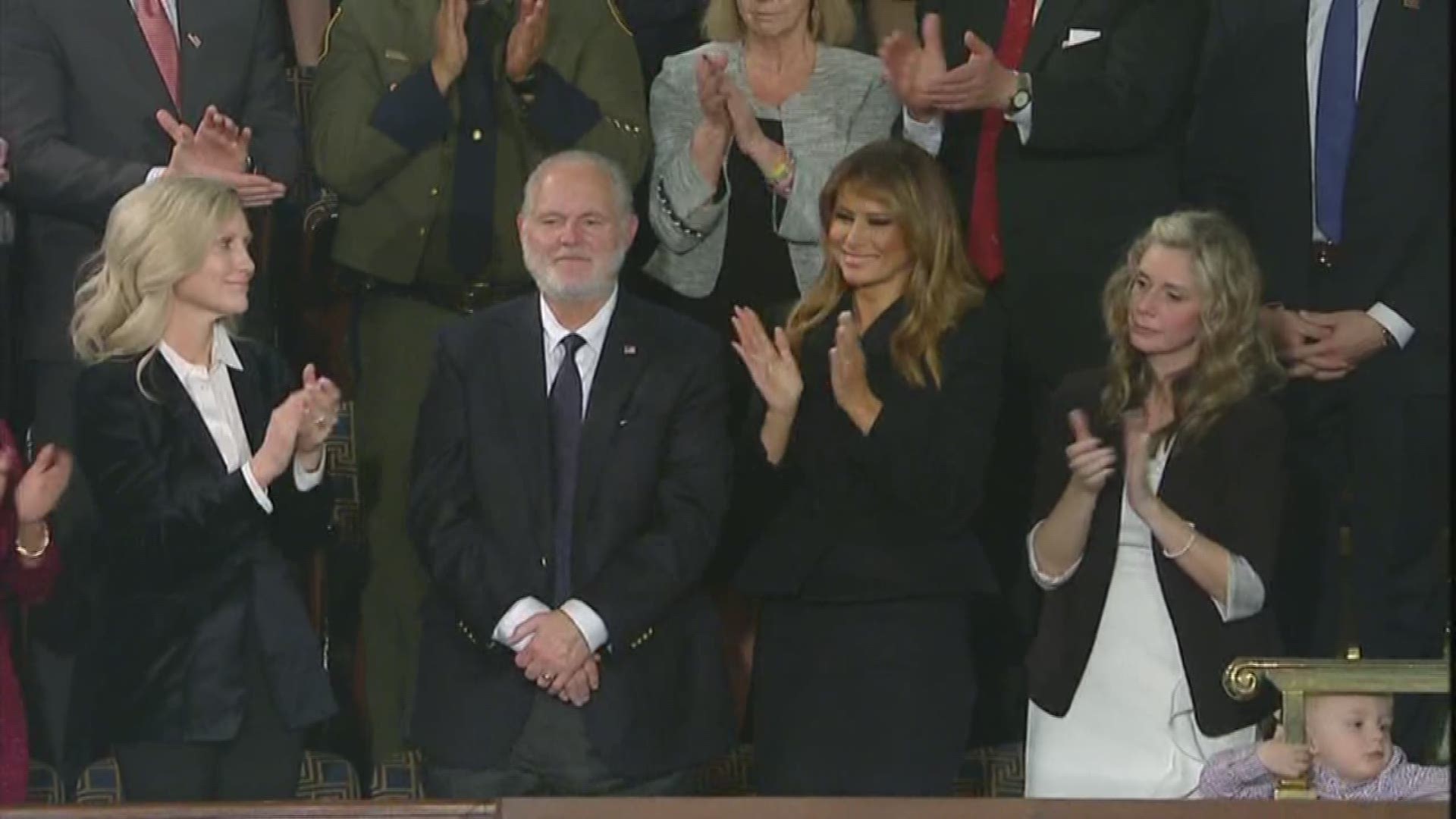 WASHINGTON — Rush Limbaugh was given the highest civilian award of the United States while President Donald Trump delivered his third State of the Union address.

Limbaugh, 69, had revealed during his radio show on Monday that he’s been diagnosed with advanced lung cancer.

Trump had revealed earlier Tuesday that he planned to present Limbaugh the medal, news outlets reported.

The president had confirmed his intention at a private lunch with network television news anchors, CNN and Politico reported citing people familiar with the conversation.

Trump tweeted that Limbaugh’s “a great guy & fantastic political talent,” after he’d told listeners about his diagnosis. “Looking for a speedy recovery for our friend!”

Limbaugh's first national radio show launched from New York in 1988 and he’s had national prominence since.

An inspiration to other conservative broadcasters including Sean Hannity, Glenn Beck and Bill O’Reilly, Limbaugh is known for his liberal-bashing style.

Limbaugh’s also been frequently been accused of hateful speech, bigotry and racism over his comments and sketches.

RELATED: Pelosi shrugs off not getting handshake from Trump at State of the Union address