The US military is considering renaming bases honoring Confederate officers who defended slavery or fought against the Union; Trump objected to it in a tweet thread. 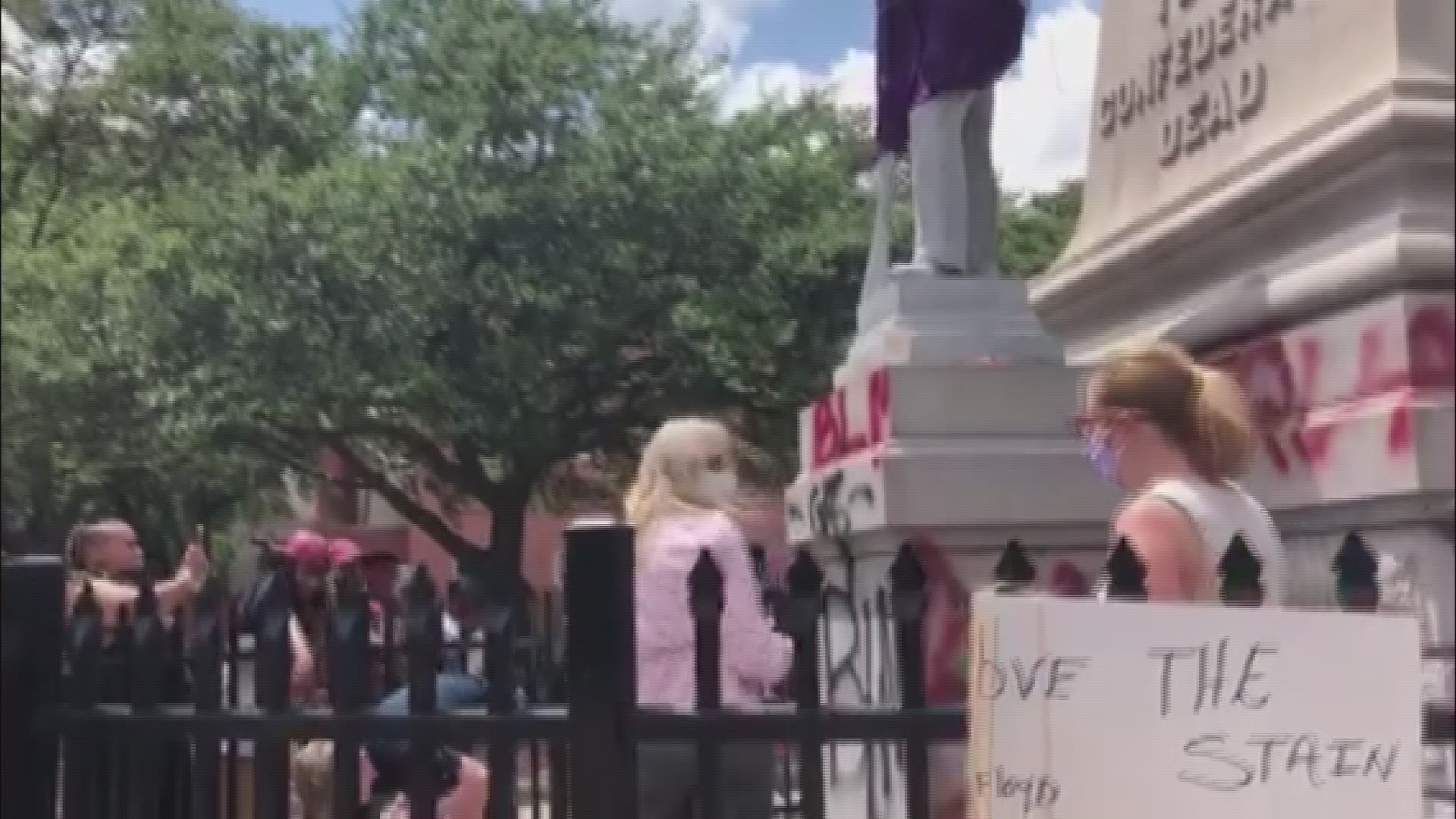 After the U.S. military said it is rethinking its traditional connection to Confederate Army symbols, as it becomes more apparent that the symbols are divisive, the U.S. president made his objection to the idea clear.

At a time when the nation is wrestling with questions of race after the death of George Floyd in police hands, many symbols of the Confederacy are again in the spotlight, highlighting the controversial past they represent.

Wednesday U.S. President Donald Trump tweeted his objection to the idea saying his administration would "not even consider the renaming of" the "installations."

In the Twitter messages Trump wrote, "It has been suggested that we should rename as many as 10 of our Legendary Military Bases." Trump then made it clear he would put up opposition to the military's possible plan and said, "Our history as the Greatest Nation in the World will not be tampered with. Respect our Military!"

Defense Secretary Mark Esper and Army Secretary Ryan McCarthy, both former Army officers, put out word through their spokesmen that they are "open to a bipartisan discussion" of renaming Army bases such as North Carolina's Fort Bragg that honor Confederate officers who led the fight against the Union and directly or implicitly defended the institution of slavery.

Separately, the Navy's top admiral announced Tuesday that he will follow the example of Gen. David Berger, the commandant of the Marine Corps, who last week directed Marine commanders to remove public displays of the Confederate battle flag carried during the Civil War. The flag, which some embrace as a symbol of heritage, "carries the power to inflame feelings of division" and can weaken the unit cohesion that combat requires, Berger has said.

"The Confederate battle flag has all too often been co-opted by violent extremist and racist groups whose divisive beliefs have no place in our Corps," the Corps said in a separate statement last Friday. "Our history as a nation, and events like the violence in Charlottesville in 2017, highlight the divisiveness the use of the Confederate battle flag has had on our society."

Adm. Mike Gilday, the chief of naval operations, directed his staff to begin writing a similar order. A Navy spokesman, Cmdr. Nate Christensen, said the ban would apply aboard Navy ships, aircraft and submarines and at installations.

The Army and Air Force have not yet followed Berger's lead, but a defense official said Tuesday that the issue of banning Confederate Army symbols is now under discussion at the highest levels of the Pentagon. The official spoke on the condition of anonymity to discuss ongoing internal deliberations.

For decades, these issues have arisen occasionally within the military only to return to obscurity with little lasting effect. It may be too early to know whether this time will be different, but Esper's willingness to open the door to a renewed debate over these issues may suggest a chance for change. Esper has not spoken publicly on the subject but indicated through spokesmen that he is open to the idea.

Other aspects of the military's struggle with race relations have come to the fore in the aftermath of the Floyd killing. Senior officers who are African American have spoken publicly about it, including Gen. Charles Q. Brown Jr., who was confirmed by the Senate on Tuesday as the Air Force's first black chief of staff. He and other black military leaders have noted that black people, who make up about 17% of the active-duty armed forces, have long been underrepresented in the military's most senior ranks.

The military prides itself on a record of taking the lead on social change, including in racial integration. But it also has had incidents of racial hatred and, more subtly, a history of implicit bias in a predominantly white institution.

Ten major Army installations are named for Confederate Army officers, mostly senior generals, including Robert E. Lee. Among the 10 is Fort Benning, the namesake of Confederate Army Gen. Henry L. Benning, who was a leader of Georgia's secessionist movement and an advocate of preserving slavery. Others are in Virginia, North Carolina, Alabama, Texas and Louisiana. The naming was done mostly after World War I and in the 1940s, in some cases as gestures of conciliation to the South.

Few voices in the military are openly defending the link to Confederate symbols, but some of the bases named for Confederate officers are legendary in their own right. Fort Bragg, for example, is home to some of the Army's most elite forces. Any decision to change the name at Bragg or other bases likely would involve consulting with officials from the affected states and localities.

Peter Mansoor, a retired Army colonel and veteran of the Iraq war, said in an email exchange that renaming these bases is long overdue.

"Most serving soldiers know little about the history behind the Confederate leaders for whom these bases are named, or the political deals that caused them to be honored in this fashion," he said. "There might be some pushback from a small segment of soldiers from the South, but this is what we like to call a 'teachable moment.' Now is the time to finally bring about a change that will speak volumes as to what the U.S. Army stands for."

David Petraeus, a retired four-star Army general, says the renaming move, which he supports, amounts to a "war of memory," and that before deciding to rename bases like Fort Bragg, where he served with the 82nd Airborne Division, the Army must be ready to follow its own procedures for such change.

"The irony of training at bases named for those who took up arms against the United States, and for the right to enslave others, is inescapable to anyone paying attention," Petraeus wrote in an essay published Tuesday by The Atlantic. "Now, belatedly, is the moment for us to pay such attention."

Fort Bragg was named for Braxton Bragg, a native North Carolinian and Confederate general with a reputation for bravery and mediocre leadership. His forces were defeated at the Battle of Chattanooga in November 1863.

Few in Congress have spoken out on these issues, although Sen. Tammy Duckworth, a former Army helicopter pilot, wrote Monday to the leaders of each of the military services urging them to follow Berger's example in banning public displays of the Confederate battle flag.

"Honoring the 'lost cause' of those who waged war against the United States of America, or defending the right of an individual state to allow its residents to own, sell and kill fellow Americans as property has no place in our nation, especially the U.S. armed forces which waged a deadly war to eliminate the barbaric practice of slavery," Duckworth, an Illinois Democrat, wrote.