The Trump campaign's action illustrates the difficult position Bloomberg's candidacy has imposed on the news organization he founded in 1990. 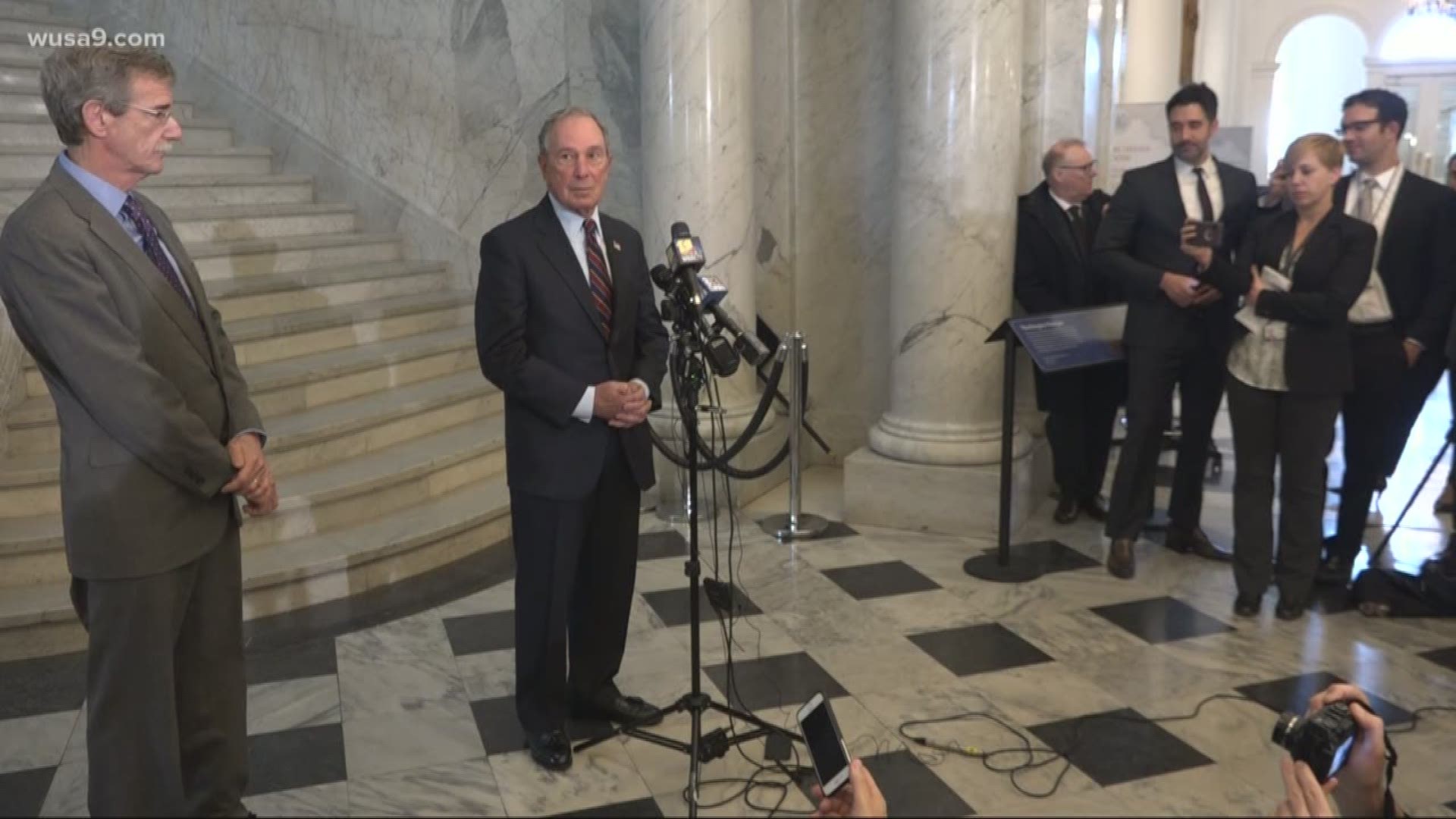 NEW YORK — President Donald Trump's campaign said Monday it will no longer give credentials to Bloomberg News reporters to cover campaign events because of coverage "biases," an accusation that the news organization rejects.

The decision comes a week after the news service's founder, billionaire Michael Bloomberg, announced he was seeking the Democratic nomination for president.

In response, Bloomberg News said it would cover but not investigate its boss, the former New York mayor, and his Democratic rivals. But Bloomberg Editor-in-Chief John Micklethwait said reporters would continue to investigate the Trump administration, as the sitting government.

Trump campaign manager Brad Parscale called it a troubling decision to "formalize preferential reporting policies." He said Bloomberg reporters would no longer be credentialed to cover campaign events until the policy is rescinded.

"As President Trump's campaign, we are accustomed to unfair reporting practices, but most news organizations don't announce their biases so publicly," Parscale said.

Micklethwait said the accusation of bias couldn't be further from the truth.

"We have covered Donald Trump fairly and in an unbiased way since he became a candidate in 2015 and will continue to do so despite the restrictions imposed by the Trump campaign," he said.

The Trump campaign's action illustrates the difficult position Bloomberg's candidacy has imposed on the news organization he founded in 1990.

By saying reporters could not investigate Bloomberg or his Democratic rivals, some critics have said this would prevent the news organization from doing in-depth reporting on the campaign. Bloomberg officials say it's a position they've navigated before when he was mayor.