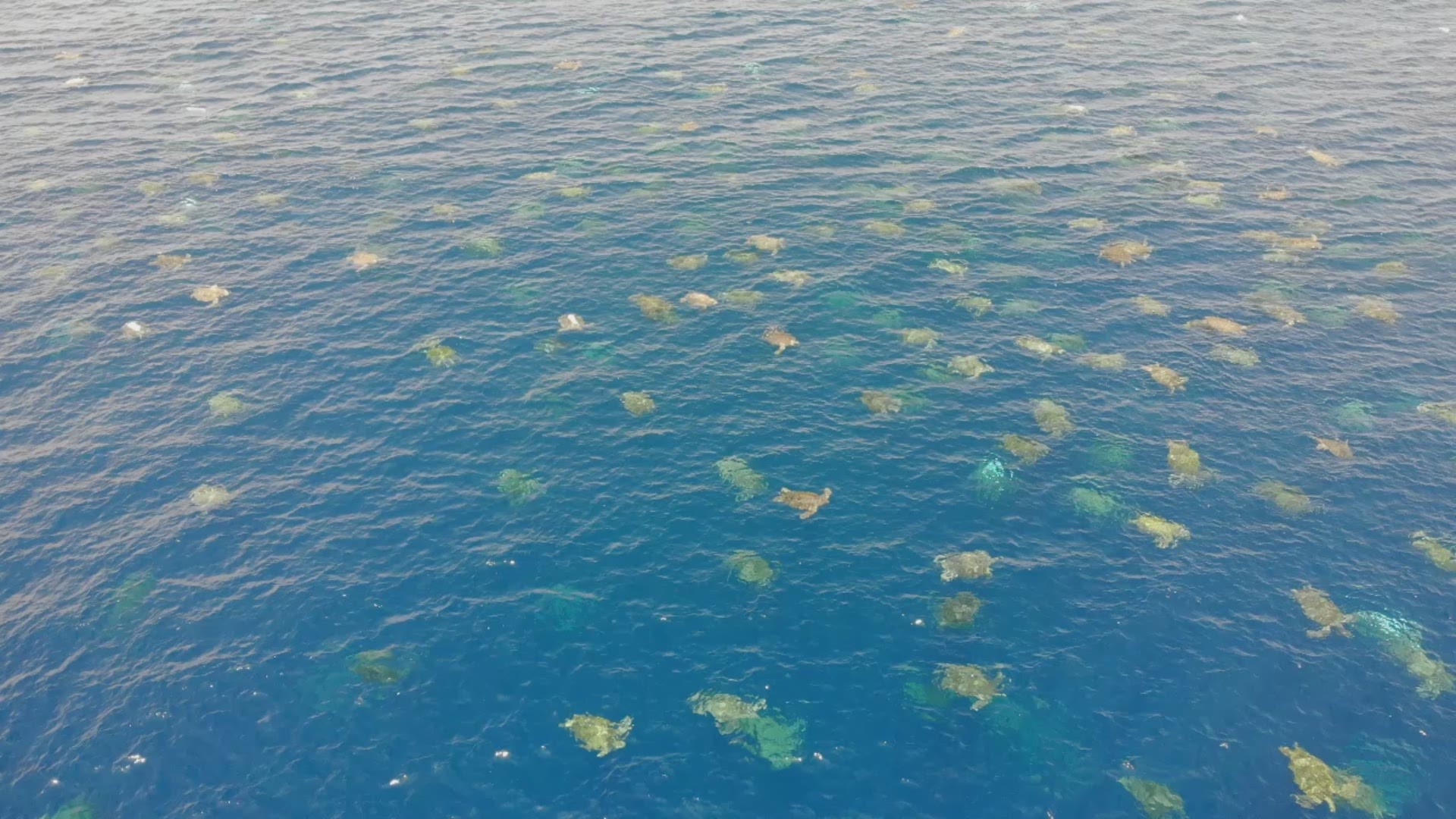 WASHINGTON — Video just made available by the Australian government shows how researchers at the Great Barrier Reef's Raine Island captured breathtaking footage of a massive bale of turtles ready to nest.

According to the Raine Island Recovery Project and Australia's Queensland Government, at least 64,000 green turtles were captured on the drone video waiting to come ashore and lay eggs.

The author of the paper on the study said researchers were there to experiment with different methods to investigate turtle populations. Dr. Andrew Dunstan of the Department of Environment and Science in Australia said, "drones, or Unmanned Aerial Vehicles (UAVs), were found to be the most efficient survey method.”

Dunstan has said that while many green turtles come to Raine Island to nest, he says for some it's very literally an uphill struggle.

Researchers also looked at how using an underwater Go-Pro camera could be beneficial. Previously, researchers used a more laborious technique of painting a mark on the turtle's shells and then counting them from a boat, but according to Dr. Dunstan, "eyes are attracted much more to a turtle with a bright white stripe than an unpainted turtle, resulting in biased counts and reduced accuracy."

RELATED: NASA looking for study participants to stay in a Russian lab for 8 months

According to Dunstan, trying to count "thousands of painted and unpainted turtles from a small boat in rough weather was difficult. Using a drone is easier, safer, much more accurate, and the data can be immediately and permanently stored,” he said.

Images captured by the drone were analysed by researchers later, frame-by-frame, which reduced analysis errors as well. The careful research led scientists to discover that they had under-counted the turtles in past studies.

The drone video, taken in December of 2019, has now been carefully analysed by researchers who determined that, amazingly, nearly 70,000 green turtles were waiting to nest on Raine Island as they swam closer to shore.

The Raine Island Recovery Project now knows that they can capture these turtles on drone footage in under an hour, and then return with the video to be carefully studied and referred back to, in an effort to reduce errors.