The ferocious marsupials, made famous by Bugs Bunny cartoons, went extinct on the mainland before Europeans arrived. Now they're being repopulated. 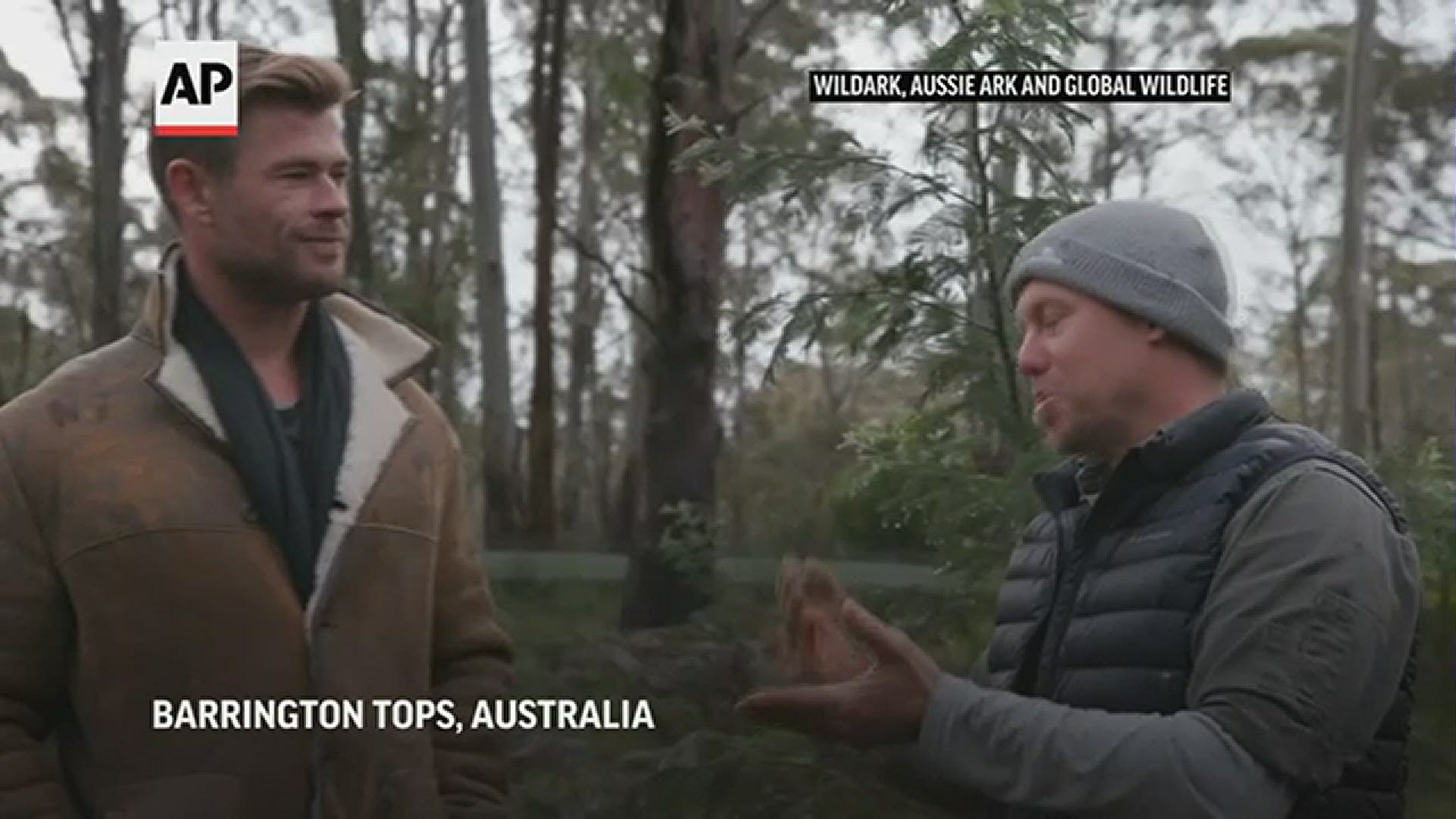 JAKARTA, Indonesia — Tasmanian devils, the carnivorous marsupials whose feisty, frenzied eating habits won the animals cartoon fame, have returned to mainland Australia for the first time in some 3,000 years.

“Seeing those devils released into a wild landscape — it’s a really emotional moment,” said Liz Gabriel, director of conservation group Aussie Ark, which led the release effort in partnership with other conservation groups.

The 11 most recently released devils began exploring their new home once they were freed from round, white cages at the nearly 1,000-acre Barrington Tops wildlife refuge in New South Wales state, about 190 kilometers north of Sydney.

Credit: AP
FILE - In this Dec. 21, 2012, file photo, Big John the Tasmanian devil growls from the confines of his tree house as he makes his first appearance at the Wild Life Sydney Zoo in Sydney. Tasmanian devils, the carnivorous marsupials whose feisty, frenzied eating habits won the animals cartoon fame, have returned to mainland Australia for the first time in some 3,000 years. Conservation groups have recently released some cancer-free devils in a wildlife refuge on the mainland, and they plan to release more in the coming years. Their hope is that the species will thrive and improve the biodiversity.  (AP Photo/Rob Griffith, File)

Tasmanian devils, which were once called Sarcophilus satanicus or “Satanic flesh-lover," went extinct in mainland Australia before the arrival of Europeans. Scientists believe the introduction of carnivorous dingoes, a surge in the indigenous human population, and a devastating dry season cause by a prolonged El Nino caused the devil to migrate to present-day Tasmania, said University of Tasmania ecologist Menna Jones.

“I think any one of those three factors alone probably wouldn’t have caused extinction — but the three of them together likely caused the devil to become extinct on the mainland,” she said.

Devils have been protected in Australia since 1941, and conservationists have worked to bolster their populations for years, citing their importance as top predators who can suppress invasive species — like foxes and feral cats — and in turn protect smaller species and biodiversity.

Credit: AP
In this photo provided by WildArk, actors Chris Hemsworth, left, and Elsa Pataky help release Tasmanian Devils into the wild at Barrington Tops, New South Wales state, Australia, Sept. 10, 2020. Tasmanian devils, the feisty marsupials who rose to fame from their representation in cartoons, recently made their return to mainland Australia for the first time in some 3000 years. (Cristian Prieto/WildArk via AP)

One of the biggest blows to conservation efforts came in the 1990s when a communicable cancer called devil facial tumor disease — which passes between devils through their bites while mating and causes large tumors that prevent them from eating — reduced the population from some 140,000 to as few as 20,000.

In response, researchers established an insurance population of cancer-free devils in wild-type enclosures in Australia's island state of Tasmania. But the releases in July and September are the first time the squat mammals — all of which have tested negative for the contagious cancer — have been released on the mainland in a protected wild landscape.

RELATED: Fanged mouse-deer once thought to be extinct rediscovered in Vietnam

Gabriel said Aussie Ark aims for devils eventually to live in non-protected areas in mainland Australia, with the hope the devils will contribute to keeping cat and fox populations under control.

Some experts question whether the introduction would have that hoped-for level of impact.

Nick Mooney, an Australia conservationist who has worked with Tasmanian devils for some 40 years, said feral felines are likely to return to hunting for a food source rather than relying on carrion in competition with the devils.

“There is an argument that by putting devils into a situation where you stop the other carnivores scavenging is that those animals, like cats and foxes, will simply start hunting. You could actually make a conservation problem where it didn’t exist before,” said Mooney.

There’s also a matter of reputation. While devils tend to feed on small mammals they’re also known to eat the carcasses of cattle and sheep, potentially making them a nuisance to farmers.

For now, the devils released this year and those expected to be released in coming years won’t go into the wild just yet. Instead they will receive supplementary feedings and be monitored by remote cameras, with some devils tagged with GPS trackers to learn more about how they adjust in their new environment, said Gabriel.

“We dream of many more sanctuaries with devils in them and really growing the numbers of the species to protect that species, but also the animals in the environment around them,” she said. “This is just the beginning.”